Although India continues to be the eternal enemy of Pakistan, the people of Pakistan no longer blindly yield to the establishment’s narrative – a narrative inventively built by showcasing some illusory Indian threat. Islam, too, continues to be a national unifier for Pakistan to some extent. But Islamabad’s Islam fails to make that appeal against sub-nationalism and regional aspirations bearing their own underpinnings of Islam. The US and the West could still be pulling the purse strings of Pakistan, but China is the new supplier of guns. A lot of water has flowed under the bridge since Musharraf was unseated, thereby transforming the nature of Pakistani politics.

Pakistan Democratic Movement (PDM) has just undergone the first phase of its struggle. The idea behind this is a fight for real democracy where people actually share power through the ballot; a system that respects each vote. This philosophy has resonated with the masses in Pakistan and caught their imagination. On July 25, 2018, in the general elections held in Pakistan, there were allegations of rigging. The general feeling that prevailed was that the present Chief of Army Staff, Pakistan Army, General Qamar Bajwa, had a hand in rigging the elections. The aim was to deny a second term to Nawaz Sharif, a hugely popular Punjabi leader who challenged the Pakistan Army’s stranglehold over its governance and polity. Imran Khan was selected as the Prime Minister as a replacement under some abstruse deal. The common Pakistani felt cheated as his vote had been robbed and ever since, there has been a simmering resentment. Imran’s use of the corruption plank and conspiracy theories to muzzle democratic voices and decimate opposition, has aided in stoking the fire. The people of Pakistan demand transparent elections and true democracy, free from any interference from the military-establishment.

Stifled and cornered, Pakistani opposition parties are now on a collision course with the all-powerful Pakistan Army. Open criticism of the Pakistan Army and ISI chief are getting shriller by the day. The PDM has attracted massive crowds in their jalsas (public rallies) creating tremors within the establishment. The military continues to monitor up close as this movement unfolds. The recently held mass rallies by PDM at Gujjranwala in Karachi, and the latest being at Quetta saw overwhelming public support cutting across party lines. These are not good signs for General Bajwa.

The PDM is being spearheaded by Pakistan Muslim League’s Nawaz faction. Former Prime Minister of Pakistan, Miyan Nawaz Sharif is guiding this movement in exile and his daughter, Mariyam Nawaz is the torch bearer back home. Among the other aspects of her mass popularity and support, there was one gesture that caught attention all across, signalling the winds of change. Striking the right chord, Mariyam Nawaz at Quetta embraced the aggrieved family members of those who had ‘gone mysteriously missing’ or have been the victims of ‘enforced disappearances’. She spoke about these victims and warned those responsible for such heinous crimes. This is the first time that the Punjabi heartland was listening to the plight of those from the periphery and hitherto marginalised people.

The strategy of kidnapping and elimination in the national interest was built over the years ensuring supremacy of Pakistan Army/ISI as sole power brokers in that country. Unleashing terror amongst those who opposed them, the generals could suppress any legitimate political descent all over Pakistan, and not just in Baluchistan alone. The Army’s position of power has thus been well-ensconced. Often used as a euphemism, the term ‘enforced disappearances’ in Pakistan originated as a practice during the reign of the military dictator General Pervez Musharraf. The practice continued during the tenure of subsequent governments including those led by Sharif and Zardari, although it is not difficult to guess the powers behind those disappearances. The missing persons under this category are more than 5,000 and have been reported as cases of ‘enforced disappearances’ in Pakistan. This is a form of targeted killings of its own citizens by state-sponsored terror. The establishment has used this terror mechanism against civilian nationalists such as Balochis, Sindhis, Pashtuns, Punjabis, Muhajirs, Hazaras, Ahmadiyas and Shias.

The gesture by Maryam Nawaz showing compassion towards the families of those, who had disappeared, signals inclusion and reconciliation. Coming from the most popular Punjabi leader from Lahore, a nerve centre for all the politics and power in Pakistan, it indicates a major shift in the political attitude in Pakistan. To get that perspective correct, we need to relook at some facts. Pakistan’s second largest state, Punjab, constitutes more than fifty percent of Pakistan’s population. Economically it is the largest contributor – Pakistani Punjab contributes 57 percent to Pakistan’s economy followed by Sindh’s 27.5 percent, KP’s 8 percent and Baluchistan’s 3 percent while the rest contribute 2.5 percent. In short, Pakistan is Punjab and Punjab is Pakistan. Thus, Maryam, who at Quetta has literally challenged the military’s policy of forced disappearances as a tool of political coercion setting Pakistan on a new course of realisation and reflection.

As the political crisis exacerbates, it is unlikely that Pakistan’s military proclivities will manage to stymie this movement.

The PDM comprises eleven mainstream and sub-nationalist parties representing nearly seventy to eighty percent of the Pakistani public opinion. Importantly, leaders such as Mohsin Dawar, Sardar Akhtar Jan Mangal and Mahmood Khan Achakzai, who were accused of treason when they talked of federalism and missing persons, are also a part of this grand movement. The spectrum of the PDM leaders ranges from those representing sub-nationalism and the marginalised from Sind, Baluchistan, and Pakhtunkhwa, to major politico-religious figures such as Maulana Fazllur Rehman, to powerful political czars from Punjab and Sindh, the Sharifs and the Bhuttos. This array makes this eleven a formidable force of national unity; a unity hitherto never seen in the history of Pakistan since its independence.

Traditional supporters of the military have been the Islamic parties. Now they are the other side – reason enough for the military establishment to worry. The storm may appear on the distant horizon yet it is gathering momentum. Those who have enjoyed power in different forms, right from Ayub to the present army chief, General Qamar Bajwa, need to be a worried lot. Pakistan’s state institutions, especially the military and the intelligence services, have played a leading role in building up Pakistani national identity since her emergence as an independent Islamic state. Over time, a strong alliance between the Mullahs and the military was forged as a grand strategy; this alliance appears to be over. The beginning of this rift can be traced to the storming of the Lal Masjid and Jamia Hafsa Madrasa complex in Islamabad in July 2007, on General Musharraf’s orders.

Maulana Fazllur Rehman of Jamiat Ulema-e-Islam (F)(JUI)and Jamiat Ahle Hadit (JAH) are major Islamist political forces that are openly opposing the military and are a strong component of the PDM in the fight for democracy. Also, tacit support of Jamiat-e-Islami (JI) of Madudi, a major radical Islamist organisation having a large urban base, should be counted in with the PDM. Although they are not openly aligned with the PDM, in the past they have been part of the Muttahida Majlis-e-Amal (MMA) comprising all the Islamist parties including JUI and JAH in the elections in 2002 and 2018. Seeing this tilt of these Islamic parties, it is safe to assume that lady luck is now with the Pakistan Democratic Movement.

These radical Islamic parties may have a very small footprint on the political canvas of Pakistan. However, the indirect power that they wield over the Pakistani masses, is prodigious, and this power of the Mullahs was understood by Jinnah way back in 1945. He wanted the idea of Pakistan to become a reality and the mullahs helped him by encouraging the underlying religiosity amongst the Muslims that they would become better Muslims once a Muslim state was established. In the 1937 elections, the Muslim League had won two out of 86 seats in Punjab. However, in the 1946 elections, the League saw a spectacular victory winning 79 out of 86 seats. The ulema had played a vital role by evoking religious sentiments. They were the sajjadanashins, the hereditary heads of Sufi shrines and their supporters who swung the opinion in Jinnah’s favour. Their message was simple – those who vote for the Muslim League are true Muslims, and those who vote against are Kafirs who would go to hell after their death and would even be denied burial in a Muslim cemetery. This worked.

The Pakistan military has always utilised this mullah power to undermine the democratic forces and has taken their support to legitimise the martial law or their proxy rule at will. From Ayub Khan till Musharraf, all the military dictators have strongly propagated a three-legged policy – India as Pakistan’s eternal enemy, Islam as a national unifier and the United States as the provider of dollars and the guns. All this is now changing and changing fast. The three legs of the Pakistani philosophy are undergoing a huge transformation. As with all over the world, state-controlled media is no more the opinion maker in this age of internet. Narratives are challenged and demolished much before they are invented. 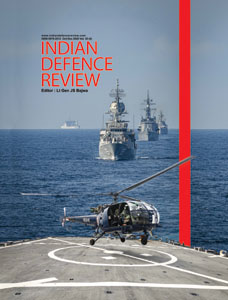 Although India continues to be the eternal enemy of Pakistan, the people of Pakistan no longer blindly yield to the establishment’s narrative – a narrative inventively built by showcasing some illusory Indian threat. Islam, too, continues to be a national unifier for Pakistan to some extent. But Islamabad’s Islam fails to make that appeal against sub-nationalism and regional aspirations bearing their own underpinnings of Islam. The US and the West could still be pulling the purse strings of Pakistan, but China is the new supplier of the guns. A lot of water has flowed under the bridge since Musharraf was unseated, thereby transforming the nature of Pakistani politics.

The month of November this year is going to be a lean period for the PDM. The second phase of jalsas will begin from Peshawar on November 30. In this lean phase, the PPP and PMLN are pitted against each other in a triangular fight with the PTI for power in Gilgit Baltistan which goes to polls on November 15. The impact of these elections will lie in transparency and fairness, failing which, the momentum of the PDM will be even more aggressive and voices of dissent, even shriller. On the other side, with the deepening political uncertainty, Tehreek-e-Taliban has started raising its head once again in the North-west throwing down the gauntlet to the Pakistan army.

As the political crisis exacerbates, it is unlikely that Pakistan’s military proclivities will manage to stymie this movement. As it unfolds, this political drama is likely to reach critical mass by the end of March in 2021. These developments will have greater implications in the region and India needs to be curious as well as vigilant.