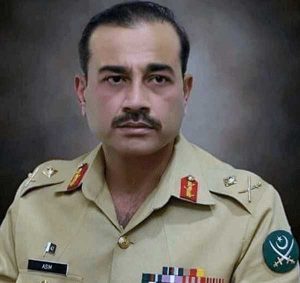 Some feel that Lt Gen Asim Munir’s elevation as Pakistan army chief, resignation of former ISI chief commander of Peshawar based XXXI Corps Lt Gen Faiz Hameed and the Tehreek-e-Taliban Pakistan [TTP] terrorist group calling off its ceasefire are unrelated incidents. However, there are others who think otherwise and are convinced that with all these incidents occurring near simultaneously can’t be coincidental, and they have good reasons to believe so.

In Pakistan, selection of army chiefs has mostly been an arbitrary affair that doesn’t follow the logical ‘seniority thumb rule’. This is amply evident from the fact that out of 15 Pakistanis who became army chiefs, only five [Gens Tikka Khan, Aslam Baig, Jahangir Karamat, Ashfaq Pervaiz Kayani and current incumbent Asim Munir] didn’t not supersede any officer. While outgoing army chief Gen Qamar Javed Bajwa himself superseded two seniors, it was Gen Zia ulHaq who set a record of sorts in 1976 by superseding not one or two, but seven senior Generals!

Since Gen Munir was the senior most serving officer in the reckoning, his appointment as Pakistan army chief had no scope of becoming controversial. And even though he was due to retire two days before his predecessor Gen Bajwa did, the President’s approval of Gen Munir’s selection as army chief just before the date of his superannuation made his assignment legitimate. So, isn’t it rather surprising that despite being junior to him, Lt Gen Fiaz Hameed still chose to resign?

It was actually unprecedented delay by Prime Minister Shehbaz Sharif in forwarding Gen Munir’s name as Gen Bajwa’s successor that gave rumour mongers the necessary space to speculate and lend this routine process a political hue. Lt Gen Hameed’s resignation added more fuel to fire and once again brought to fore the enduring role of Pakistan army in the country’s politics. So, while former army chief Gen Bajwa may have said that “the army, after great deliberation, [has] decided that it would never interfere in any political matter,” adding that “I assure you we are strictly adamant on this and will remain so,” not many are willing to believe this.

With only a nine-month stint as Director General [DG] of Pakistan army’s spy agency Inter-Services Intelligence [ISI], Gen Munir holds the record of having the shortest tenure as Pakistan’s spy master. Known to be an upright and professionally competent, he was prematurely removed thanks to the insistence of the then Prime Minister Imran Khan. Many believe that because of his unceremonious ouster, Gen Munir would have an axe to grind with the PTI chief.

Thus, he would prove to be an ideal ‘asset’ for not only reining-in but also politically ‘destroying’ the defiant PTI chief. This in itself was a reason good enough for Shehbaz Sharif to select him and the seniority factor was just incidental! [However, since none of the army chiefs handpicked by prime ministers have ever stood by their benefactors in times of need, for Sharif to expect Gen Munir to be his ‘Man Friday’ may well turn out to be a case of great expectations!]

It was Khan’s favourite Lt Gen Faiz Hameed who had replaced Gen Munir as DGISI. Known for his over-inflated ego, Lt Gen Hameed projected himself as the architect of Taliban’s swift sweep across Afghanistan after withdrawal of coalition forces in August 2021. He shot to fame when photos of him sipping tea in Kabul’s famous Serena Hotel went viral on social media, less than a month after Taliban seized Kabul. Due to his closeness with Khan and flaunting his Taliban connections, Lt Gen Hameed soon turned into a hot potato for Rawalpindi.

So, despite objections from the prime minister, Gen Bajwa removed Lt Gen Hameed as DG ISI and bundled him off to command the Peshawar corps. Gen Hameed surely must have felt slighted by this move, but didn’t show any signs of annoyance. Au contraire, using his close connections with Afghan Taliban and proximity to TTP, he continued to head talks with TTP to negotiate a peace plan. Hence, his abrupt decision to resign immediately after Gen Munir’s appointment as army chief clearly suggests that he was sanguine about being chosen to replace Gen Bajwa- and when this didn’t happen, the conceited Lt Gen Hameed decided to call it a day!

Lastly, we come to the intriguing development of TTP suddenly calling off its June ceasefire. Citing “a series of non-stop attacks were launched by the military organisations in Bannu’sLakkiMarwat district” as the tipping point for this decision and ordering its cadres to “to carry out attacks wherever you can in the entire country [Pakistan].” Pakistan army and para militaries may be launching ‘intelligence-based operations’ against TTP, but nothing so spectacular or enormous has happened on this front in the recent past that could justify the TTP rescinding its ceasefire.

Conversely, it’s the TTP that has escalated attacks against the Pakistan army, Frontier Corps and police forces. According to Pakistan Institute for Conflict and Security Studies [PICSS], while TTP carried out 31 attacks in killing 37 and injuring 55 people in August, the number of TTP attacks in September surged to 42.  This Islamabad based think-tank, has also revealed that in the erstwhile Federally Administered Tribal Areas [FATA] and Khyber Pakhtunkhwa [KP] regions, there was a 106 percent increase in TTP perpetrated violence.

While resident of these areas took to the streets protesting against the continuing influx of TTP terrorists and this issue even came up for a heated discussion in the Senate on why the lawmakers were being kept in the dark on ongoing negotiations with this terrorist group. However, rather than act decisively against TTP cadres, the Pakistan army has been turning a Nelson’s eye towards the rapidly deteriorating law and order situation here. Abject abdication of constitutional responsibility by the Pakistan army is being viewed by many as an intentional act of omission on its part just to appease and pacify TTP.

Many analysts opine that the reason proffered by TTP to end the ceasefire isn’t compelling. So, what could be the real reason? Though it might sound outlandish but Lt Gen Hameed’s resignation may well be the most likely reason, since without him leading negotiations from the Pakistani side and with Khan out of power, TTP is aware that it would no longer be able to maintain the advantageous position which it has hitherto fore been enjoying due to Lt Gen Hamed’s unusually ‘accommodative’ approach.

Given Lt Gen Hameed’s closeness to TTP, it’s not beyond the realm of possibility that after being overlooked for the rank of army chief, the scorned former DG ISI may be attempting to get even by instigating TPP to recommence attacks, or trying to reaffirm his ‘indispensability’ as a negotiator. As such, if Gen Munir’s elevation, Lt Gen Hameed’s resignation and TTP suddenly calling off its ceasefire is really just a happenstance, then it’s certainly the ‘mother of all coincidences’!