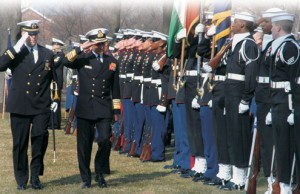 The Kelkar Committee report, as you know had focused on “strengthening self-reliance in defence preparedness”, and this has logically led them to recommend measures which will create synergies between the private and public sectors, thereby involving the country’s best industrial resources in defence capability building.

There used to be a school of thought in the Armed Forces, which said: “my job is to defeat the nation’s enemies, and I don’t care if I do it with an Indian bullet or an imported one. Just make sure that I have a bullet that works, and that its there when I need it.” Now this may sound incredibly shortsighted, but it reflects the soldier’s impatience with delays, which had become endemic in our procurement system.

But over the years, we have become wiser and learnt through bitter experience, that in the long term, it is only the metaphorical “Indian bullet” which will actually defeat the enemy and truly save the nation. The scrapping of the Industrial Policy Resolution of 1956 and opening of the defence sector to private industry is very much a part of this process, which will give us the “Indian bullet”.

There are many who criticize India’s early leadership for the heavy emphasis on state control and investment in the Public sector. Hindsight does bring a lot of wisdom, and it is now obvious that countries have to evolve policies to suit the needs of a particular time, and specific situation.