Optimising the Potential of Special Forces 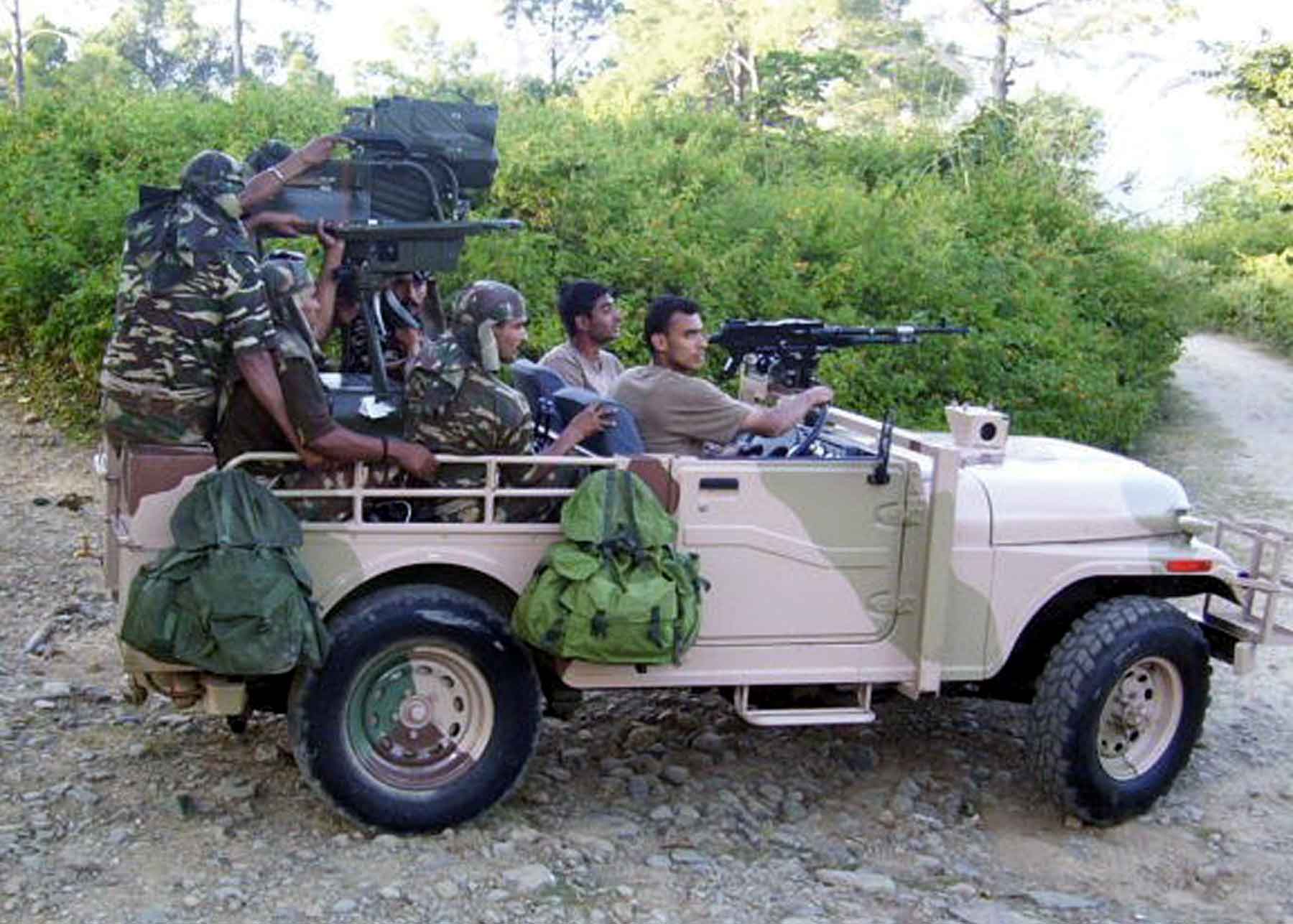 In India, the lack of strategic culture, more on account of keeping the military out from strategic military decision making, has led the hierarchy to believe that conventional forces coupled with nuclear clout can deter us from irregular threats. Nothing can be farther from the truth. Pakistan, though conventionally inferior, has been successfully playing her ‘thousand cuts policy’ knowing full well that India has failed to develop the required deterrent. It is our inability to find a cure to this Achilles’ heel, that has led China, which was hitherto using Pakistan as proxy to wage irregular war on India, now directly aids and supports insurgent and terrorist outfits inside India.

A lackadaisical approach to internal security and failure to coordinate a response has been the bane of the problem in India.

The last conventional war was fought between Russia and Georgia in 2005. In the case of India, the last conventional war or rather conflict was in 1999 in the Kargil region though Musharraf wanted the world to believe that so-called freedom fighters were fighting the Indian Army and not Pakistani regulars (Northern Light Infantry and SSG). Over the last two decades, conflict has increased exponentially with regular armies fighting irregulars or between irregulars, latter more so because of sectarian reasons rather than ideology. In India, irregular forces have been confronting the security sector. In a rogue neighbour like Pakistan, the term ‘non-state actors’ is a misnomer. The notorious exploits of the ISI have led the Deputy NSA to call upon the international community to label it a ‘terrorist organisation’.

In India, the lack of strategic culture, more on account of keeping the military out from strategic military decision making, has led the hierarchy to believe that conventional forces coupled with nuclear clout can deter us from irregular threats. Nothing can be farther from the truth. Pakistan, though conventionally inferior, has been successfully playing her ‘thousand cuts policy’ knowing full well that India has failed to develop the required deterrent. It is our inability to find a cure to this Achilles’ heel, that has led China, which was hitherto using Pakistan as proxy to wage irregular war on India, now directly aids and supports insurgent and terrorist outfits inside India.

A lackadaisical approach to internal security and failure to coordinate a response that includes external factors has been the bane of the problem in India. This is further aggravated by lack of governance, inadequate laws and lack of implementing existing laws on account of vote-bank politics. Mismanagement of social change has increased strife. We continue to retain the label of ‘soft state’ with actions like permitting Hurriyat to meet Pakistani visitors inside the Pakistani embassy, granting visas to Hurriyat to seek blessings of Hafiz Saeed in Pakistan and politicians shunning bureaucratic advice to not invite Rehman Malik and to not entertain Raja Pervaiz Ashraf visiting Ajmer privately. Incidentally, in a book authored by Sheikh Mujibur Rehman prior to the formation of Bangladesh, he wrote, “Because Eastern Pakistan must have sufficient land for expansion Eastern Pakistan must include Assam to be financially and economically strong.”

In a rogue neighbour like Pakistan, the term ‘non-state actors’ is a misnomer.

Ironically, our politicians permitted the take-over of Assam by illegal Bangladeshi migrants (facilitating their Indian citizenship) through the infamous 1983 Illegal Migrants (Determination by Tribunal) (IMDT) Act till it was struck down by the Supreme Court of India in 2005, but not before Assam was reduced to a Hindu minority state. Today, the MHA has banned no less than 35 terrorist organisations in India, though there are many more that need banning, like the Kerala headquartered Popular Front of India (PFI). Lack of an Internal Security Strategy, governance and aforesaid factors have provided an enormous asymmetric battlefield to our adversaries anchored around the Maoist insurgency, and China and Pakistan would be foolish not to exploit it.

Based on the 1960’s advice of China, Pakistan has raised anti-India jihadi forces and inducted armed modules pan-India that were identified in some ten states including Assam, West Bengal and Kerala in 1992-1993. SIMI started sending cadres to Pakistan for training with the mujahedeen, Taliban and Al-Qaeda and established linkages with radical organisations in Bangladesh for terrorist training. In recent years, Pakistan’s ISI had organised nucleus Maoist training in mines/IEDs/explosives with LTTE that is extracting a heavy price through CRPF cadres being killed and maimed. China backs the Maoist insurgency in India. Not only is China providing sophisticated weapons and communication equipment to the Maoists but over past several months, has provided arms manufacturing facilities to Maoists within India and to Kachen rebels in Myanmar. The Indian Mujahideen (IM) is the creation of Pakistan and the latter’s involvement in various terrorist acts including the recent Hyderabad blasts is unmistakable. The LeT has been hobnobbing with the Maoists and both LeT and Al Qaeda have established roots in Kerala and are deeply linked with the PFI.

India must also focus on the Chinese ‘String of Pearls’ surrounding us being reinforced by radical Islamic terrorism, particularly in Bangladesh and Maldives as it will fuel our internal security situation further. India has been talking of a cold start strategy for many years but Bangladesh too was practicing cold start during the BNP regime headed by Khaleda Zia through annual exercises racing for the Siliguri Corridor. That is the reason why China and Pakistan are trying their level best to integrate and boost insurgencies within India. It is no secret that the BNP-led government in Bangladesh has always been pro China and Pakistan. It is supported by terrorist organisations including Jamat-e-Islami and Ahle Hadith Andolan that are viciously anti-India and are funded by Saudi Arabia in a major way.

The cold start by Bangladesh independently is little threat but when viewed in conjunction with China’s designs for Doklam Plateau in Bhutan, the state of Arunachal Pradesh and the strategic footprints already made in Northern Nepal, the threat magnifies. In Maldives, the advent of radicalism and anti-India perceptions have been building since 2005 when the youth started going for training under the LeT in Pakistan, drugs started flowing in and signs of radicalisation became visible on the streets. It did cause alarm bells in the Maldives National Defence Forces (MNDF) but nevertheless radicalism is on the rise. In a country where, as per 2008 estimates, there were 70,000 foreign employees and some 33,000 illegal immigrants, the presence of Al Qaeda and LeT in Maldives cannot be ruled out, as would be their links with their operatives and PFI in Kerala. This poses a major threat to soft targets in South India. Additionally, China’s newfound interest in Maldives may advertently or inadvertently help spur anti-India sentiments there.

Operation ‘Parakaram’ should have been proof enough that conventional power by itself is no panacea to irregular threats. During Parakram, Musharraf kept taunting India to cross the LoC and upped his nuclear sabre rattling. India’s inability to establish an irregular deterrent has led Pakistan to high levels of arrogance and obduracy in continuing terrorist attacks in India. During live TV debates in the aftermath of the recent grotesque incident of the beheading of an Indian soldier and the blasts in Hyderabad some former Pakistani military officers displayed conceit – even challenging India to launch its Strike Corps. It is not that our intelligence agencies have been lacking in advice. Maloy K Dhar, former Joint Director IB wrote in his book ‘Open Secrets – India’s Intelligence Unveiled’ thus, “I continued to advocate for an aggressive and proactive counter and forward intelligence thrust against Pakistan. My voice was rarely heard and mostly ignored…The Pakistani establishment is a geo-political bully. The best response to blunt such a bully is to take the war inside his home. India has allowed itself to be blackmailed by Pakistan even before it went nuclear. The sabre rattling of ‘coercive diplomacy’, which is nothing but sterile military power, cannot convince the Islamist Pakistani establishment that India can take the border skirmishes inside their homes and hit at the very roots of the jaundiced Islamist groups.” 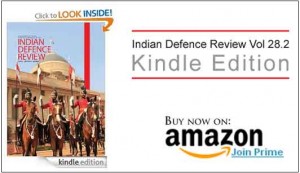 Why the US has managed to secure its mainland post 9/11 is not only because of an efficient Homeland Security organisation but because the US Special Forces (USSF) are operating in 200 countries including India. Significantly, USSF have undeclared tasks such as conducting proactive, sustained ‘man-hunts’ and disrupt operations globally; building partner capacity in relevant ground, air and maritime capabilities in scores of countries on a steady – state basis; helping generate persistent ground, air and maritime surveillance and strike coverage over ‘under-governed’ areas and littoral zones and employing unconventional warfare against state-sponsored terrorism and trans-national terrorist groups globally. Before 26/11, Al-Qaeda had planned similar operations against New York but could not because the USSF had infiltrated Al-Qaeda. One cannot guard the house by simply barricading it. You must patrol the streets and the area outside.

Growing inter-dependence and interlinking of terrorist groups regionally and internationally should be a matter of serious concern. It is not the US alone that has deployed its Special Forces abroad. This is the case with most advanced countries including UK, Russia, Israel, China and even Pakistan. Pakistan’s SSG was operating with the Taliban in Afghanistan and has been active in Jammu and Kashmir, Nepal and Bangladesh, primarily training anti-India forces. There is a strong possibility of their presence in the Maldives and Sri Lanka as well, aside from presence within India. The Chinese have been smarter. For all the development projects throughout the globe, including in Myanmar, Nepal, Pakistan-POK, Sri Lanka, Bangladesh and Seychelles, contracts underway by PLA-owned/affiliated companies employ serving and veteran PLA soldiers and disguised Special Forces with assigned tasks, including evacuation of Chinese citizens from that country in case of emergencies.

2 thoughts on “Optimising the Potential of Special Forces”