Home  >  News  > Military & Aerospace  >  One Rank One Pension: an obligation to be fulfilled

One Rank One Pension: an obligation to be fulfilled 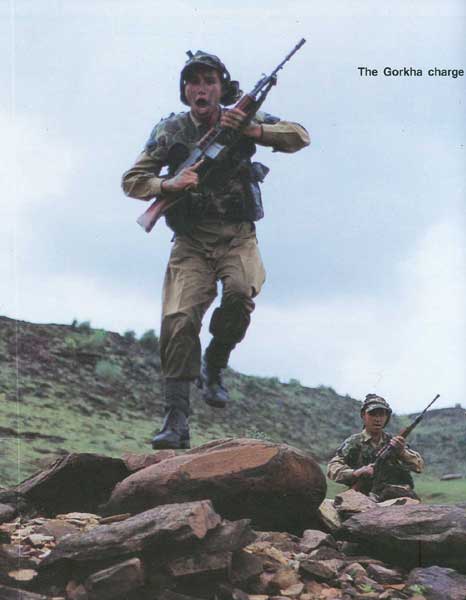 In democracies, bureaucrats with their political masters run the show, and it matters little to them that the nation’s Armed Forces creates conditions to run that show in a secure environment. Democracy means civilian control over Armed Forces, but it is conveniently forgotten that ‘control’ demands including the Armed Forces in the decision matrix on anything that impacts the security of that democracy.

In India an immature political leadership controlled by extra constitutional power centres, has connived with a self-serving bureaucracy to make irresponsible and unaccountable use of the Armed Forces, and keeping them out of the decision matrix, even when military options are discussed. The Indian fauji has no political ambitions and eschews interference in governance at all levels. Concurrently our intelligence community have created a bogey about a military coup, exacerbating the exclusion of valuable military advice in decisions involving India’s security. This is tragic for our young nation, where despite coups all around us, we have a proven apolitical cadre of military personnel.

The disdain for Indian Armed Forces, consistently demonstrated by the politico-bureaucratic-extra constitutional combine, is translated into negation of a justified demand for One Rank One Pension, (OROP).

What has this to do with Pensions?

The Two Truths. The public is ignorant about two vital aspects. First the canard perpetrated by civil servants about military coups in India is neither discussed on TV nor written about in national/regional dailies, thus this travesty of truth remains hidden. Second, military personnel retire at a relative young age around 50 years; their civilian contemporaries retire at 60 years. It is critical that these two truths are stated in electronic & print media both regional and national to educate our population. When the possibility of Armed Forces staging a coup is ridiculed on TV and in print, then the politician cannot accept this theory. Sadly the media has failed the nation and our military in particular, by neglecting this issue.

…to mistreat and deliberately mismanage the issue of OROP is criminal with serious implications on both external and internal security of India.

Disregard & Disinterest. The so called upper classes, elite, bureaucrats/technocrats/business entrepreneurs/rich professionals couldn’t care less about what the faujis do, what they get, how they manage their affairs and such tiresome issues. When they are safe, secure and successful, the fauj is irrelevant. Whether the material and emotional wherewithal given to the fauji and his family is adequate for maintenance of national security and safety, is far from their minds. They pay taxes and expect the Govt to ensure their security to generate wealth for themselves and India. They are not to be blamed for this indifference, because our politico/bureaucratic/extra-constitutional power centres have encouraged disinterest about matters military.

Year after year no one seeks information about the Defence Budget, whether funds allocated are adequate, justified, commensurate to threats, or wasteful. The public has a very poor understanding of how threat is assessed i.e what are the inputs, who debate and determine the threat, and how it impacts each Indian man, woman and child. It is sadly of no concern to more than 95 percent of Indians. This is the biggest hurdle in the fauji getting anything justifiably due to him.

The 6th Pay Commission, controlled and configured by bureaucrats, has generated avertable bitterness between bureaucrats and military. Pensioner’s protesting across the country, returning medals, rallies, sparse articles in the odd national daily, with some TV exposure has created insignificant awareness, certainly not enough to convince the average Indian, that something is terribly wrong about our fauji’s pensions. Deplorably, no one is bothered. The fauji is not looking for sympathy, he does not need it. He wants the nation to understand why he is asking for OROP, not as a gift but a right.

The disdain for Indian Armed Forces, consistently demonstrated by the politico-bureaucratic-extra constitutional combine, is translated into negation of a justified demand for One Rank One Pension.

A Quick Perspective. Till the 60s, OROP was in vogue as Military Pension, and faujis got 65 percent of last pay because most had to retire in their late 40s/early 50s while civilians got 33 percent since all served up to 58 years. The 3rd PC abolished Military Pensions, reduced it to 50 percent, increased civil pensions to 50 percent, and added a proviso that to earn full pension a govt servant must serve for 33 years. Thus most military men seldom got full pension because very few could serve for 33 years, but the civil servants invariably got full pension because they served till the age of 58, getting them at least 33 years of service.

Look at the perfidy of this rule and the shabby treatment meted out to the Armed Forces? The Supreme Court has already declared that pension is, “delayed wages for services already rendered”. But look at it this way, Colonel Kapur who retired with 24 years of service at the age of 48 years in 1989, must get the same pension as Colonel Ghosh who retires today at the age of 50 years with 24 years of service. Why must Colonel Kapur have to beg for this, he is only seeking justice because he had to retire at a much younger age than his civilian contemporary who joined the IAS at the same time.

The civilian does not retire with only 24 years service at the age of 50 years, he carries on till the age of 60, and crosses that 33 year barrier. Recently the Supreme Court was constrained to rebuke the Govt for “treating soldiers like beggars”. Regrettably our media, so fond of sensationalism, has not cared to take up cudgels for the military, which provides and preserves that freedom of expression the media clamour for.

Enormous Numbers and who is Responsible?

The Numbers Are Staggering. The number of retired Officers and Other Ranks is large. Studies have shown that for every serving man/woman, the number of pensioners will soon double. Big standing Armed Forces is inescapable to defend our land, its coastline, air space and borders. Add to this the burden of keeping military manpower available for, taking over tasks of the para-military, disaster relief, mega national events etc. Looking at the politico-economic-adversarial relationship with our neighbours, the regional inter-se equations and our global ambitions, trimming the Armed Forces is not an option today.

…the fauji is not seeking what the IAS gets. He has no quarrel with what any other Govt servant gets. He wants what he justifiably deserves.

So What can be Done and Urgently? To ignore unhappiness among retired military personnel is undesirable, but to brush aside and snub disenchantment among the serving military forces is dangerously foolish. Which is why, even with an unblemished 63 year service record since independence, the equation between the military and civilian masters remains skewed against the military, with great possibility of greater disillusionment within the Armed Forces?

Who Got Us into This Condition? Who but the civilian leadership of India have brought us to this perilous state? Their acts of commission & omission have created a hostile environment within and around India, making it impossible to drastically decrease the size of our military just to cut the pension bill. So don’t blame the Armed Forces for the number of pensioners. Young men are enticed to join the Armed Forces because there is a pension, which is a big attraction. Our large population ensures multitude applications for few vacancies, and we get a voluntary military force that is exploited to the hilt by civilians, and then aborted like unwanted pregnancies at a young age. How long will this carry on?

The Indian military leadership has ensured loyalty, integrity and obedience from the rank and file, and will continue to do so. But to expect that leadership to maintain loyalty in the face of gross injustice is challenging the very roots of good military conduct and behaviour. Serving faujis will become pensioners one day, if they have misgivings about fair-mindedness of the system throughout their military service, somewhere, sometime, something will snap. India’s one billion people will not be able to contain the ill effects of such a breakdown. So there is urgency for remedy, clearly, truthfully. We may be running out of time, Indian governance cannot practice brinkmanship with its own Armed Forces.

What Justifies the Military Demanding One Rank One Pension?

Does Honour, Izzat, Life Threatening Occupation Matter? It has been said that izzat, honour, life threatening occupation are irrelevant to pension. Let’s accept it. A recent comment on TV equated the danger to a fire-fighter to that of a soldier fighting terrorists. Ridiculous as it is, one fact is indisputable; the fire does not shoot bullets nor lobs grenades, at the fire-fighter. Further comparison is unnecessary. Notwithstanding the truth that a fauji’s occupational hazard is far severe than all other’s, and he braves those hazards for izzat, camaraderie, and honour of his unit, let’s not consider this factor for granting OROP. It is incomprehensible by non-military persons.

A Colonel who retires at 50 years will get a pension based on salary at retirement which will not be the maximum salary of a colonel. If he had served for till 60 years he would receive that maximum salary and get maximum pension of a Colonel.

Service Under Colours in the Forces. Being a force that demands high physical fitness, it is imperative that the average age of a serving officer or soldier is kept low. Most if not all, retire by the age of 50 years. Of the four lakh boys who aspire for NDA every six months, only 250 will enter the Academy. Of these 250 not more than 20, less than 10 percent will reach the rank of a Major General, equated to Joint Secretary in the IAS.

On the other hand, more than 85 percent of boys and girls joining the Lal Bahadur Academy for IAS probationers will become Joint Secy. While 80 percent of those 250 boys who joined NDA retire before 50 years, all IAS probationers are guaranteed service till 60 years. If a Colonel does not become a Brigadier, out he goes. If a Deputy Secy does not become a Director or Jt Secy, he continues as Deputy Secy till 60 years. Is this ‘civilian control over the military’? The injustice in this equation begs the question, how does this impact pension?

How Is Pension Amount Arrived At? Pension is based on last salary drawn, and depends on the actual years of service put in. In the Armed Forces (AF), there is a sliding scale of pay for every rank except the top two rungs. A Colonel who retires at 50 years will get a pension based on salary at retirement which will not be the maximum salary of a colonel. If he had served for till 60 years he would receive that maximum salary and get maximum pension of a Colonel. The IAS probationer, who say reaches the rank of Director, and does not get promoted, need not retire at 50 years as the Colonel has to. He remains a Director till the age of 60, by which time he gets maximum salary for a Director and so maximum pension for a Director.

68 thoughts on “One Rank One Pension: an obligation to be fulfilled”