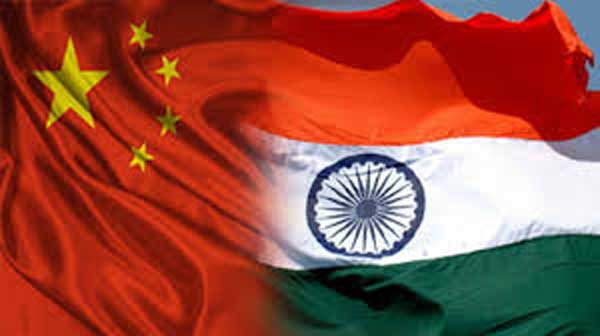 India conducted Exercise ‘Him Vijay’ in Arunachal Pradesh before the recent Modi-Xi second informal summit at Mamallapuram. Him Vijay involved exercising three Integrated Battle Groups (IBGs) of the Mountain Strike Corps (MSC) in their combat role. The drill was carried out in phases with each IBG comprising around 4000 soldiers at a height of about 14,000 feet. The exercise involving troop mobilization, mountain assault and air assault was held some100 km away from the LAC which did not require China to be notified. Yet, Luo Zhaohui, China’s vice foreign minister (who was earlier China’s ambassador to India) reportedly raised strong objection to the exercise in a meeting with Foreign Secretary Vijay Gokhale on October 3. This is not only because China illegally claims Arunachal Pradesh as ‘South Tibet’ but because the communist rulers of China continue to be steeped in their medieval mindsets of the ‘Tian Xia Concept’ that viewed “all territories” under the skies (Heaven) belonging to the Chinese.

For that matter, Chinese President Xi Jinping stated in 2016 that the moon has proved to be an “inescapable part of China” due to an ancient marriage between Chinese Princess Wen Cheng and an ancient ruler based on the moon during the 7th Century. He didn’t elaborate which moon amongst the 1500 galaxies or whether Wen Cheng married alien kings of all the moons. Interestingly in the 7th Century Tibet was an empire, spanning the high heartland and deserts of the north-west, reaching from the borders of Uzbekistan to Central China, from halfway across Xinjiang, an area larger than the Chinese heartland. Indeed in 763, Tibetan army briefly captured the Chinese capital Chang-an (today’s Xian) and much later it was the Mongols who later ruled China then occupied Tibet. So much for Xi’s chronicles of Wen Cheng and the moon.

India exercising IBGs of the MSC has been duly eulogized in the media. A viewpoint has also come up that India has switched from “deterrence of denial” to “deterrence by punishment” in defending the LAC against China. Reason stated is China reacting to Him Vijay in the manner it did. But China reacts to anything concerning  Arunachal Pradesh since it illegally claims it, not because of Him Vijay alone.  Recall on February 9, 2019, China protested Prime Minister Narendra Modi’s visit to Arunachal Pradesh, with Chinese foreign ministry spokeswoman Hua Chunying stating, “China is firmly opposed to the Indian leader’s (Modi’s) visit to the East Section of the China-India boundary.  China’s position on the China-India boundary question is consistent and clear-cut. The Chinese government has never recognized the so-called Arunachal Pradesh.” Drunk with power and in illegal occupation of China occupied Tibet (COT), Xi, Chunying and their coterie are all afflicted with what may be termed as TianXiaria.

The proponents of India having switched from “deterrence of denial” to “deterrence by punishment” against China raise following issues: Since 1962, India maintained deterrence by denial, deploying Mountain Divisions for checking PLA advance  through localized battles, also keeping border areas devoid of infrastructure to make Chinese advance difficult; by 2010s, this strategy became inadequate since China leveraged its potent border infrastructure to provoke India with transgressions/even intrusions;  our Army had to deploy troops forward – now linearly arrayed along the LAC without adequate defence in depth, and also reinforced some border posts to prevent being overwhelmed by Chinese patrols, and; defending every ‘inch of soil’ is a financially expensive and logistically cumbersome proposition.

Therefore, their suggestion to create an offensive element that can deliver a ‘riposte’ by capturing a target of value in Tibet (Chumbi Valley suggested as one), to be used as bargaining chip during  negotiations post-cessation of hostilities. It is opined that credible offensive capability will make it psychologically easier for India to move back troops from the LAC in certain areas and instead use reserves and remote surveillance to mark its presence, of course once adequate border infrastructure is in place. The overall premise for this switch to ‘deterrence by punishment’ is based on the strategy tempering China’s aggressive intent by threatening to impose “unacceptably high penalties” on China for attacking India. The bit about ‘unacceptably high penalties’ is tantalizing, however, multiple issues that need to be considered as discussed in succeeding paragraphs.

Much territory in India’s northeast could have been lost if in 1987, General K Sundarji, then Army Chief had not launched Operation ‘Chequerboard’ to test Indian military response in the Himalayan region. The exercise involved 10 divisions of the Army and several squadron of IAF. Three Army divisions were moved to positions around Wangdung where they had to be air maintained. These troop reinforcements were over and above some 50,000 troops already present in Arunachal Pradesh. George Perkovich, in his book ‘Nuclear Capabilities Grow, India’s Nuclear Bomb: The Impact on Global Proliferation’ published in 1999, quoted Sundarji having stated that India recognizes the major boundary differences with China, and Indian deployments are intended to give Beijing the benefit of doubt.

The benefit of forward deployments during Operation ‘Chequerboard’ was short-lived because communication infrastructure to the forward defences occupied were not developed; for fear Chinese using them for offensive, as also because these did not contribute much to vote-banks due sparse population. Latter continues to be relevant even today. Take the 180 km-long road constructed in Arunachal Pradesh parallel to the India-China border connecting Passighat to Brahmakund; Taksin and Tama Chung Chung are linked by the road connecting the Eastern and Western RALP (Rest of Arunachal Pradesh. But while linking eastern and western Arunachal Pradesh is good, requisite roads linking this road to where the Army is located scores of km south of the LAC are lacking.  Where these have been built, one-way convoys are must due inadequate width, which is not conducive to quick mobilization and reinforcements. Motorable roads to some forward-most villages, vital for effective monitoring and control of border areas, too are missing.

Inadequate focus on border infrastructure has created gaps in what is termed “deterrence of denial” and will take years to bridge. Our response to Chinese transgressions-intrusions is proof of this.  Employment of MSC in CoT is quite different from Operation ‘Chequerboard’ which was our side of the LAC. With inadequate communication infrastructure even up to the LAC, entities of MSC employed in CoT may have to be air maintained for duration of the operation, as also reinforced by air, when required. Air Force of both sides would come into play. India is not holding “every inch” even in J&K but gaps in between defences have to be patrolled, which is not possible without forward deployment. This is being done despite offensive capability.

The argument that the India-China border is quiet compared to the border with Pakistan is not relevant because once enemy takes a hill feature or a vital piece of ground, the price for retaking it would be that much costlier. Besides, in a chaotic democracy as ours, would loss of a  hill feature or a vital piece of ground be acceptable politically? Clausewitz had said. “Theory exists so that one need not start afresh each time sorting out the material and ploughing through it, but will find it ready to hand and in good order”.  When will we learn from our mistakes? Despite being in occupation of Saltoro Range in Siachen area, we thought no infiltration from Mashkoh in Dras area is possible during winter, till it occurred. This despite experience that winter vacated posts occupied next year by the other side, were too costly to retake. Heavy price was paid to remove Kargil intrusions. Yet, we armchair strategists recommended we vacate Saltoro Ramge till Army told them retaking these positions if occupied by Pakistan would be well nigh impossible. Hasn’t Pakistan tried umpteen time to capture our posts on Saltoro?

Not for one moment does the above mean that the MSC should not be employed. It will and should be used when required. But the talk of air assault should be weighed against pros and cons of air assault against China and Pakistan (battlefield transparency, air defence capabilities included), especially in mountains, because of which the Parachute Brigade is more a ‘threat in being’ with better chances of success in Out of Area Contingencies (OOAC)  and in dealing with critical situations within the country. As for mountain assault, arm-chair strategists may not even be aware to what depth an IBG can penetrate in mountains in what time frame.

In addition to a full-fledged MSC (which is yet to come up) with requisite weapon systems to ensure its employability and survival, India needs a three-tier defence against China; first tier of forward defences, second tier of reserves in depth covering gaps in forward defences, and third tier of regional scouts (already raised) to inflict casualties on PLA advance at every step, Anything short of that will be playing into Beijing’s hands no matter China’s subterfuge at Wuhan and Mamallapuram. About time India finds the correct correlation between economy and security.

Finally, switch from “deterrence of denial” to “deterrence by punishment” against China will be naïve. It must be a mix with MSC held as ‘threat in being’ till situation demands that it be used.

One thought on “Offensive Force versus Manning Border”