During the entire three-day visit of President Barack Obama to India from November 6 to 8, 2010, the Indian public focus remained disproportionately on what he had to say on Pakistan’s continued use of terrorism against India. The Indian public opinion expected him to condemn Pakistan in public if he was sincere in his professions of friendship for India.

It was, therefore, disappointed when he said nothing about Pakistan’s role in the 26/11 terrorist strikes in Mumbai in his address to the relatives of the victims of the terrorist attacks at the Taj Mahal Hotel immediately after his arrival on November 6,2010. 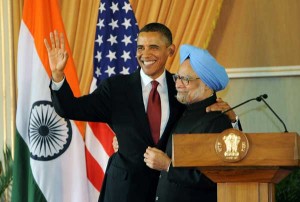 This disappointment turned to indignation the next morning when he projected Pakistan in what the Indian public opinion regarded as positive terms while answering a question from a student at a Town Hall meeting in Mumbai, who asked him why the US is not declaring Pakistan a terrorist state. In his reply, Obama described Pakistan as an enormous State with enormous potential and as a State which is strategically important not only for the US, but for the world.

He expressed his view that a stable Pakistan would be in the interest of India. Indian public opinion was shocked when he described extremism as not uniquely confined to Pakistan, highlighted the casualties being suffered by Pakistan itself at the hands of extremists and explained the difficulties being faced by Pakistan in dealing with the extremists. His reply created an impression that he did not believe that the Pakistani State had any role in the activities of the terrorists.

The widespread indignation over his reply apparently caused concern in Government of India circles that the visit may end on a negative note if corrective pronouncements, which would reassure the Indian public, were not made. These circles started leaking to the media that the Joint Statement to be issued at the end of the visit would contain strong references against the Lashkar-e-Toiba (LET). They also suggested that one should not prematurely judge Obama and that one should wait to hear his address to the Parliament and read the Joint Statement before coming to any conclusions.

“¦ the Indian public focus remained disproportionately on what he had to say on Pakistans continued use of terrorism against India. The Indian public opinion expected him to condemn Pakistan in public if he was sincere in his professions of friendship for India.

The Prime Minister Dr.Manmohan Singh was apparently concerned over the negative public reactions to Obama’s observations at the Town Hall meeting. His concern was reflected in his unusually strong observations while replying to a question at a joint press conference with Obama at New Delhi on November 8 on the conclusion of the formal talks. He said: “You cannot simultaneously be talking and at the same time the terror machine is as active as ever before. Once Pakistan moves away from this terror-induced coercion, we will be very happy to engage productively with Pakistan to resolve all outstanding issues.”

By emphasizing the role of the “terror-induced coercion” of the terror machine, he made it clear that in India’s view the Pakistani State was responsible for the acts of terrorism in Indian territory. His observations were intended to reassure the Indian public opinion and make it clear to Obama that the Government of India did not agree with the manner in which Obama projected the problem at the Town Hall meeting.

To ensure the safety of our citizens, we’re deepening our efforts to prevent terrorism. Cooperation between our countries’ intelligence and law enforcement communities has already reached unprecedented levels. And today, we’re taking another step — a new effort between our Department of Homeland Security and the Indian Ministry of Home Affairs to improve security at our ports, our airports, and our borders.”

Apparently, Obama and his aides realized that his ambiguous references to Pakistans role in terrorism directed against India had given a bad start to the visit. In his address to the Parliament, Obama sought to correct the wrong impression that he was evasive on the role of Pakistan.

Apparently, Obama and his aides realized that his ambiguous references to Pakistan’s role in terrorism directed against India had given a bad start to the visit. In his address to the Parliament on the evening of November 8, Obama sought to correct the wrong impression that he was evasive on the role of Pakistan. He said: “America’s fight against al Qaeda and its terrorist affiliates is why we persevere in Afghanistan, where major development assistance from India has improved the lives of the Afghan people. We’re making progress in our mission to break the Taliban’s momentum and to train Afghan forces so they can take the lead for their security. And while I have made it clear that American forces will begin the transition to Afghan responsibility next summer, I have also made it clear that America’s commitment to the Afghan people will endure. The United States will not abandon the people of Afghanistan—or the region—to the violent extremists who threaten us all. Our strategy to disrupt, dismantle and defeat al Qaeda and its affiliates has to succeed on both sides of the border. That is why we have worked with the Pakistani government to address the threat of terrorist networks in the border region. The Pakistani government increasingly recognizes that these networks are not just a threat outside of Pakistan—they are a threat to the Pakistani people, who have suffered greatly at the hands of violent extremists. And we will continue to insist to Pakistan’s leaders that terrorist safe-havens within their borders are unacceptable, and that the terrorists behind the Mumbai attacks be brought to justice. We must also recognize that all of us have and interest in both an Afghanistan and a Pakistan that is stable, prosperous and democratic—and none more so than India.”

These observations were widely greeted in India and succeeded to a considerable extent in diluting the indignation initially caused by his observations in Mumbai and by his seeming reluctance to talk negatively of Pakistan while in Indian territory. The references to the issue in the Joint Statement went even further in erasing the indignation. By the evening of November 8, Obama was the toast of India—partly due to his naming Pakistan unambiguously and partly due to his supporting —though in guarded language— India’s case for permanent membership of the UN Security Council. 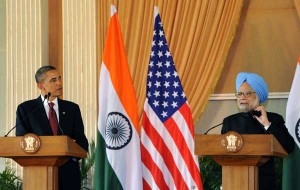 The Joint Statement said as follows on terrorism : “They (the two leaders) reiterated that success in Afghanistan and regional and global security require elimination of safe havens and infrastructure for terrorism and violent extremism in Afghanistan and Pakistan. Condemning terrorism in all its forms, the two sides agreed that all terrorist networks, including Lashkar e-Tayiba, must be defeated and called for Pakistan to bring to justice the perpetrators of the November 2008 Mumbai attacks. Building upon the Counter Terrorism Initiative signed in July 2010, the two leaders announced a new Homeland Security Dialogue between the Ministry of Home Affairs and the Department of Homeland Security and agreed to further deepen operational cooperation, counter-terrorism technology transfers and capacity building. The two leaders also emphasized the importance of close cooperation in combating terrorist financing and in protecting the international financial system.”

The word safehaven generally used by the Americans is seen in India as referring to the sanctuaries in Pakistani territory of foreign terrorists belonging to Al Qaeda and its foreign affiliates. The Indians do not look upon it as a reference to the terrorist camps of the Pakistani jihadi organizations which pose a threat to India. Obama’s anti-safehaven policy is viewed in India as directed against Al Qaeda and its affiliates through intensified drone (pilotless plane) strikes and other means and not as directed against the terrorist camps of the anti-India Pakistani jihadi organizations which act as surrogates of the Pakistani intelligence. The specific reference in the Joint Statement to the need to “eliminate safehavens and infrastructure for terrorism” and defeat “all terrorist networks including LET” is meant to reassure Indian public opinion that the anti-safehaven policy of the US has no double standards.

Indian public opinion is satisfied for the moment that the US has corrected the ambiguities in its position. How long the satisfaction will endure will depend upon how effectively the US is able to make Pakistan act against the “terrorist infrastructure” in Pakistani territory directed against India. One had seen in the past that US assurances to India on this subject remained unfulfilled due to the clout enjoyed by the Pakistan Army in the Pentagon and by its Inter-Services Intelligence (ISI) in the Central Intelligence Agency. Will India’s past experience of broken promises by the US be repeated in future? If that happens, the gains made during Obama’s visit will be neutralized. — To be continued