Obama's Gesture to China on Eve of Indian visit

On the eve of his forthcoming visit to India next month, President Barack Obama has made an important gesture to China. Even while supporting the award of the Nobel Peace Prize to Chinese political dissident Liu Xiaobo and calling for his release from detention, Obama has initiated what appears to be the first step towards the possible lifting of the arms embargo imposed on China after the Tiananmen Square revolt by protesting students in 1989. 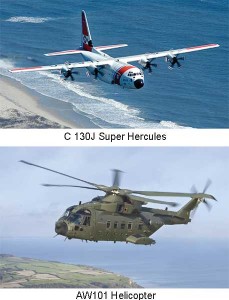 In a letter dated October 8, 2010, to the two Houses of the Congress, he has called upon the Congress to lift the ban on the sale of C-130 cargo aircraft to China. He has said that it would be in the “the national interest of the United States” to terminate the suspension. Should the proposal be accepted by the Congress, this would be the first time since 1989 that the US would be selling military-related equipment to China. In his letter, Obama said that C-130 cargo aircraft would be deployed to deal with oil spills in the sea.

Even if the suspension is removed, each sale has to be approved by the Congress on a case-by-case basis. The C-130 cargo aircraft – also known as the Lockheed C-130 Hercules – is a four-engine turboprop military transport aircraft designed and built in the 1950s. Capable of using improvised runways, the C-130 was originally designed as a troop, medical evacuation and cargo transport aircraft. It is used by the US-led NATO troops in Afghanistan. Before the arms embargo was imposed in 1989, the US had exported to China Black Hawk helicopters and other military-related equipment.

“¦this would be the first time since 1989 that the US would be selling military-related equipment to China.

It is not clear whether Obama’s letter to the Congress came in the wake of any Chinese request for the aircraft as a quid pro quo for China resuming military-military relationship with the US which was suspended earlier this year by China in protest against a proposal of the Obama Administration to sell more arms to Taiwan.

It is, however, significant that Obama’s letter coincided with the resumption of the military-military relationship between the two countries. Mr. Robert Gates, US Defence Secretary, presently in Hanoi to attend a meeting of the Defence Ministers of the ASEAN countries and their dialogue partners convened by Vietnam, met on October 11 Liang Guanglie, his Chinese counterpart. Guan Youfei, deputy director of the external affairs office of China’s Ministry of Defense, told reporters in Hanoi that Gates had accepted an invitation to visit China next year. This visit was scheduled for this year, but was cancelled by Beijing because of the suspension of the military-military relations earlier this year.

The Chinese Defence Minister was quoted as saying that it was important for the US and China to respect and care for each other’s core interests and major concerns, continuously consolidate strategic mutual trust, decrease suspicion and misjudgment, and properly settle differences and sensitive issues in order to keep bilateral military ties a developing story in a continuous and stable way. The Chinese media quoted Yuan Peng, Director of the Institute of American Studies at the China Institute of Contemporary International Relations, as saying as follows:”The meeting between Liang and Gates can be viewed as the official resumption of military relations between Beijing and Washington following almost a year-long standoff. Their meeting will pave the way for the US-China Defense Consultative Talks and the re-establishment of a communication mechanism between the two countries.”