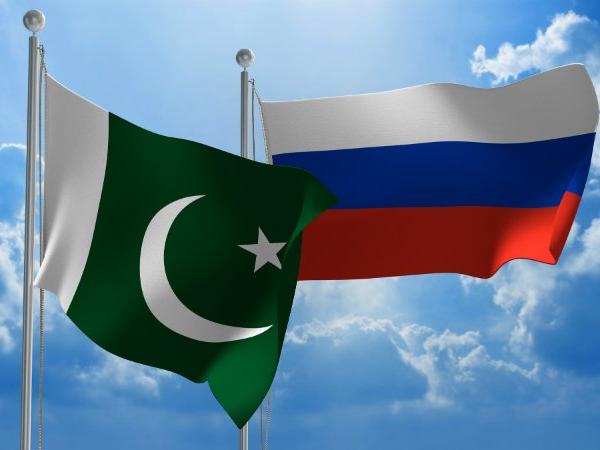 Russia is making a comeback to South Asia with a gradual rapprochement with Pakistan, its Cold War nemesis. One should not be surprised that Moscow offered to mediate between India and Pakistan crisis following the Pulwama attack engineered by Jaish-e-Mohammad based in Pakistan. While Pakistan welcomed the move by Moscow, India said it did not receive a formal offer of mediation from Russia. India would have rejected the offer, had the Russians made one as New Delhi has always believed in the spirit of Simla Agreement which says all issues between India and Pakistan will be solved bilaterally which emphatically includes J&K. Russian President Vladimir Putin had condemned the Pulwama attack and had said that the perpetrators behind the act should be duly punished. President Putin had sent a message apart from one issued by Russian embassy in New Delhi.

The Cold War history is not pleasant between Pakistan and Russia. Pakistan was an American ally against Soviet Union during this time. Pakistan had permitted the US to use its territory  to keep an eye on USSR, as is evident from the U-2 spy plane incident of May 1960. Pakistan was also a member of two military blocs, Southeast Asia Treaty Organization (SEATO) and Central Treaty Organization (CENTO) of the Baghdad Pact created by the Western countries to contain Communism. Later, Pakistan was instrumental in creation of Mujahideens along with the US and Saudi Arabia that fought the Soviet forces in Afghanistan after 1979.

However, larger geopolitical realities are now changing historical bitterness between Pakistan and Russia. India-Russia relationship has been struggling in the last decade as India has been moving closer to the US in its efforts to balance China whom New Delhi sees as a long term adversary. India has been buying military hardware from the US which has reduced its dependence on Russian weapons. This has cut into Russian arms market in India raising eyebrows in Moscow, since New Delhi has been Russia’s biggest arms importer. India has also signed three out of four foundational agreements with the US and Russian experts believe that India is drifting away from Russia towards the Americans.

India is concerned about Russian current closeness to China since Russia is under Western sanctions and it is now dependent on China for economic reasons. This is pushing India to find external balancers against China, mainly the US, France and Japan.

On its part, Russia is ‘compensating’ India by cultivating Pakistan. It has supplied four military helicopters to Pakistan and may be planning to further deepen military links. The two countries are already conducting bilateral military exercises. Russia will also build the north-south gas pipeline between Lahore and Karachi worth more than $ 2 billion. This pipeline is a part of a $ 14 billion package that Russia is planning to invest in Pakistan. Around $ 10 billion will be invested in an offshore gas pipeline project, $ 2.5 billion in north-south gas pipeline and the rest will be used to build underground storage in Pakistan. This will be biggest infrastructure deal by Russia with Pakistan ever since the early 1970s when engineers from Soviet Union constructed Pakistan Steel Mills industrial complex. The two countries are also trying to streamline their banking links and a branch of the National Bank of Pakistan has been working in Moscow since January 2018. The bilateral trade between the two countries stood at around $ 400 million in 2017. A number of joint ventures have so far been formed between Russia and Pakistan in different sectors including telecommunication, engineering, construction, etc.

The two sides may also start negotiations for a free trade agreement (FTA) in near future. Russia also supported Pakistan’s entry along with India into the Shanghai Cooperation Organisation and this development is going to further increase cooperation between the two sides. There have been interactions between the two sides on the Afghan situation and Russia has been supportive of a Taliban role in a future solution to the Afghanistan crisis. Russia has also started hosting the Moscow Format talks in Russia that aim to find a solution to the current Afghan quagmire. The focus of these talks is to have the big and the regional players on the table so that a comprehensive solution can be debated upon.

Russia seems to be looking for partners after it came under Western sanctions after the Ukraine crisis in 2014. They may be looking up to Pakistan as a potential buyer of military hardware. Moscow is also engaging Taliban and seems to be relying on Pakistan to rein in Taliban from doing anti-Russian activities. Here, Russia has changed its earlier stance on Taliban as it was supporting the Northern Alliance in late 1990s that fought against the Taliban regime in Afghanistan. Northern Alliance comprised of Central Asian ethnic groups that were against the Pashtun dominated Taliban and were also supported by India, Iran and Central Asian countries. Since Pakistan controls the key cards in Afghan war, Russia has changed its strategy and is willing to engage Pakistan to buy guarantees against any spill over of Afghan conflict to Central Asia.

Pakistan, on the other hand, is having a bad time with the US and is moving close to Russia to balance the Americans.  Under President Trump, the US has tried to tighten noose around Pakistan holding it accountable for its support to terrorism. The US has stoped $ 1.3 billion aid to Pakistan as it wants Pakistan to act against militant safe heavens in its territory. The Pakistan government, as expected, has denied any such charges and instead blames the US for a failed campaign in Afghanistan. However, things may soon change between the US and Pakistan as President Trump is eager on a withdrawal of American troops from Afghanistan. For this to happen, he would require Pakistan’s support to find a deal with Taliban.

Sensing an opening, Russia would be keen to further strengthen relations with Russia. Pakistan would also want to balance Russia’s tilt towards India that started during the Cold War. A number of articles are now appearing in Pakistani media expressing new hopes for their relations with Russia. China is also a factor but it is not clear whether it is playing a role in bringing Russia and Pakistan closer. The Global Times, a Chinese newspaper closer to the Chinese government, has been publishing articles favouring a close relationship between Pakistan, Russia and China.

Russia is unlikely to take sides and may be trying to build bridges with Pakistan so as to play a larger role in South Asia, where the US and China are vying for more space. What we can understand from the current context is that Moscow will continue to cultivate Pakistan in the near future as India moves closer to the US. Any military conflict between India and Pakistan would challenge Russia’s South Asia policy where Moscow may be required to balance between the two-long time rivals in the region. One has to watch whether it will impact India’s core security concerns.

is a former senior news anchor and a freelance journalist.