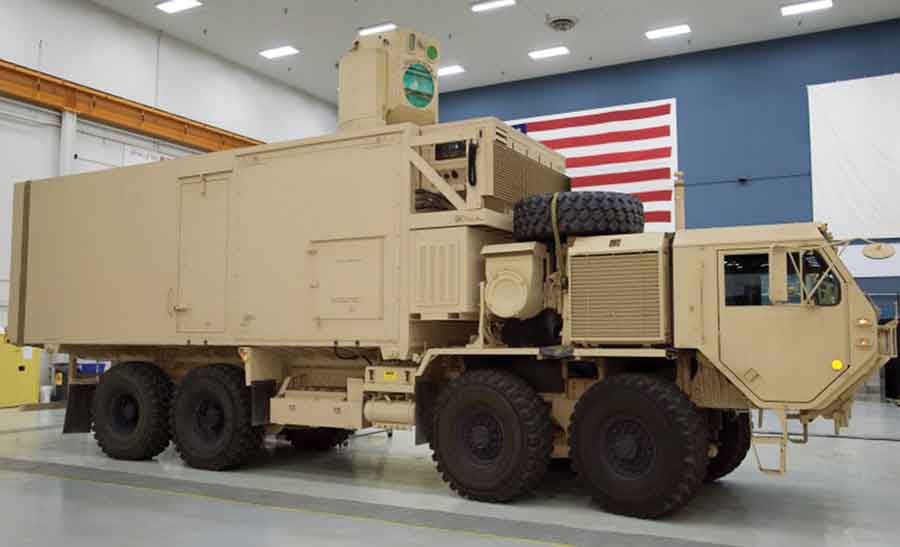 American aerospace and defence major Boeing is gearing up to test a new land-based 10KW solid-state laser weapon called the High Energy Laser Mobile Demonstrator (HEL MD) that can shoot down almost anything including incoming missiles and could be used for missile defence. The laser beam will hit targets at a speed of 186,000 miles per second with unprecedented precision and swiftness. The weapon system is mounted on an eight-wheeled, 500-horsepower truck making it possible for it to be employed on the battlefield alongside other conventional elements of the land forces. It is hoped that the new weapon can be used to defend ground forces against rockets, artillery shells, missiles and unmanned drones by destroying threats with a beam of super-powered light energy. The US and allied troops currently have limited options to defend themselves against rockets, artillery or mortars. The short-range projectiles are airborne for only seconds, providing little time to take cover. And using heavy gunfire might inadvertently hit friendly forces in the process. In recent years, other defence contractors including Raytheon and Northrop Grumman have demonstrated ship-mounted lasers capable of shooting down aircraft and disabling small boats. Boeing and the Pentagon hope that the new weapon system will prove the efficacy of this technology on the battlefield.