New French Base in the Gulf 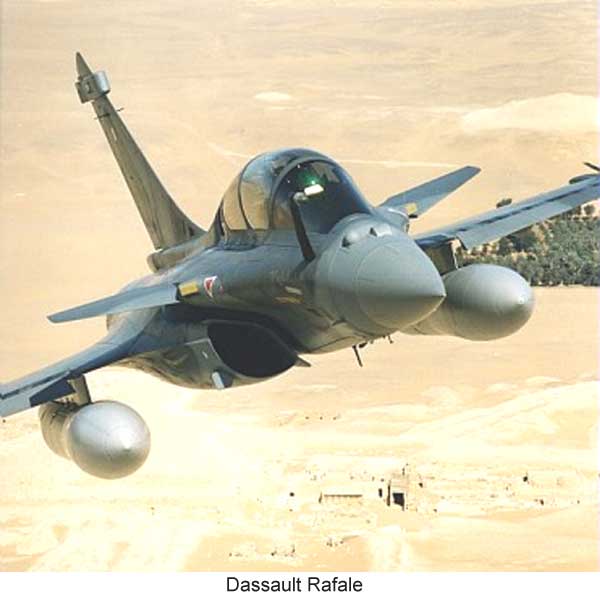 A small revolution is happening in the French defense establishment: Paris will soon open an inter-service base outside France, in Abu Dhabi in the United Arab Emirates (UAE).

Though it is not official yet, President Sarkozy plans to inaugurate the new complex during his State visit to the Emirates on May 27. The President may also participate in an international seminar on marine security planned during the preceding days in Abu Dhabi; several Gulf Heads of State may be present.

The opening of a base in the Gulf is rather unexpected at a time when the country is facing severe budgetary restrictions due to the global financial crisis.

The information is kept under wraps as tough negotiations are still on with the UAE to purchase French nuclear power plants and Rafale fighter planes.

A year ago, the French Ministry of Defense published a White Paper. An interesting aspect was the change of direction in French defense strategy. Paris had started looking eastward; a communiqué of the French Defense Ministry stated: “Regarding our capacities to prevent conflicts and to intervene, the White Paper recommends concentrating on a priority geographical axis, going from the Atlantic and Mediterranean regions, to the Persian Gulf and the Indian Ocean. This axis corresponds to zones where the risks involving the strategic interests of France and Europe are the most serious. The axis allows taking into account the growing importance of Asia for International security and contributes to our presence and our cooperation in this direction [of the Gulf] from the Indian Ocean. Furthermore, France will retain its capacity of prevention and action on the Western and Eastern parts of the African continent, as well as in the Sahelian strip, mainly to fight terrorism and terrorist acts. France will radically convert the present system of defense agreements and military cooperation to evolve towards a partnership between Europe and Africa as well as cooperation in the field of defense and security which favours the rise of African capacities to maintain peace [in the region].”

This is a radical shift from Paris’ traditional African strategy.

The opening of a base in the Gulf is rather unexpected at a time when the country is facing severe budgetary restrictions due to the global financial crisis. Let us not forget that the French budgetary deficit will cross 5.6 percent of the GDP in 2009, the highest ever.

It is certainly one of the reasons why the President is not keen to publicize the opening of a new base in the Gulf.

The inter-service complex will have a strength of 450 tri-service personnel; 30 percent will be allowed to bring their families. Since 1995, a strategic partnership exists with the UAE, but previous French Presidents preferred to concentrate on Africa.

A recent article in Le Monde points out: “France and the Emirates insist on the fact that this new military set up is not against anybody”, in other words, not against Iran whose activities greatly worry the Gulf countries. A diplomat told Le Monde: “The stakes are huge in the region”. The Emirates are obviously an important ‘energy’ factor in a globalized economy; for its part, the UAE does not want to depend entirely on the United States for its security.

In today’s world, Business is Strategy and Strategy is Business. In the long term, the base can become a productive investment for Paris.

In a time of crisis, strategy is not the only motivation, business is also important. In fact, business and strategy are two sides of the same coin. Abu Dhabi has already purchased nearly 400 Leclerc tanks, the main battle tank (MBT) built by Nexter1.

Paris and Abu Dhabi have other negotiations in the pipeline: one is for two nuclear EPR reactors2 and perhaps more importantly, the UAE would like to replace its Mirage fleet by Rafale fighter planes. Will President Sarkozy sign the deal for 63 Rafale as he arrives in Abu Dhabi? It is not certain: the Emirates would like Paris to take back 60 Mirages before agreeing to sign.

For the time being, the new installations will officially be a support base under the command of the ‘Alindien’.3

According to Le Monde, the nearby base in Al-Dhafra4 could accommodate two refueling planes, KC-135,5 which are presently based in Manas (Kirghizstan). The Bishkek government has asked for the return of its base.

Another advantage for the French Army is that Abu Dhabi could be a training centre for desert environment.

One year back, when we asked Mr. Jerome Bonnafont, the French Ambassador to India about the White Paper’s implications for India, he had told us: “If you look at the analysis of threats in the White Paper you will see that the stability of the Indian Ocean is one of our important concerns. Cooperation with India is therefore naturally part of our strategy…Regarding the equipment, the White Paper says that we need a better equipped army with higher technological equipment. This will therefore enhance our offers for similar equipment to the countries with whom we are collaborating”.

The new base is hence part of a strategy for Paris. It could certainly become a window of French technology and know-how in the Gulf (and perhaps even not further east). In today’s world, Business is Strategy and Strategy is Business. In the long term, the base can become a productive investment for Paris.

2              The EPR is a third generation pressurized water reactor designed and developed mainly by Areva and Electricité de France (EDF). It is called the European Pressurized Reactor; the internationalized name of this reactor is Evolutionary Power Reactor.

3              In the French Navy, the ‘Alindien’ is the Admiral responsible for the maritime zone of the Indian Ocean, extending from the Red Sea and Africa in the west to the Philippines and Vietnam in the east. It includes countries of the Gulf as well as South Africa, India, Australia and Singapore.