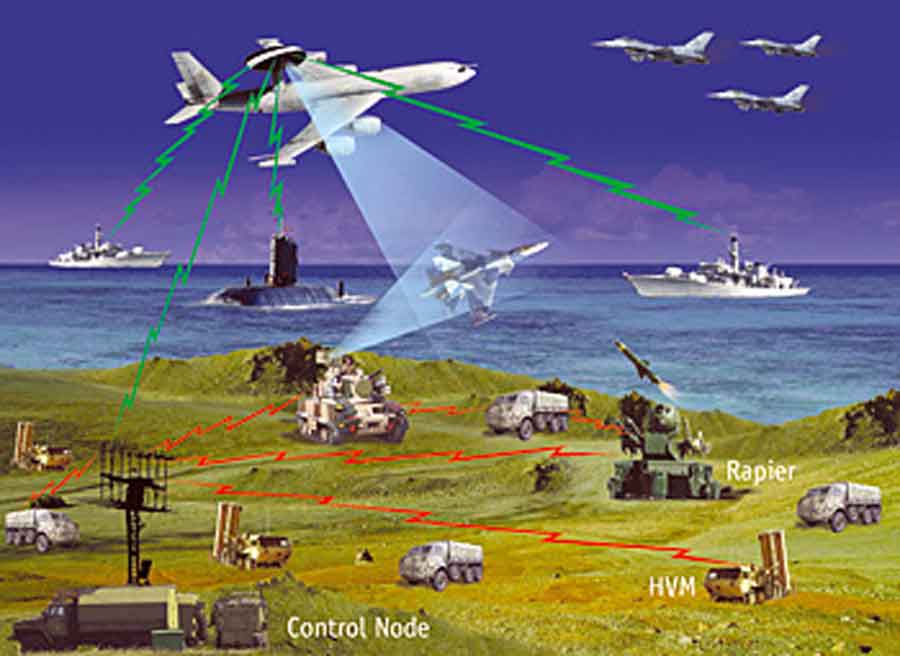 No matter the advancements in robotics, the importance of the ‘man behind the machine’ will remain relevant. This is equally applicable to Network Centric Warfare (NCW). The success of NCW rests on the idea that information is only useful if it enables more effective action. Significantly, the key to success of NCW is not technology but people who will use it – the human dimension, which is based on professional mastery and mission command requiring high standards of training, education, doctrine, organisation and leadership. It is about the way people collaborate to share their awareness of the situation in order to fight more effectively. The human dimension of NCW is complex, difficult to conceptualise and defence forces all over the globe are struggling with the issue, experimenting to achieve breakthroughs in varied measure.

Advancements in robotics notwithstanding, the role of the ‘man behind the machine’ will continue to remain critical and relevant. This is equally applicable to Network Centric Warfare (NCW). The success of NCW rests on the idea that information is only useful if it enables more effective action. Significantly, the key to success of NCW is not technology but personnel who will use it – the human dimension, which is based on professional mastery and mission command requiring high standards of training, education, doctrine, organisation and leadership. It is about the way people collaborate to share their awareness of the situation in order to fight more effectively. The human dimension of NCW is complex, difficult to conceptualise and defence forces all over the globe are struggling with the issue, experimenting to achieve breakthroughs in varied measure.

The role of information in NCW is clear but much needs to be understood how human beings share, absorb and make sense of available information and then make decisions based on that information. Simply increasing the amount of information available to commanders does not necessarily result in improved knowledge nor help them make better decisions. The premise, that more information is better, is not always true. Though gathering information enhances intelligence, it also must aid understanding and decision making. Coupled with the aspect of information are issues such as understanding the power of the applications itself, for example, knowing properties and limitations of the Decision Support System (DSS).

The purpose of an information management strategy is to improve human ability to find data and to understand it on receipt. In a network centric environment, team decision making and situation assessment are distributed in both time and space. Shared understanding among team members with regard to the impact, importance and quality of relevant information items is critical element in selection of an effective course of action. The focus required is the minimum information that needs to be exchanged, how to capture that information and how to best display it.

In the US, NATO and Coalition Forces, “Chat” has become a dominant communication vehicle. Based on a compilation across multiple stakeholders and inputs chat tools are developed to meet user needs in a dynamic environment. Implementation of these chat tools enables effectiveness and efficiency because they facilitate situational awareness. They allow users to gain timely access to chat information as well as provide optimal archiving and retrieval capabilities besides facilitating timely message composition, transmission and receipt user identification and the like.

In militaries of advanced countries, roadmaps for NCW are progressed in two dimensions simultaneously to enhance the overall war fighting capability. One is the network dimension, referring to the physical systems providing connectivity between sensors, commanders and those involved in engaging the adversary, and the second dimension is the human dimension roadmap. Between 2000 and 2002, Computer Network Assurance (CNA) Corporation, USA and ThoughtLink Inc. conducted “SCUDHunt” game-based experiments to explore shared situational awareness in a NCW environment. It proved that performance of individual teams had a greater impact on mission effectiveness than any technology factor. Major contributors to mission effectiveness were good team dynamics, professional mastery and ability to use the technology. Of these, team dynamics was still the most important. This underlined the importance of the human element in the networked force of the future and supported emphasis required on professional mastery.

The Indian military perhaps has yet to fully realise the essential requirement of viewing information from the strategic viewpoint and recognise it as a mission critical resource. Had we realised this, we would have adopted a top-down NCW approach since we not only need a synthesis of communications and information, we would also have speedily addressed alterations in our concept of operations, doctrine, organisation, force structure, psyche, leadership and associated changes in logistics, education and training. All of these need to be concurrently addressed in order to acquire to build and enhance NCW capabilities within the constraints of development and implementation time; piece-meal solutions are not the panacea. While concerted efforts need to be made at all levels to conceptualise, define, induct, implement and operate the new systems in a defined period of time, human resources have to be built to handle and optimise those systems, the latter demanding professional mastery, awareness, training, education, doctrine, organisation and leadership.

In the Indian military, majority of the work in the NCW domain has been done in a disparate fashion on individual service basis. Efforts to progress in the human dimension have followed the same route and are somewhat embryonic. Required progress in the tri-service network domain including defining a NCW Doctrine has not happened. Even if a NCW Doctrine is defined, it may not be possible to fully implement it since HQ IDS does not wield sufficient power in the absence of a CDS with full operational powers. The stark fact is that in its present shape, the services do not care much about HQ IDS and installation of a Permanent Chairman of COSC with perfunctory powers would hardly alter this equation. The structure of HQ IDS is not administratively sound either. For example, in some cases, a two-star rank appointment is not even authorised a clerk or a runner, only a Personal Assistant.

The requirement for the Indian military to harness disparate efforts and to generate forward movement in terms of human resources development for NCW was debated at length at HQ IDS during 2005-2006. Consequently, a case was taken up with the MoD to outsource a study on the requirement of IT training for the military as a whole. This would have helped create a strong foundation of human dimensions of the networked force, develop detailed understanding of how to achieve the greatest synergy between different systems and human resources as also initiate changes to optimise education, training and development taking into account information sharing and collaboration amongst operators, managers, commanders, administrators, system analysts, programmer, the works.

The Ministry of Defence (MoD) accorded approval within a short span of time but inter-services differences scuttled the issue yet again highlighting the need for a CDS who is empowered to make a single decision for the military – the three services. By the time MoD approval arrived the Chief of the Air Staff took the stance that such a study was not required in the first place. Such was his vehemence that he would not even agree to let the study be outsourced (that would have gone to the private sector), analyse it when completed and then decide/discuss whether the Indian Air Force wanted its implementation or not. The end result was that despite the MoD sanction, the study was not outsourced. So much so for tri-service networking!

In due course, the Indian Navy went ahead and raised its own IT cadre. The Indian Army continues with its own IT training in-house and by outsourcing through private institutions. Axiomatically, information revolution and networked environment give rise to various entities. Hence, it is imperative that the services retain core competency and have the ability to integrate with other domain specialists. Therefore, there is an urgent requirement to establish Concept Development Centres which will require efficient Systems Analysts and Programmers.

Then is the archaic problem of the military not accepting the need for specialisation – much more in the Indian Army than in the other two services. Despite understanding and experiencing that operational information systems take a long time to develop, the Indian Army’s Military Secretary’s Branch is stuck on granting extension beyond three years tenure at Delhi only on ‘case-by-case basis’, which comes through only once in a while. So, we have a situation where an officer will land up in Delhi because he is to be given a Delhi posting after completion of a difficult field tenure. He lands up in information systems taking time to learn the ropes and moves out before his full potential can be utilised.

To top this, many officers are posted to mark time after having been approved for the next rank. There are numerous cases of officers of Lieutenant Colonel rank having been posted to information systems project management organisations, moving out even before completing one year. Statistics of the last few years collated would surprise many. These ‘post office’ postings are not confined to young officers alone. The appointment of the Director General of Information Systems (DGIS) itself has been treated as a ‘transit’ posting with many moved out in a short span of time to other appointments. If the military would look closely at the organisation and truly treat information as a strategic resource, the appointment of DGIS should actually be made tenable by an officer who has commanded a Corps, to provide the necessary vision. The absence of such an arrangement may lead to wrong decisions. For example, at the time of conceiving the Battlefield Surveillance System (BSS), it was only planned at levels of Divisional Headquarters and above, not recognising that that the cutting edge in the Tactical Battle Area operates under Brigade HQ and requires real-time/near real time information. Even the fact that many a Brigade HQ had already improvised and was operating ad hoc BSS was ignored. The BSS at Brigade level was added at much later date.