NCTC: Creation of KGB in India? 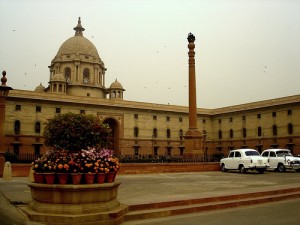 Of all the Chief Ministers, who have protested against the proposed creation of the National Counter-Terrorism Centre (NCTC) in the Intelligence Bureau of the Government of India with effect from March 1,2012 without consulting the State Governments, only J.Jayalalita, the Chief Minister of Tamil Nadu, has got it right.

She has made it clear that her objection is not to the creation of the NCTC to strengthen our counter-terrorism capability. Nor is her objection based on fears of dilution of the principle of federalism.

The practice of giving powers of arrest to the intelligence agencies was started by Lenin and Stalin when they set up the KGB, the all-powerful Soviet intelligence agency, in order to enable it to deal with so-called counter-revolutionaries.

Her objections are to two features of the proposed NCTC mechanism”” the powers of arrests and searches sought to be given to the NCTC, which will be a division of the IB, a clandestine intelligence organisation, and the provision for the setting-up of inter-State intelligence teams by the NCTC.

She has reportedly described these provisions as highly objectionable and said that the powers of arrest and searches given to the IB through the mechanism of the NCTC under Section 2 ( e ) of the Unlawful Activities Prevention Act of 1967 “can be misused to suit ends that are motivated by reasons other than fighting terrorism. Moreover, setting up of inter-state intelligence teams by the NCTC is tantamount to usurping the legitimate rights of the States.”

I would not agree with her fears regarding the proposed inter-State intelligence teams. Such teams may be necessary to deal with pan-Indian terrorist groups such as the Indian Mujahideen which have their sleeper cells right across India in many States.

But, I do share her fears about the possible misuse of the powers of arrest and searches by the NCTC Division of the IB against political opponents by branding them as associated with terrorism. During the emergency of 1975-77, Indira Gandhi had many of her political opponents arrested by having them branded as threats to national security.