NAVAL GROUP: A partner for all naval needs 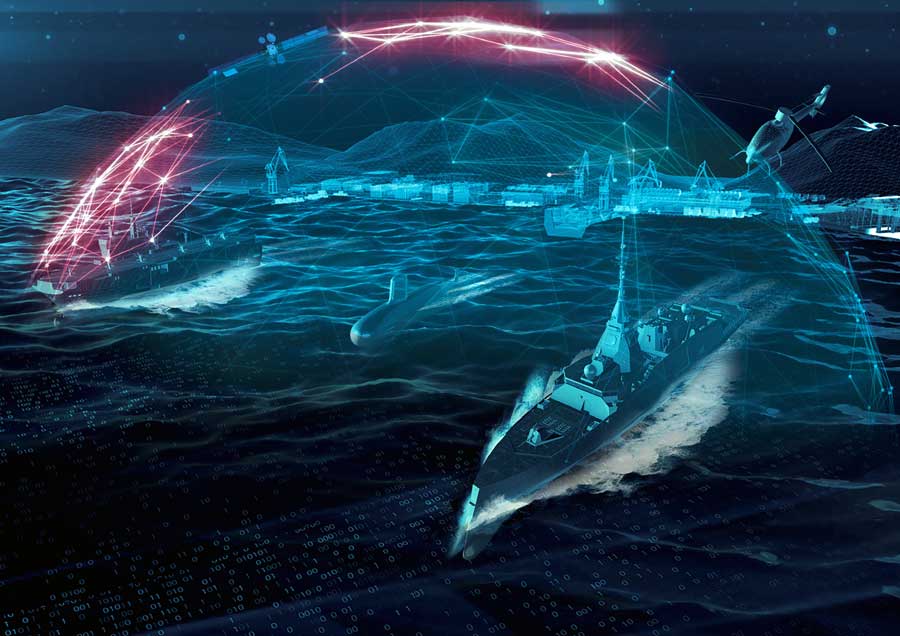 NAVAL GROUP as shipbuilder and integrator

The NAVAL GROUP of today can trace its roots back to 1631, when France’s Louis XIII ordered the construction of new naval shipyards. More than just an administrative decision, this move was a radical change in naval shipbuilding. It aimed to bring together under one organization the best experts and infrastructure that France had to offer in terms of naval architecture, construction, systems integration, and maintenance.

Since then, NAVAL GROUP and its industry partners have designed and constructed wide range of frontline warships (frigates, corvettes, landing platform deck (LPD), air craft carriers…) and submarines (nuclear and conventional).  But not only platforms, core know-how of NAVAL GROUP is in state of the art seamless integration, which is at the heart of today’s most advanced warships. Designing them requires the integration of multiple systems to create one floating system capable of executing multiple missions.

NAVAL GROUP is one of the few companies in the world to have design competencies in nuclear and conventional submarines, having safely delivered 37 submarines, ranging from 2,000 tonnes to 14,000 tonnes, in the past 50 years. NAVAL GROUP currently designs, builds and/or maintains Scorpène® submarines for foreign countries such as Malaysia, Brazil and India(building of 6 submarines for Indian under prestigious P75 project). NAVAL GROUP is designing and building the new Barracuda SSN attack submarine for the French Navy, the first of which will enter service in 2020. It offers a high SRS (Silent Running Speed) combined with excellent manoeuvrability. Its advanced ability to communicate discreetly is particularly useful during crisis management missions. Barracuda can launch a large range of weapons and countermeasures, including fire-and-forget anti-ship and land-attack missiles as well as wire-guided torpedoes. To improve its overall efficiency, Barracuda offers higher at-sea availability.

NAVAL GROUP’s latest offering as far as tactical warship is concerned is christened Belh@rra, the new 4,000 ton digital frigate proposed to meet needs of the French Navy and meet a growing international demand for first-rate, heavy armed frigates with a displacement of 4,000 tons.

Naval Group is honoured to have been shortlisted for P75(I) program. The Kalvari class submarines, built by MDL with Naval Group Scorpene® design, have already demonstrated outstanding performances at sea during operations. In addition based on these centuries of experience in designing, building and maintaining conventional as well as strategic submarines, Naval Groupis confident to seamlessly integrate the additional performances and functionalities, requested for P75(I), in the offered design for this modern future platform.

Naval Group has also responded to the ongoing tender from Indian Navy with the F21 torpedo, which is the latest generation HWT developed for the French Navy for its latest SSN submarines and whose characteristics far exceed all other heavy torpedoes currently in service with international navies.

With highest safety features, unrivalled autonomy because of its Silver Oxyde / Aluminium primary battery, advanced speed and performance, F-21 is a much more lethal weapon than other available torpedoes, which mostly use old generation Silver Zinc for their battery technology. It has been successfully tested fired from French Navy Rubis-class SSN. More than 100 F-21 torpedoes have been ordered so far to be integrated on to the French Navy’s Rubis class SSN, Barracuda class submarines and also to the Brazilian Scorpene submarines. NAVAL GROUP being an integrator and developer of advanced combat management systems the F-21 torpedo can seamlessly be integrated with the Subtics CMS family of the Scorpène® Submarines. This can of course be done in coordination with sound defence industrial ecosystem in India for the increased indigenous content.

In addition to this, NAVAL GROUP is in constructive discussion with Indian Navy for future advanced naval platforms like aircraft carriers, latest generation cyber secured frigates and more. The French shipbuilder is available to provide key technologies and design to ensure indigenous building of any advanced tactical ships at Indian shipyard through transfer of technology. The indigenous shipbuilding of platforms like aircraft carrier will enable NAVAL GROUP to incorporate and work together with Indian design engineers and indigenous industrials from the early stage of conception and thus enhancing local expertise and indigenous content for future advanced naval platforms.

AIP being a strong requirement of Indian Navy and in line with NAVAL GROUP’s objective to continuously increase the high indigenous content of the P75 submarines already achieved,Naval Group is assisting DRDO to integrate their indigenous AIP in the Indian Kalvari class submarines built with Scorpene® design during their forthcoming normal refits.Naval Group will do design simulations to work out the technicalities of the project which involves Jumboisation, the process of cutting, joining and putting various blocks together.