Home  >  News  > Geopolitics  >  Myanmar Operation: Why Pakistan is so rattled

Myanmar Operation: Why Pakistan is so rattled 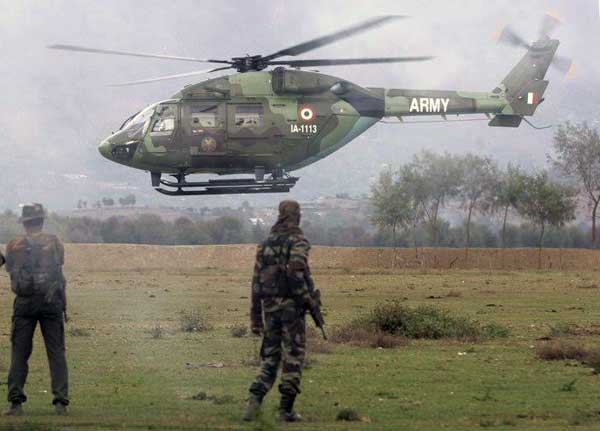 Ever since India launched a targeted Special Forces action against two militant camps in Myanmar and announced it, the whole of Pakistani political as well as military establishment is repeating again and again that “Pakistan is not Myanmar” and India should not even think about any such action against Pakistan. Before the nature and actual potency of these threats is examined in a threadbare manner, it will be pertinent to examine how India has been responding in the past to Pakistan’s terror proxies attacking Indian military and civilian targets along the Line of Control and International Border.

Within hours of Indian Special Forces destroying (NSCN-K) camps in Myanmar, paranoid statements from Pakistani side started to come despite the fact that after the strike GoI has nowhere indicated or mentioned that such operation could be expanded to the western theatre.

India has often responded to asymmetric warfare perpetrated by Pakistani forces through Special Forces action on both sides of LOC. However, objectives and triggers of such response from India have been much different when compared to recent action against terror camps in Myanmar. Cross-border specialized operations by India have been in response to the Pakistani Army-Lashkar-e-Taiba Border Action Teams (BATs) crossing over to the Indian side to either attack Indian posts or ambush Indian patrols (which on certain occasions included beheading of Indian soldiers). All such operations by India have been aimed at restoring Area Domination after unprovoked brutal attacks on its soldiers along the LOC by the Pakistani Army BATs.

Recently Indian Defence Minister Manohar Parrikar said that India is looking at optimal use of Special Forces to quickly neutralize the Pakistani terrorists who infiltrate into India. However, it is to be understood that all such operations are resorted to at tactical level and are not part of a concrete asymmetric warfare doctrine aimed at pre-emption and hot pursuit. India is still to develop such a doctrine.

On the contrary, Pakistani Army BATs and its proxies like Lashkar-e-Taiba (LeT) regularly indulge in such warfare against India where freshly infiltrated terrorists often target Indian Army camps as well as civilians in the wee hours. For instance, on May 25, 2015 one group of Pakistani infiltrators ambushed an Indian patrol in Tangdhar sector killing three soldiers. Another group of infiltrators tried to penetrate into the vicinity of Brigade Camp Area in Tangdhar but was engaged and neutralized by alert soldiers, just 200 meters away from the camp. On certain occasions, Pakistani intruders have tried to carve out a temporary control zone to create a furore and gain publicity with active support from Pakistani BATs. During one such engagement, which lasted for nine days starting September 23, 2013 when the Indian Army engaged infiltrators in Shala Bhata area of Keran Sector, compact batches of Pakistani BATs were pressed into action to engage and round up the outer flanks of the Indian cordon.

However, action by India has never been in the nature of hot pursuit or pre-emption. There is no reported instance where Indian Special Forces have crossed LOC to neutralize terrorist facilities or for hot pursuit of terrorists who retreat to the Pakistani side of LOC after failed infiltration bids.

…Generals in Rawalpindi know very well that nuclear retaliation to a targeted localized Special Forces action by India is an impossibility in real life.

Within hours of Indian Special Forces destroying National Socialist Council of Nagaland-Khaplang (NSCN-K) camps in Myanmar, paranoid statements from Pakistani side started to come despite the fact that after the strike Government of India has nowhere indicated or mentioned that such operation could be expanded to the western theatre. The only thing underlined by the official statements was that India will not take dastardly acts of terrorism on it soil lying down, and will take whatever action it finds necessary to defend itself. Almost every major politician of Pakistan issued statements on the Indian operation in Myanmar, including Prime Minister Nawaz Sharif; the gist of all of them being that “Pakistan is not Myanmar”. Pakistani Parliament passed unanimous resolutions against perceived Indian “belligerence” and former Pakistani president and Army Chief General Pervez Musharraf went to the extent of issuing nuclear threats as well as “expanding proxy war against India”.

However, what Pakistani leaders say is quite immaterial for the purposes of this game if India actually decides to embark upon playing it. First, coming to the threat of expanding proxy war against India which often comes from people like General Musharraf or is conveyed through Hafiz Saeed rallies, there is no guarantee anyway that Pakistan won’t expand it against India at the opportune moment to further its strategic objectives. In the past, all major terror strikes on Indian soil emanating from Pakistan were launched to take advantage of the geo-political circumstances of the time, to deflect pressures from the international community to act against terror groups destabilizing Afghanistan or to extort concessions from India on the talks table.

So absence of pre-emptive action against terror infrastructure by India will not dissuade the Pakistani military-intelligence establishment and jihadist machinery at its command from repeating something like 26/11 attacks or creating another Indian Mujahideen kind of proxy. Terror nurseries continue to thrive on Pakistani soil and many such conspiracies may already be in the phase of being conceived.

…Pakistan knows very well that any sub-conventional Indian response whether in nature of pre-emption or hot pursuit cannot be responded to by nuclear warfare. At the most Pakistan can respond by BAT actions and organizing of multiple terror attacks against Indian troops.

Coming to nuclear blackmail, no matter how many times Pakistan issues nuclear threats, generals in Rawalpindi know very well that nuclear retaliation to a targeted localized Special Forces action by India is an impossibility in real life. It is particularly notable in this regard that any such targeted localized action by India will be hugely short of the much-feared and debated “Cold Start” punishment, thus disarming Pakistan of any excuse of deploying tactical nukes it has been developing and sporting as a deterrent against Cold Start. Another dilemma facing Pakistani military planners in counting any such action by India as “Cold Start” deserving a “tactical nuclear response” from their side is articulation by India of how its nuclear doctrine will play out in such an event.

In April 2013, chairman of India’s National Security Advisory Board, Shyam Saran articulated the Indian position in following words: “A limited nuclear war is a contradiction in terms. Any nuclear exchange, once initiated, would swiftly and inexorably escalate to the strategic level. Pakistan would be prudent not to assume otherwise as it sometimes appears to do, most recently by developing and perhaps deploying theatre nuclear weapons.”

Putting it more plainly Mr. Saran further said: “India will not be the first to use nuclear weapons, but if it is attacked with such weapons, it would engage in nuclear retaliation, which will be massive and designed to inflict unacceptable damage on its adversary. The label on a nuclear weapon used for attacking India, strategic or tactical, is irrelevant from the Indian perspective.”

Pakistan needs to understand that it cannot eternally sustain proxy war against India with impunity. Some day a breakeven point will arrive, forcing India to resort to proactive action…

So no matter how much catchy nuclear threat rhetoric Pakistan generates, it knows very well that any sub-conventional Indian response whether in nature of pre-emption or hot pursuit cannot be responded to by nuclear warfare. At the most Pakistan can respond by BAT actions and organizing of multiple terror attacks against Indian troops. But India is capable of and may very well decide to absorb all that in case of a repeat of 26/11 kind of scenario. However, any successful Indian operation on Pakistani soil may cause huge damage to the Pakistani Army’s domestic image more than the one it suffered after Abbottabad. It is for these reasons Pakistan is sounding so rattled over the Indian operation in Myanmar.

Pakistan needs to understand that it cannot eternally sustain proxy war against India with impunity. Some day a breakeven point will arrive, forcing India to resort to proactive action to dissuade Pakistan from sponsoring terrorist activities. After the Myanmar Operation, Indian Defence Minister Manohar Parrikar acknowledged that the operation has changed the security mindset in the nation. By resorting to retaliatory action against terror groups operating from Myanmar and publicizing it, the Narendra Modi government has knowingly or unknowingly set up a standard of response against terrorism for itself as well as for future governments. Pakistan would do well to understand this.

6 thoughts on “Myanmar Operation: Why Pakistan is so rattled”