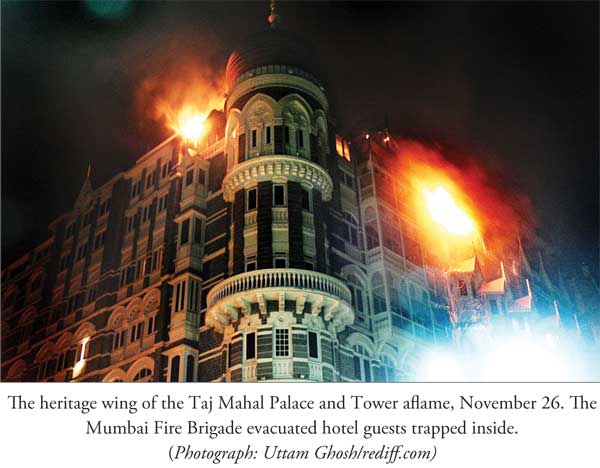 Even while holding talks with the US on peace in the Pacific, the Japanese Empire secretly and treacherously planned and carried out massive surprise attacks from the air and the sea on Pearl Harbor in Hawaii on December 7, 1941, killing a large number of American military personnel and civilians and destroying the US naval base there.

In an address to the US Congress the next day, which came to be known as the “Day of Infamy” speech, the then US President Franklin D. Roosevelt said: “Yesterday, December 7, 1941 — a date which will live in infamy — the United States of America was suddenly and deliberately attacked by naval and air forces of the Empire of Japan. The United States was at peace with that Nation and, at the solicitation of Japan, was still in conversation with its Government and its Emperor looking towards the maintenance of peace in the Pacific.

…the world saw another day of infamy on November 26, 2008. Around 8-30 PM, a group of 10 Pakistani terrorists belonging to the Lashkar-e-Toiba (LeT), an ally of Al Qaeda and a strategic asset of Pakistans Inter-Services Intelligence (ISI), secretly landed in the seafront area of Mumbai…

Indeed, one hour after Japanese air squadrons had commenced bombing in Oahu, the Japanese Ambassador to the United States and his colleague delivered to the Secretary of State their reply to a recent American message. While this reply stated that it seemed useless to continue the existing diplomatic negotiations, it contained no threat or hint of war or armed attack. It will be recorded that the distance of Hawaii from Japan makes it obvious that the attack was deliberately planned many days or even weeks ago.

During the intervening time the Japanese Government had deliberately sought to deceive the United States by false statements and expressions of hope for continued peace … The facts of yesterday speak for themselves. The people of the United States have already formed their opinions and well understand the implications to the very life and safety of our Nation. As Commander-in-Chief of the Army and Navy I have directed that all measures be taken for our defense. Always will we remember the character of the onslaught against us. No matter how long it may take us to overcome this premeditated invasion, the American people in their righteous might will win through to absolute victory.

I believe I interpret the will of the Congress and of the people when I assert that we will not only defend ourselves to the uttermost but will make very certain that this form of treachery shall never endanger us again. Hostilities exist. There is no blinking at the fact that our people, our territory, and our interests are in grave danger. With confidence in our armed forces — with the unbounded determination of our people — we will gain the inevitable triumph — so help us God. I ask that the Congress declare that since the unprovoked and dastardly attack by Japan on Sunday, December seventh, a state of war has existed between the United States and the Japanese Empire.”

Sixty-seven years later, the world saw another day of infamy on November 26, 2008. Around 8-30 PM, a group of 10 Pakistani terrorists belonging to the Lashkar-e-Toiba (LeT), an ally of Al Qaeda and a strategic asset of Pakistan’s Inter-Services Intelligence (ISI), secretly landed in the seafront area of Mumbai, the jewel of India and the business and financial capital of a newly-emerging economic power, divided themselves into four groups and went around spreading death and destruction over a wide area in the seafront. 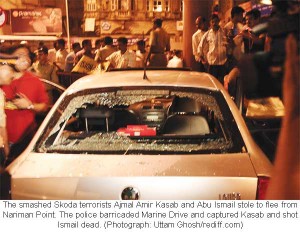 It was a commando-style raid by a group of specially trained jihadis, the like of which the world had not seen before.

One group killed the ordinary people of the city — innocent men, women and children. Many in a railway station. Some in a hospital. And some others on the roads and elsewhere.

Two others, after killing the diners and staff of a restaurant, entered and occupied two five-star hotels frequented by the business and social elite of India and the world. They remained in occupation of the hotels for nearly 60 hours and engaged in a confrontation with the security forces before they were killed.

The fourth group forced its way into a Jewish cultural-cum-religious centre, took its six inmates — four Israelis and two with dual US nationality — hostages, tortured them and finally killed them before the security forces could intervene. Among those tortured and killed by them was an Israeli woman, who was expecting a baby.

As treacherous and as dastardly as Al Qaeda’s attacks in the US homeland on 9/11.

But Al Qaeda was not the tool of any State. No State was using it to attack the US.

The LeT was. It was the tool of Pakistan’s military-intelligence establishment.

It has been since its creation in the 1980s during the so-called jihad against the Soviet troops in Afghanistan.

The ISI used it in Afghanistan in the 1980s.

It has been using it against India since 1993.

Initially in Jammu & Kashmir. Subsequently, in other parts of India.

The LeT helped the ISI in its strategic agenda against India.

This did not stop it from helping Al Qaeda in its operations against the West.

The Pakistanis must have been certain that it will never do it in the future.

This was not the first act of mass casualty terrorism carried out by the LeT in Mumbai.

This was the second.

The first was in July 2006 when terrorists trained by it carried out a series of explosions in the suburban trains of Mumbai, killing over 170 innocent civilians.

Instead of reacting with as much righteous indignation and force against Pakistan as Roosevelt did against the Japanese Empire for its act of treachery, we chose to give it the benefit of doubt. 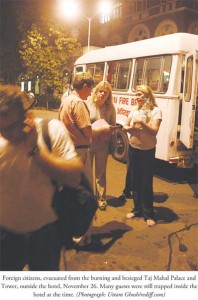 Within two months of this act of treachery, we entered into an agreement with Pakistan for setting up a joint counter-terrorism mechanism as if Pakistan looked upon the LeT as a terrorist organization.

We entered into peace talks with Pakistan. Through governmental and non-governmental channels. Composite dialogue, it was called.

Even as these talks were going on, the ISI was preparing two other groups of terrorists for use against India.

One group attacked the Indian Embassy in Kabul in the first week of July, 2008.

What brave statements we made after the Kabul attack! We threatened to have the ISI destroyed!

The Pakistanis and the ISI must have chuckled within themselves.

Imagine the Government of India translating its brave words into action!

It has never done it.

The Pakistanis must have been certain that it will never do it in the future.

So as the peace talks were going on and as the so-called joint counter-terrorism mechanism was holding one meeting after another, a new group of terrorists was being trained commando style.

Initially, they were trained in camps in Pakistan-occupied Kashmir.

Then, they sailed to Mumbai and attacked under the darkness of the early night.

The LeT attack lasted 60 hours plus.

The LeT attack targeted only civilians — Indians and foreigners.

The ISI-sponsored LeT attack was as treacherous as the Japanese attack.

And how did we react?

As a political class?

As we have always done.

Brave and indignant words in the beginning.

And a subsequent reluctance to translate the words into action.

The day of infamy on December 7, 1941, changed the history of the world. 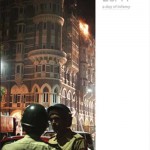 Has it changed the history of the sub-continent?

Have we created the fear of God in the minds of Pakistan and its terrorist surrogates?

Have our reactions made it certain that there will not be another 26/11 in our history?