Modernisation of the Indian Infantry 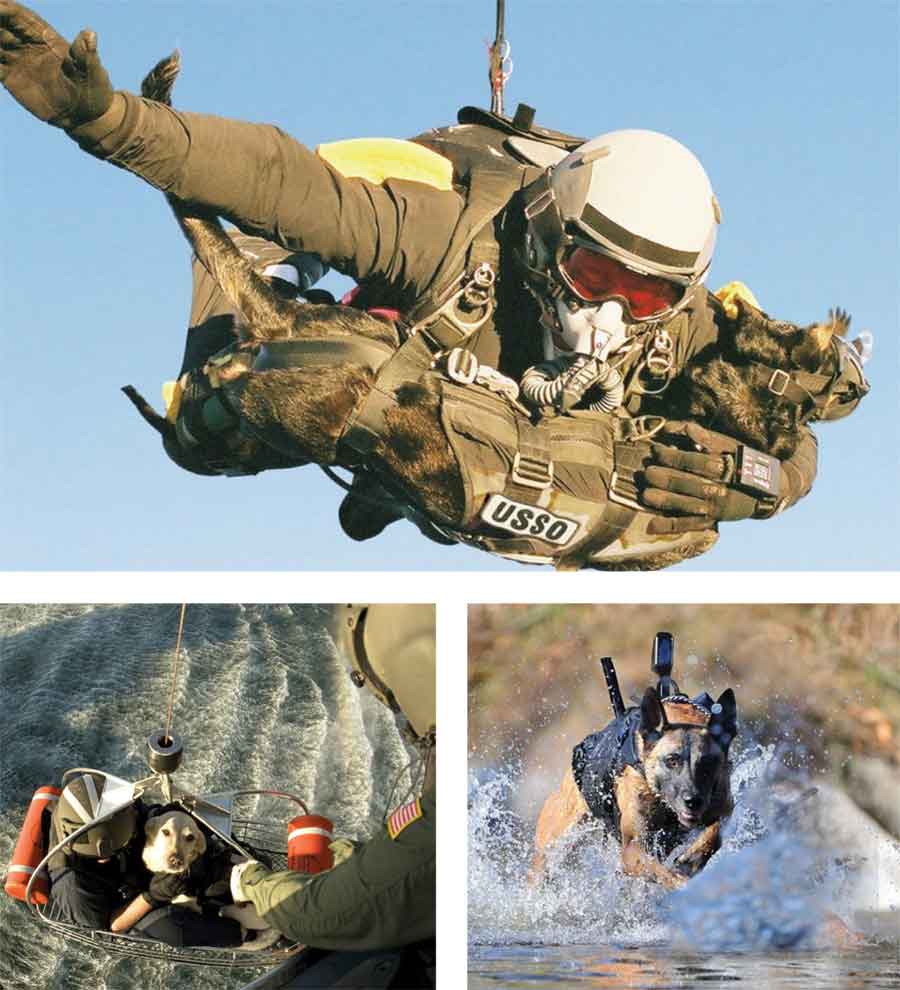 US War Dogs. Our Special Forces and Airborne forces have not graduated to this level

The Battlefield Management System (BMS) and F-INSAS programs are being developed concurrently; BMS under Information Systems and F-INSAS under the Infantry. The BMS was conceived at battalion/regiment level pan army (including for the infantry) and comprises communication, non-communication hardware and software. The lowest level to which the system will be connected is the individual soldier/weapon platform and highest level with the Battalion/Regiment Commander. The system will be further integrated with the Tactical Command, Control, Communications and Information (Tac C3I) System through the Command Information Decision Support System (CIDSS).

In terms of clothing and bullet proof jackets, the quality that DRDO provides is generally first from the rock bottom…

The Directorate General of Information System (DGIS) is charged with facilitating transformation of the IA into a dynamic network-centric force achieving information superiority through effective management of information technology. Quite logically, Phase III of F-INSAS (Computer Sub System, Radio Sub System, Software and Software Integration) should be a part of the BMS. However, the Infantry remains adamant that Phase 3 of F-INSAS should be developed by Infantry and not be a part of BMS. A separate project of software and communication integration by Infantry is retrograde, delaying overall net-centricity pan army, would incur additional avoidable costs and defeat the very purpose that the DGIS was created for, considerable work in the fields of GIS and applications having already been done by the latter in addition to completing Phase I of THE CIDSS and Battlefield Surveillance System (BSS).

Squabbling on delimitation between the BMS and F-INSAS cost a delay to Phase I of the BMS by almost a year. The infantry has been haggling that Phase III of F-INSAS (Computer Sub System, Radio Sub System, Software and Software Integration) be developed by them in full or at least till company/platoon level. Since F-INSAS is to incorporate situational awareness and GIS, it amounts to not only ‘re-inventing the wheel’ but will require yet another project to integrate the F-INSAS with the BMS implying infructuous and avoidable additional expenditure and time. We have not learnt from similar situations in foreign armies. 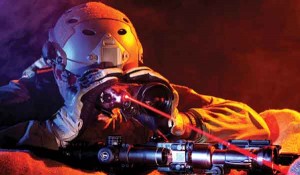 In the UK, FIST program for Infantry was thought of for ten years after the BOWMAN program. In the latter, the C2 system went down to half squad. The Platoon Commander carries both the BOWMAN and the FIST. In case the section has to function independently the Section Commander carries both the BOWMAN and FIST. Separate FINSAS and BMS could lead us to similar situations which should be unacceptable. FBCB2 was implemented in 1998 in US Army. Land Warrior was started late, prototyped in 2005 and foreclosed in 2007, leading to Future Force Warrior (FFW) Program being started. Land Warrior did not integrate with FBCB2. As a result, FBCB2 is being replaced by Joint Battle Command System (JBCS) which goes down to the soldier.

The new attire will enable the troops to carry extra load and resist the impact of nuclear, chemical and biological warfare…

Significantly, the FFW program is looking only at the soldier ensemble to include weapon, protection and integrated helmet. The future soldier program will not have a radio of its own but JTRS Cluster 5 Radio (Soldier Radio), common to all US soldiers and a common SA and computer from JBCS. The helmet will have a helmet-mounted display, earphones and microphone. The system of systems are about integrating systems and empowering the user. The soldier is only a part of the network; he is not responsible for the network. Separate F-INSAS and BMS programs will lead to issues related to inter-operability and integration of systems as the systems may be developed by different agencies using different platforms.

Maintenance of disparate systems would be required and it would be difficult to achieve the test-bed of an integrated Combat Group or Infantry Battalion Group. It would be prudent for the Infantry to only develop Phases I and II of the F-INSAS, leaving development of Phase III as part of the BMS especially since the latter also caters for Mechanised Infantry, both in mounted and dismounted roles.

Continuous focus required in relation to the infantryman should be to decrease his load, increase his effectiveness and significantly improve his effectiveness. There is need to not only hasten the F-INSAS project but also holistically review whether there is a need to go beyond and meet the soldier modernisation of the entire Security Sector; all Military, Para Military Forces (PMF), Central Armed Police Forces (CAPF) and Police units charged with counter-insurgency and counter-terrorist operations because asymmetric threats need to be met in integrated fashion at the national level. Then within the army, the BMS is catering for the digitised battlefield at regiment/battalion level pan army but the BMS does not cater for Weapons, Body Armour, Clothing and Individual equipment, which actually should be a part of soldier modernisation pan army since in counter-terrorism and counter-insurgency, invariably troops other than infantry also get involved in operations both inadvertently and/or advertently. We should, therefore, be looking at across-the-board soldier modernisation concurrent to the infantry soldier. 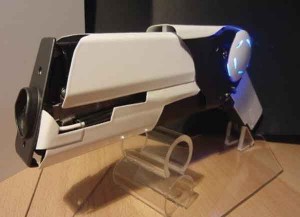 Mini UAVs (MAVs) and medium range surveillance devices are planned for a deeper look into enemy territory by the infantry but are apparently delayed on account of these being developed by the DRDO. Hopefully, the development will not be as slow and hiccupped as the Nishant UAV. The US forces have been operating the RQ 11 MAV in Afghanistan successfully that fits in a backpack. The French also introduced a MAV for their Special Forces in 2009. It may be prudent for our infantry to try out Commercial Off The Shelf (COTS) MAVs concurrent to indigenous developments.

Our infantry is also contemplating provision of Patrol and Sniffer Dogs to units/sub units. For decades now we have been using dogs from Army Dog Units for simple patrolling and sniffing tasks. We should be looking at specialisation of the type that is in the US forces; war dogs as buddies even trained in aerial delivery. Our Special Forces and airborne forces need to take a lead in this.

There is also a need to start developing futuristic weapons. The New US XM25 Rifle uses radio-controlled smart bullets and the gun-sight uses a Laser Range Finder. The DRDO has developed the Laser Dazzler that will impair vision temporarily to control unruly crowds and there are plans to develop ADITYA – a vehicle mounted gas dynamic laser-based directed energy system as technology demonstrator plus a 25-kilowatt laser system under development to hit a missile in terminal phase at a distance of five to seven kilometres.

But we should also be looking at hand-held weapons. The US already has the 1 MW Laser Pistol and the US Army is to induct Laser Assault Rifles in the near future. Russia has announced the development of the Zombie Gun (psychotropic weapon) for mind control and obviously countries such as US, China and UK will not be lagging behind. 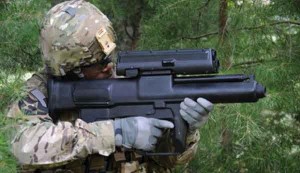 US XM-24 Rifle and the futuristic Phased Plasma Gun

It is important to note that in 21st century conflict situations not only will operations be increasingly inter-agency involving greater applications of ‘all elements of national power’, but our adversaries will also endeavour to employ hi-tech irregular forces against us. If we can achieve soldier modernisation within the Security Sector and network this cutting edge at the national level, we can be sure to win future conflict situations. Modernisation of the infantry has not been given its due in past decades.

This must be treated as an ‘emergent’ requirement in consideration of the emerging threats within and surrounding the country especially considering the rate at which terrorists are achieving sophistication.

7 thoughts on “Modernisation of the Indian Infantry”