Modernisation of the Aviation Arm 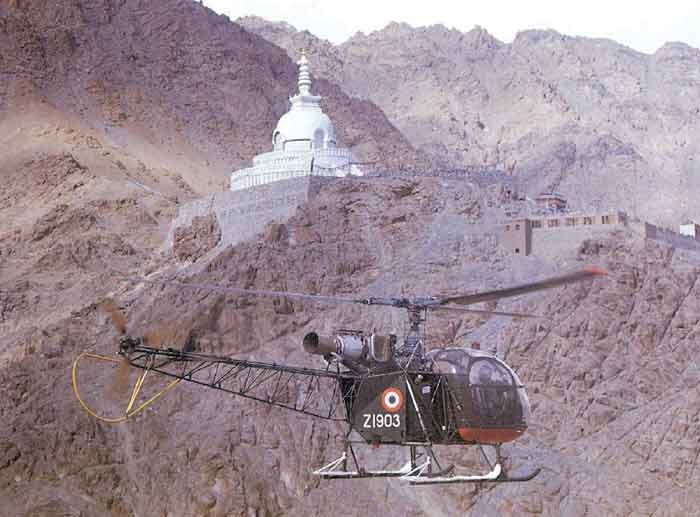 As perceived by strategists, future wars are going to be short and intense. This fact is well accepted by military commanders as well. The Corps today has to match up with number of specialised roles in the Tactical Battle Area (TBA). So the flexibility and swift action at all levels will be of great importance to shape the battlefield. Induction of the Advanced Light-utility Helicopters (ALH) is already underway. These helicopters will be of great importance to the field formation commanders. The first squadron of ALH was inducted into Army Aviation in 2002. From then onwards the induction of these helicopters has been a continuous process. However, the medium and heavy-lift helicopters which form the core of the tactical lift capability continue to be with Air Force.

Army aviation is a very crucial component of army for both war and peacetime operations. Keeping in mind our diverse terrain i.e. mountains, jungles and vast patches of desert, it is important for the field formation commanders to exploit the vertical dimensions of the battlefield to the maximum to have total control over the battlefield. During peacetime it can play a very vital role from the point of homeland security and disaster relief.

Hence it becomes very important for the political leaders and military commanders to look at this arm with more sincerity and urgency so that this arm can shape itself well enough to give it flexibility and mobility whenever required.

At present, the Army Aviation Corps (AAC) has in its inventory the largest number of helicopters amongst the three services, majority being the light reconnaissance and observation class i.e. the Chetak/Cheetah. In spite of being obsolete these helicopters have done great service for this arm – in peacetime for disaster management or during war time, even on the Siachen glacier for the last four decades. Now keeping this fleet operational is becoming practically impossible due to vintage and spare criticality.

As perceived by strategists, future wars are going to be short and intense. This fact is well accepted by military commanders as well. The Corps today has to match up with number of specialised roles in the Tactical Battle Area (TBA). So the flexibility and swift action at all levels will be of great importance to shape the battlefield. Induction of the Advanced Light-utility Helicopters (ALH) is already underway. These helicopters will be of great importance to the field formation commanders. The first squadron of ALH was inducted into Army Aviation in 2002. From then onwards the induction of these helicopters has been a continuous process. However, the medium and heavy-lift helicopters which form the core of the tactical lift capability continue to be with Air Force.

At present, the Army Aviation Corps (AAC) has in its inventory the largest number of helicopters amongst the three services…

Similarly, two squadrons of M-25 and M-35 attack helicopters which were bought out of Army budget still continue to be with the Air Force though operationally under the Army. The optimal use of these helicopters is not possible under the present set up by field formation commanders due to command and control problems between the two services. This is a known problem which our political and military leaders need to understand. The army’s requirement of one flight per command of fixed-wing aircraft of ATR/Dornier class for roles like command and control, aerial communication hubs, logistics including casualty evacuation and communication flights has also not fructified due to strong objections from the Air Force. This is despite the fact that paramilitary forces in India have their own fixed-wing aircraft. A worldwide survey of military aviation organisations reveals that there are inadequacies in the Indian Army Aviation Corps.

There is no doubt that Army Aviation is going to play an enhanced role in the future, both in peacetime for disaster management and in military operations. This will not be possible unless this arm grows both quantitatively and qualitatively. With the latest technological advancements all over the world most of the wars are going to be fought at night. For this, the induction of machines needs to be viewed seriously. The aircrew are not only required to be proficient in flying but also to be in the field to understand the army manoeuvres, operational thinking and ground tactics. 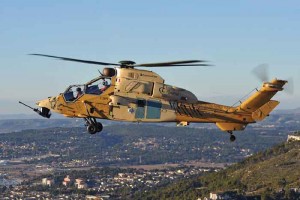 Most of the armies in the world including our immediate neighbours China, and Pakistan have their dedicated air arm to support their operations. Keeping this in mind there is a definite need to look at this arm more seriously so that it shapes in to a very potent force in the times to come.

There is no doubt that future wars will be fought keeping in mind the technological advancements and the nuclear-intense environment in the world. This fact really points out that all the combat elements must be optimally utilised to achieve decisive results. These facts are well accepted by our military leaders. The fluidity of operations in the TBA demands quick decision-making, swift deployment and utilisation of all response resources to the maximum. Failure to achieve this will lead to sub-optimal utilisation of combat resources may lead to denial of outright decisive victory in operations.

Exploiting the vertical dimensions through rotary wing is essential to achieve quick success in TBA as it is both an element of manoeuvre and delivery of fire power. Integration of all the resources in the TBA is a sure short mantra to battle area success. The concept of air mobility has ever since remained attractive to armies of the world over. The concept of tactical mobility is a cardinal feature of any military doctrine. It calls for extensive use of helicopters and fixed-wing aircraft to transport both airborne and infantry units together with supporting equipment, either across or along the edges of the battlefield. 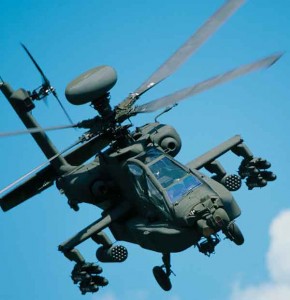 Armies all over the world have directed substantial efforts in improving their rotary-wing inventory towards this end. The US army regards the chief function of the medium-lift helicopters as being carriage of equipment and weapons whereas Germany looks at troop-lifting capability of one battalion per corps in one operation.

Attack helicopters have been designed, keeping in mind anti-tank roles as foremost importance so that they may counteract any numerical superiority of armour on the battlefield. The strategy to counter armour is not always with an attack helicopter where the compatible ratio exists; in that case they may have to perform the Infantry support role.

The AAC is yet to emerge as a composite third dimension force multiplier to meet the requirements of an integrated battlefield scenario in future wars. The development of the Light Combat Helicopter (LCH) by Hindustan Aeronautics Limited is a great achievement. Designed to operate at high altitudes, the LCH has a service ceiling of about 21,000 ft. It will come armed with an M621, 20mm turret gun, 60/80mm rocket besides anti-tank guided missiles as well as air-to-air missiles. But this is not sufficient to depend on till the air arm of the army becomes totally independent with the requisite number of helicopters of all types and fixed-wing aircraft to meet the requirements of field formation commanders in totality.

Keeping in mind the above facts of modern warfare and technological advancements, the Army Aviation Corps has to be given a boost in its inventory to meet future challenges so that the vertical dimensions in TBA are fully exploited in total integration with land forces. The military leaders must realise that all future accretions are planned with an open mind to cater for at least two to three decades with multi-role helicopters. It will prove to be a cost-effective and operationally viable proposal. To cater for the threat perception and requirements, the following accretions are proposed to make the AAC a potent air arm of the future.

2 thoughts on “Modernisation of the Aviation Arm”