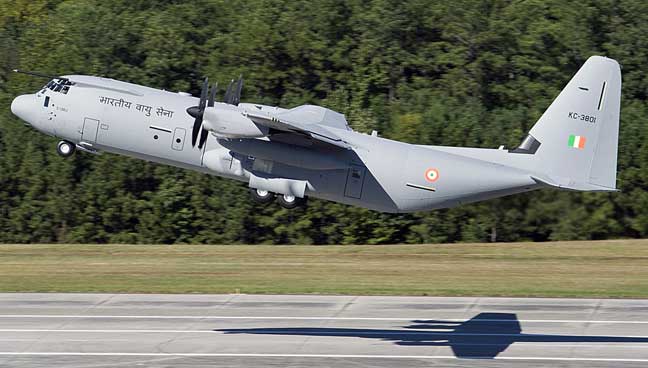 Indian military aviation went through its first phase of modernisation during the mid sixties and the second phase was in the late seventies to early eighties. Today India’s military aviation is poised for modernisation on a scale unprecedented. On the occasion of the 78th Anniversary of the Indian Air Force (IAF), Air Chief Marshal PV Naik, Chief of the Air Staff, exhorted IAF personnel to be ready to confront challenges emanating from the “volcano like security environment in the neighbourhood”.

India’s strategic neighbourhood extends from the Malacca Strait to the Persian Gulf. To the North sits the Chinese dragon and to the South, extends the vast Indian Ocean Region (IOR). In the next 20 years as a dominant economic and military power, China will challenge India’s influence in the IOR.

…its (IAF) transport fleet is inadequate to meet strategic airlift requirements and the helicopter force is barely capable of achieving all its tasks.

Independent India’s security concerns have mainly been driven by uneasy relationship with Pakistan. Post 1962, India’s relationship with China has been stable. However, she has made inroads into India’s immediate neighbours and there have been frequent incursions into Indian territory. A clash of interests between the two giants is therefore inevitable. In a worst case scenario India’s defence forces may have to fight a two front war for which they need to be suitably equipped. With all three protagonists possessing nuclear weapons, a conventional full-scale war is highly improbable but the growing China-Pak nexus will henceforth drive India’s military modernisation programmes.

India is a growing economic power with strategic aspirations and its military capabilities should therefore be in consonance with its status and adequate to counter all threats across the full spectrum of conflict. At the end of this decade Indian air power must emerge as a force capable of undertaking a wide range of tasks. These would include air strike in a conventional and nuclear environment, defence of airspace against intrusion, aerial cover to naval forces operating on high seas, strategic air mobility for ground forces, air support in the tactical battle area and logistical air support for the Army in peace and war. It must be capable of providing aerial surveillance of the EEZ and strategic sea lanes. 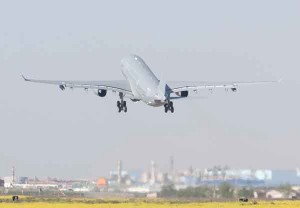 Air power offers the country a seamless resource to knit together the core competencies of the Army, Navy, Air Force and Coast Guard into an over arching umbrella of strategic security. As per the Chief of the Air Staff, 50 per cent of the IAF’s equipment is either obsolete or obsolescent. This candid admission highlights the urgent need to induct modern aircraft and supporting assets to contain obsolescence to a manageable level.

Today the IAF is in transition. Its combat aircraft fleet is substabtially depleted, its transport fleet is inadequate to meet strategic airlift requirements and the helicopter force is barely capable of achieving all its tasks. The IAF needs more Flight Refuelling Aircraft (FRA) and airborne early warning systems to cover all contingencies. The basic trainer aircraft fleet is grounded and advanced training is severely hampered by the absence of a modern trainer aircraft in sufficient numbers. The airfield infrastructure needs to be modernised to operate new acquisitions.

The IAF acquired its first IL-78 FRA in 2003 but the present fleet of six is grossly inadequate to meet its operational requirements.

The present state of the hardware is a matter of concern both for the Government of India and the IAF. It is abundantly clear that air power resources of the IAF are not sufficient to meet its strategic objectives. The threat scenario for the next two decades and the current state of equipment demands that the IAF re-equip its force to replace all obsolete weapons systems reduce obsolescence factor to 20 per cent and to restore the combat fleet to its authorised strength of 39.5 squadrons.

In October 2009 the Defence Minister, Sri AK Antony acknowledged the growing asymmetry in military power between China and India. He was of the view that the IAF’s capabilities should be in keeping with India’s aspirations, international status and threat perceptions and said that the Government was taking steps to develop the IAF into an aerospace power which would have strategic reach to operate away from the Indian mainland while integrating the space based assets with air defence, surveillance, strike aircraft and weapons systems. This is a major doctrinal shift in the use of airpower by India.
In the last six decades after Independence, air power, be it of the IAF, or integral to the Indian Navy (IN)/ Army/Coast Guard, has always been employed as a tactical arm for the defence of the homeland, protection of the fleet and support of ground forces in war and peace. If air power is to be an element of strategic national policy it has to be capable of dominating the air space covering India’s strategic interests and the new assets must tailored to provide this capability.

The IAF’s reach has in the past been restricted to the radius of action of its land based force but this was of little consequence since all targets in Pakistan, the primary opponent, were within the reach of IAF’s strike aircraft. The Maldives expedition by IL-76, An-32 and Mirage 2000 in November 1988 demonstrated India’s strategic intentions for the first time, but brought to light the limitations by way of the absence of FRA. The IAF acquired its first IL-78 FRA in 2003 but the present fleet of six is grossly inadequate to meet its operational requirements. In 2007, the IAF had initiated Request for Proposal (RFP) for FRA to Lockheed Martin, Boeing, EADS and Ilyushin. The two companies to respond were Ilyushin and EADS.Ilyushin was the lowest bidder but the IAF preferred the EADS offer of Airbus 330 Multi Role Transport Tanker (MRTT), albeit far more expensive.

However the Finance Ministry declined to clear the proposal as in their view, price of the Airbus 330 was exorbitant and felt that the IAF ought to consider the Russian proposal since the IL78 was already operational in the IAF. The dichotomy of views, led to the cancellation in January 2010 of the $ 1.5 billion tender. Shortly thereafter, a fresh Request for Information was floated and this time Boeing indicated intentions to bid for the contract. Boeing is already in a battle with EADS for a 179-aircraft tender for the US Air Force and the outcome is likely to impact the Indian tender. Cancellation of the tanker contract has effectively put the IAF behind by at least six years in its efforts to induct additional force multipliers, indispensable for an air force with strategic compulsions.

Offensive air operations are best carried out under radar cover. However, land based radars of the IAF are incapable of providing cover to fighter aircraft flying over enemy territory or provide warning of intrusion by enemy aircraft early enough. Gulf War 1991 proved the effectiveness of the AWACS and the need to maintain continuous radar surveillance and airspace management of the battle area. The Indian DRDO and Embraer are jointly modifying the EMB-145 for the AEW role which is expected to be ready by 2012. Twenty such aircraft would be required to meet the requirements of the IAF and the IN. With the lifting of the sanctions on DRDO during President Obama’s visit, the development of the indigenous AEW & control aircraft should move ahead rapidly. 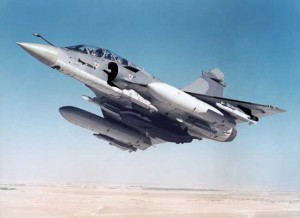 The IAF has received two of the three A-50 EI AWACS jointly produced by Russia and Israel but it is estimated that if the IAF is to build a strategic capability, at least 12 of these are required to maintain 24/7 vigil during operations.

In the next few years the fighter force will have to be built up by a combination of upgrades and new acquisitions. The MiG 21 fighter fleet is obsolete and needs to be replaced urgently. The MiG 23 fleet has been phased out and the long awaited LCA Tejas is yet to be inducted. The MiG 29’s are undergoing mid-life upgrade and will get an extension of total life. Price negotiations with Dassault for the upgrade of the Mirage 2000 fleet which would extend fleet life by 15 years, continues. The Jaguar fleet is to be re-engined and the avionics upgraded to enhance deep strike capability. The IAF has contracted for 280 Sukhoi 30 MKI which will help maintain air superiority. Avionics of the Su-30’s received earlier will be upgraded. Flight trials of the Medium Multi-Role Combat Aircraft (MMRCA) have been completed and there is hope that the contract will be signed by mid 2011.

The American F/A-18 E/F and F-16IN Super Viper, European Eurofighter Typhoon, Russian MiG-35, French Rafale and Swedish JAS 39 Gripen are the contenders in the race. The deal is expected to be worth $11 billion but the final selection could be influenced more by political compulsions than price. India and Russia are also to jointly develop the Fifth Generation Fighter Aircraft which is to be inducted by 2017. This timeframe may appear somewhat unrealistic. The mid-life upgrades of the existing fleet and procurement of new fighter aircraft in this decade will transform the IAF’s fighter fleet into a potent force giving it the capability to dominate the airspace in India’s area of interests.