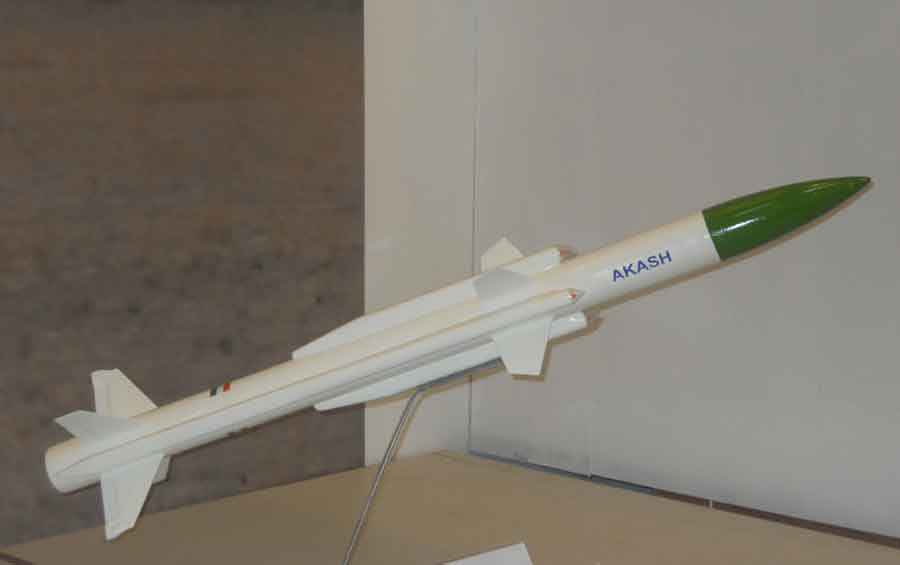 The air threat envelope is increasing exponentially both in range and altitude, making it essential that the range and altitude of coverage of GBADWS is increased commensurately. Air defence in the emerging battle-space therefore necessitates deployment of multi-layered and multi-tiered mix of weapon systems that are hardened to function in a hostile cyber and electronic warfare environment. Overall, within the gamut of the Indian Army’s vision of the future, AAD must evolve into a modern net-enabled force capable of providing air defence protection to field forces and strategic assets against the complete spectrum of air threat in all operations of war and in all types of terrain. In doing so, the new technologies of stealth, unmanned aerial platforms and the Chinese concept of mass attack using a variety of warheads must be taken into account.

Army Air Defence (AAD) has perhaps been the most neglected arm of the Indian Army over the years, leading to bulk equipment having going vintage. To start with, the birth of AAD itself had terrible labour pains with the Regiment of Artillery vehemently opposing its break away and delaying the decision as long as possible even once the proposal was approved. Unfortunately, indigenous R&D has not been able to make any worthwhile contribution, which is hardly surprising considering that India continues to import over 70 per cent of its defence equipment. The Indian defence industry has not been able to develop modern assault rifles, carbines and light machine guns, forcing the Infantry as well as the Central Armed Police Forces to resort to imports.

The wars in Iraq and Afghanistan have reinforced the significance of air power in modern warfare and in relation to this, the importance of air defence hardly needs elaboration. In fact, the emergence of space and its weaponisation has raised the importance of air defence to the next level. Consequently, future Ground Based Air Defence Weapon Systems (GBADWS) will have to operate well beyond the traditional threat envelope of current generation weapons. This will be vital in the event of a future Sino-Indian conflict. In India, the overall responsibility of air defence rests with the Indian Air Force and perhaps that is the reason that only in recent years, some movement has taken place to modernise the AAD. 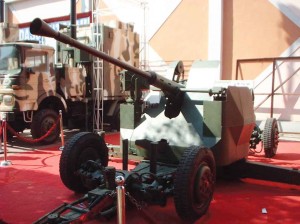 The AAD celebrated its 21st Raising Day on January 10, 2014. The study for bifurcation of AAD from the Regiment of Artillery was actually completed in 1985-1986 and approved by General Sundarji as the COAS. But then, a study group was appointed for its implementation that took its own time with the field artillery trying desperately to scuttle it. The initial study had been done by a Director-level officer who looked after air defence in Military Operations Directorate at Army Headquarters, but in the immediate aftermath of the bifurcation being approved, the this appointment of the Director (Colonel rank) was reduced to a GSO2 (Major rank) so that the study group for implementation could drag through the years. But it was an idea whose time had come and eventually AAD as the youngest arm of the Indian Army was carved out of the Regiment of Artillery on January 10, 1994.

The concept of air defence was actually initiated in India during the British days in 1939 when a decision was taken to raise AA (Ack Ack) units to counter the Japanese air threat. Since then, air defence gunners have participated in all wars and operations including in the liberation of Goa, the Sino-Indian War of 1962, Indo-Pak Wars of 1965 and 1971, plus Operation Pawan. They saw action defending important air fields in Punjab, Haryana and Jammu and Kashmir, fighting with the equipment they held. They have not only earned gallantry awards but also hold Battle Honours for Amritsar, Chhamb, Samba and Basantar. In addition, as part of the Indian Army, they have actively participated in nation-building as well as in disaster relief and rescue operations during the Gujarat earthquake, Mumbai floods, super cyclone in Orissa, tsunami in Tamil Nadu and unprecedented floods in Haryana.

Third dimension threats have magnified not only activation from space but also introduction of stealth technologies. China has already showcased her stealth fighter as well as drone. Armed drones can be expected to be attacking in force. To combat this, air defence systems will be subjected to cyber attacks and electronic warfare, not to mention Directed Energy Weapons as direct kills to wipe out air defence weapon systems. So, today the threat ranges from extremely complex aerial platforms to missiles/rockets and guided munitions. In advanced countries such as the US, air defence systems include long-range terminal high altitude area defence down to the short-rage counter rocket artillery and mortar systems – something that the Indian Army must have a road map for. 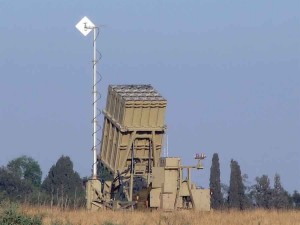 Iron Dome CRAM launcher near the town of Sderot

Then is the UAV revolution whose pace indicates they may complement manned systems in greater numbers in future operations. In this context, it is also significant to note that China is working on converting her outdated manned aerial platforms into drones that can be used for one-time pin-point attack missions. Such proliferation of unmanned attacking platforms posses a major challenge to the GBADWS especially because of their high altitude profile and very low radar cross section, with added danger of the stealth variety beating the radar altogether.

Presently, majority of the systems on the inventory of the AAD are either obsolete or nearing obsolescence. One example is the L/70 gun, a major component of AAD, which is still carrying on after more than four decades.

DRDO claims that the Akash, developed jointly by DRDO and BEL, has a 98 per cent hit probability…

However, as part of the modernisation process, some steps are being initiated for replacement of the existing gun systems in addition to upgradation of part of the gun inventory. In the past, some concerns have been aired about the relevance and efficacy of gun systems though AAD is of the view that gun systems will remain relevant for effective terminal air defence against the RAM threat and leakers. While modern air defence missiles can take care of attacking aerial platforms (both manned and unmanned), gun systems with high rate of fire are best suited for addressing threat from very low radar cross section targets such as rockets and shells. The latter is achieved by creating a ‘cloud’ of shrapnel in direction of the incoming threat to neutralise the warhead or shell. Foreign systems such as the Vulcan, Phalanx and Iron Dome operate on this principle. That is the reason most countries continue to have gun systems as the bedrock of their air defence.

Existing AAD equipment primarily includes guns and missiles. The anti-aircraft guns held currently are the 40mm L70, 23mm twin-barrelled guns, the 23mm quadruple guns mounted on the Schilka and Tunguska gun missile system mounted on tracks. The Tunguska system consists of 2S6 combat vehicle which uses the GM 352 M chassis, radar system IRL 144 (NATO Hot Shot) dual 2A38M 30mm cannons with two 9M 311-M1 missile with a range of 10 km. There are a variety of ‘Surface-to-Air Missiles’ (SAM) comprising SA-6, SA-7, SA-8, SA-9, SA-13 and SA-18. There are orders placed for two regiments of the indigenously produced Akash SAM. The system can target aircraft up to 30 km at an altitude of 18,000 metres. 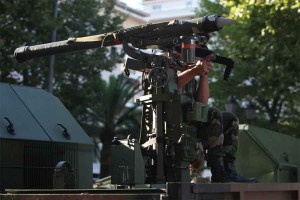 The saga of the indigenously developed Akash is a strange one. It was primarily developed for the Indian Army to replace the vintage Kvadrat system and was required to provide air defence cover to the fast paced manoeuvres of mechanised forces on the move. However, during the trials conducted, major flaws were noticed in its mobility in negotiating undulating ground but more importantly, it could neither acquire targets accurately nor fire on the move. Why this could not be achieved indigenously is strange when the technology existed within the country; not only did we have indigenously developed naval platforms that fire on the move in rolling seas, we also have tanks in service that fire on the move. It indicates utter lack of focus in indigenous development.

The end result was that the Akash entered service with the IAF to replace their vintage Russian Pechora missiles inducted in 1974. The IAF did not require mobility of the Akash, using the system to beef up the layered air defence of static vulnerable areas such as airfields. DRDO claims that the Akash, developed jointly by DRDO and BEL, has a 98 per cent hit probability. Now two regiments worth of Akash have been contracted for AAD. This is supposedly the ‘higher mobility’ version though it is still unclear whether these platforms will replace the Kvadrat systems fully or will partially be used in static role as well. The heart of the Akash is the ‘Rohini’ radar that can detect an aircraft 120 km away.