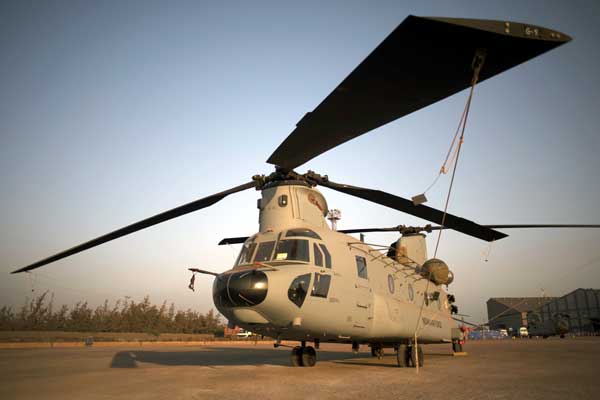 The last eight decades saw warfare being transformed from large battleships to small drones. The nineties decade and beyond saw the miniaturization of phones and computers. RMA is poised to take place whereby weapons systems will become smaller and smaller. Small and efficient and precise are the hallmarks of the 21st century weapon systems.

The Gulf war 1990 saw the advent of technological warfare. In the 1990s Russian military became specialized in fighting in urban terrain as Chechen wars rendered heavy weaponry such as tanks ineffective. The 9/11 attacks led to the miniaturization of warfare as special operations emerged as the frontline arm of the US military. Russia is building smaller and faster weapons like hypersonic missiles to destroy large weapon systems like aircraft carriers. Earlier nation states had exclusive access to drones but today they are operated by terrorists, militia groups and insurgents.Their weapons are getting smaller from aircrafts during 9/11 to AK 47s in 26/11 attacks.

Drones and missiles are flooding conflict zones making it harder for military vehicles to hide on the battlefield. Even tanks camouflaged by buildings and foliage are no match for drones. Drones equipped with sensors and thermal imagers can track and destroy moving or hidden tanks.US army tanks were vulnerable to RPGs attacks during urban operations in Mosul and Baghdad. Wars in Yemen, between Azerbaijan and Armenia, Syria and Afghanistan display the importance of small weapon systems like drones and missiles.

A Willys jeep versus Patton tanks

Historically small weapons systems have played a critical role in warfare. Abdul Hamid was a non commissioned officer in the Indian army during the 1965 India Pakistan war. Hamid single handedly destroyed eight Pakistan army Patton tanks with a 106 recoilless gun mounted on a Willys jeep. During combat one Pakistani tank caught sight of Hamid’s jeep. Hamid and the Pakistani tank commander fired at each other. Both of them were critically hit and lost their lives. Abdul Hamid was posthumously awarded India’s highest military award the Param Vir Chakra for his bravery.

Load it, fire it and forget it

PGMs like Tomahawk missiles are launched from international waters by warships and submarines thus keeping naval assets safe from adversary strikes.Surface to air missiles (SAMs) such as SA2 and SA 6 established A2/AD (Anti-Access/Area Denial)  zones as displayed during the Vietnam and Arab Israel wars.The Russian military strategy is focused on SAMs, BMD and ASCMs and not large weapon systems like aircraft carriers.

The Arab Israel war saw the first use of PGMs in combat. The Israelis, Egyptians, and Syrians lost weapon systems far beyond the expected rate. Egypt’s portable Malyutka (AT-3 Sagger) ATGMs destroyed over 100 Israeli Patton tanks on the first day.Two days later Egyptian signals intelligence intercepted plans for a counterattack by the 162nd Armored Division. General Hassan Abu Sa’ada ambushed the Division leading to a loss of 75 tanks in a matter of hours.

A counter attack was launched by the Israeli Air Force (IAF). But then Egypt activated the second part of the plan. Egypt had fortified the Suez canal area with the lethal SA-125 and SA-6 SAM systems. In the battle the IAF lost 34 Skyhawks in the first four days to the SAMs. An IAF counter attack to destroy the SAMs led to a loss of six F 4G fighter aircrafts. In the first three days of war the IAF lost nearly fifty planes mostly to the SA-6. The SA-6 was so effective that by the third day of the war the IAF ordered aircraft to stay away from the Suez Canal unless absolutely necessary. In many cases the SA-6 prevented the IAF from providing support to ground troops. The SA-6 continued to be a threat until Egyptian air defenses were destroyed by a combination of IAF air strikes and electronic counter measures.

During the 1990 gulf war missiles destroyed the 4th largest Iraqi Army equipped with large weapon systems in a matter of days. AH 64 Apache helicopters destroyed Iraqi tanks with Hell Fire missiles but in 2003 the US military in Iraq used Hell Fire missiles installed on drones for HVT assassinations.

Cold war era weapons like the AK 47s and RPGs are engaging 21st century weapon systems like M1 Abram tanks and Chinook helicopters. After 18 years in Afghanistan the Taliban equipped with RPGs is still fighting the US military. In Afghanistan a RPG bought down a JSOC Chinook helicopter which included 15 operatives of the US navy seals team 6.An RPG launcher costs $ 900 while the CH 47 Chinook costs $ 32 million.

Modern SAMs are superior to their Cold War era predecessors as they are equipped with advanced rocket technology, GPS guidance and terminal endgame maneuverability. Due to their plasma cloud cover radars cannot detect hypersonic missiles. US is developing the GM-183A hypersonic missile which can travel at a speed of Mach 20.

SAM systems are highly mobile and are engineered for hide, shoot and scoot operations. As compared to missiles the operational costs of fighter aircrafts are very high. A large region can be continuously defended with SAMs while air superiority fighters have to land for refueling. Missiles are difficult to detect, can be dispersed and networked across the terrain and can be manufactured in large numbers at a low cost. It is difficult to detect a missile unit camouflaged in thick foliage as compared to aircrafts which operate from fixed and vulnerable air bases.

A battalion of MLRS consisting of indirect fire weapon systems like the Russian 9K58 Smerch or the Uragan-1M can decimate an armored regimente quipped with numerous military vehicles and tanks. It is difficult to protect an armored regiment from a MLRS swarm strike.

Drones are significantly faster to deploy,can be produced in large quantities and are cheaper to maintain. They loiterat higher altitudes observinga target for hours and weeks in remote areas. The stealth characteristics of drones are improved due to the lack of a cockpit which constrains aircraft cross-section and shape. They can’t be spotted by ground troops until they are on the target. Pilots cannot be taken as POWs as drones are remotely operated. It is an inexpensive and safer option than deploying a multi million dollar fighter aircraft.

The US navy is inducting drones for intelligence preparation of the environment. Small underwater drones can operate unhindered in China’s A2/AD zones. The US Navy Slocum Glider underwater vehicle can operate for weeks and can surface to report and receive further instructions. Such drones are being used globally and cost about $100,000.

The drone has become the latest addition to anti tank weapons. The main threat to a tank is not from another tank but from drones. Armored operations will become costlier as tanks will have to be accompanied by electronic warfare units to jam aerial platforms and be equipped with short-range air defense units capable of bringing down drones.

Drones operate in a Brownian motion and do not have a specified trajectory like missiles.Modern militaries lack counter measures against an interconnected drone swarm attack. In the future militaries can deploy miniature drones weighing 0.50 lbs which can enter rooms and assassinate terrorists thus replacing large special operations tasks. Drones should be a matter of concern for modern war planners.

Throughout military history advances in technology has made large weapon systems obsolete. The efficacy of drones, SAMs, MLRS and ATGMs to destroy large weapon systems has been widely displayed in the post WWII era. Modern wars are raising questions about the relevance of military doctrines.

The 5th generation warfare will see the advent of small weapons systems. Small weapons due to their precision save lives, infrastructure, cities and economies. With constrained budgets around the world they can be inducted in larger quantities. The combination of drones, missiles and electronic warfare is changing warfare. They disable the adversary even before the start of the war. The future of warfare is small.