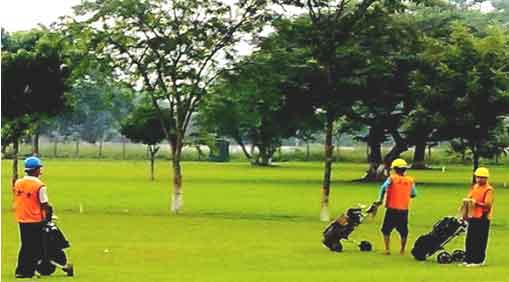 Search for recognition is one of the pursuits which all human beings indulge in and continuously strive for. For professionals, promotions and advancement in career are important aspects of their aspirations. In the services, rank achieved is a conspicuous and well-recognised measure of a soldier’s professional competence and an indicator of his progression. As rank fixes one’s place in the services hierarchy, senior officers have every reason to be proud of their achievement. They are justified in deriving a sense of justification from the heavy brass they carry on their shoulders. In a steep pyramid-like organisation, promotions do not come easily.

Senior commanders and their wives remain surrounded by their staff officers and cronies. They make no effort to walk up to the juniors to exchange pleasantries. At times one gets an impression that the senior brass considers it below their dignity to mix with subordinate officers.

However, it is equally important that they carry their rank with due dignity and composure. They should neither carry them to ridiculous limits nor flaunt them in an unbecoming manner. Increasing arrogance of seniority is clearly discernible in stratification of social events and indiscriminate flaunting of flags and stars, as discussed below.

Unfortunately, social functions have become highly stratified events. There is no interaction between the seniors and the juniors. Separate areas are earmarked for them. Exclusive seating for VIPs has become a standard practice. Senior commanders and their wives remain surrounded by their staff officers and cronies. They make no effort to walk up to the juniors to exchange pleasantries. At times one gets an impression that the senior brass considers it below their dignity to mix with subordinate officers.

There are three reasons for this obsession for exclusivity. One, senior officers get special treatment in terms of quality of liquor and food. Two, they get hospitality free whereas they should be paying for their drinks and food like the other officers. Finally, the current top brass is so self-seeking that it has no concern for others’ sensitivities and social niceties.

Earlier, all guests were treated at par and served the same food and drinks, irrespective of their rank. The only privilege that a senior officer enjoyed was that he was served his drink by the waiter and did not have to walk up to the bar like others. Today, not only the type of whisky but also the goblet – crystal for seniors and Borosil for others – are rank based.

Today, not only the type of whisky but also the goblet – crystal for seniors and Borosil for others – are rank based.

A few months ago, an Air Force Station had organised a social evening after an event and invited a large number of officers from the services. Prior to the serving of dinner, an announcement was made requesting all officers of one-star rank and their wives to have dinner in the hall while the others were asked to move to the tents on the side. It was such an insulting move that many officers and their wives walked out without dinner. One fails to understand how such petty mindedness has crept in the services’ culture. If a Brigadier or a General has dinner along with others, will it lower his dignity?

At a post-tournament dinner at an officers’ institute, the Army Commander, after showing his face for a few minutes, withdrew to an exclusive chamber along with his ‘Nav Ratnas’ (Major Generals) to enjoy the evening and exclusive hospitality. Others were left outside to interact with each other – a reminder of the grand old Mughal tradition of ‘Diwane Khaas’ and ‘Diwane Aam’. 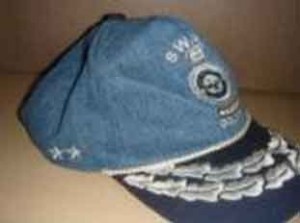 Golf Cap with Stars Indicating Rank of the Player

Protocol golf is another innovative measure that displays haughtiness of seniority. In case senior commanders want to play golf after a conference, the golf course is declared off limits for others. It is a disgraceful sight to see 4 to 5 commanders playing golf on an 18-hole golf course with staff officers who are detailed to accompany them. It shows arrogance of the poorest order. Do the senior commanders find it demeaning if Colonels and Majors are also playing at the same time? Arrogance of rank cannot be carried to such limits.

It must never be forgotten that badges of ranks worn by the soldiers represent national symbols – the Ashoka Lion and the five-pointed Indian Star. The nation has bestowed its greatest honour on its soldiers. Every officer understandably takes pride in his rank by displaying the stars and flying the flag that he is entitled to. However, it must be done with due decorum and as per the laid down norms. Their sanctity should never be demeaned. Of late, a tendency has been discernible amongst the senior officers to flaunt their stars and flags in most unbecoming manner.

…a garden umbrella at a divisional tennis court had two stars prominently displayed on it to indicate that it was exclusively reserved for the Divisional Commander and his wife.

Although display of star plates and flags on private cars is forbidden, many officers feel insecure without their use and openly flout the orders. There are many commanders who insist that the mules that they ride in mountainous terrain must be duly embellished with stars and flags – a ridiculous sight indeed.  Similarly, it was a shocking sight to see a Chief flying his flag and displaying four stars on his golf cart in New Delhi.

Recently, a photograph was circulated on the internet that showed golf caddies wearing jackets with stars prominently displayed on their backs to indicate ranks of the players they were assisting. Can there be a more ludicrous demonstration of disgraceful obsession with ranks?

Another absurd practice that has gained currency in the recent past is to present golf caps and tee-shirts to all participants with their ranks duly indicated through embossed/embroidered stars. It is a comical sight to see officers playing golf with their ranks duly advertised. It appears that senior officers are unable to swing their clubs unless adequately supported by the trappings of their ranks.

In another case, a garden umbrella at a divisional tennis court had two stars prominently displayed on it to indicate that it was exclusively reserved for the Divisional Commander and his wife. As human ingenuity has no limits, there are numerous such examples wherein display of rank has been carried to preposterous extent.

Senior commanders would do well to remember that humility is the hall mark of a good leader and a meta-virtue. A self-effacing demeanour indicates maturity and not meekness or timidity.

Many senior officers complain that they never demand such displays and that some over-enthusiastic juniors take initiative of their own accord. This explanation holds no water at all. Unless the junior officers are convinced that their initiative would fetch them a pat, they would never take the risk. Additionally, senior commanders can always order stoppage of such practices if they so desire. The fact is that they relish such treatment as it boosts their ego, gives them a ‘kick’ and makes them feel special.

Informal interaction between officers of different ranks should always be governed by the dictum that ‘a good senior does not flaunt his seniority all the time while a good junior does not forget his juniority at any time’. That should be the basis of healthy social equilibrium.

It must never be forgotten that the officers who fail to make to higher ranks are not incompetent. It is just that the steep pyramid-like structure provides limited promotional avenues. Many brilliant officers suffer due to the shortage of vacancies and retire as Colonels. Supersession impacts their psyche and they show signs of social withdrawal. Instead of reassuring them, social discrimination adds to their discomfort through shameless display of inequities. Worse, ‘social apartheid’ is widening the gulf between the top brass and the others.

Senior commanders would do well to remember that humility is the hall mark of a good leader and a meta-virtue. A self-effacing demeanour indicates maturity and not meekness or timidity. Humility is all about maintaining one’s pride about one’s worth and achievements, but without arrogance. It is an old saying that ‘those who achieve the most flaunt the least’.

224 thoughts on “Military: Arrogance of Seniority”