Home  >  News  > Military & Aerospace  >  Military Applications of 3D Printing – where are we?

Military Applications of 3D Printing – where are we? 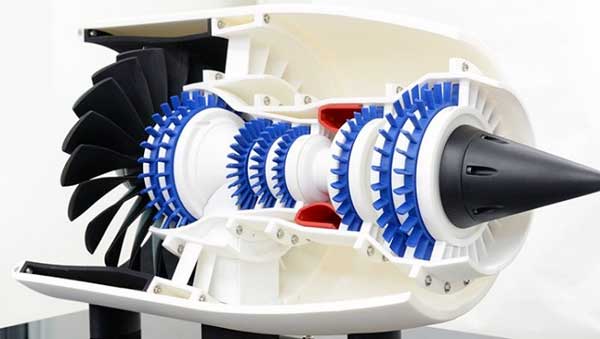 In 2014, the 3D printers market in India was at nascent stage with just 250-500 combined workforce of engineers, sales representatives, graphic designers etc. However, by 2019 these numbers are expected to swell to around 40000-50000 given higher growth of 3D Printing industry resulting in higher job opportunities in electronic, manufacturing and retail sectors.

In India, cost of 3D printers ranges between Rs 75,000 to Rs 1.5 lac, marketed mainly by in Bangalore and Chandigarh based companies. Market application of 3D printers in India include fields of architecture and industrial construction, manufacturing production tools and parts, dental technology, jewelry business etc.

According to recent studies, by 2023 the global market of 3D printers and services is estimated to be valued at $32.78, at a Compound Annual Growth Rate (CAGR) of 25.76% between 2017 and 2023. China’s 3D printing industry is expected to reach $7.68 billion in output value, or one-third of the global market by 2020, according to a forecast by the China Industry Information Institute.

During the past decade, 3D printers have become 100 times faster, but correspondingly price of the cheapest 3D printer came down from $18,000 to $400 in the same period. Globally, multiple applications of 3D printing in civil sector have been ongoing ranging from major shoe companies ‘printing’ shoes, China building a six storey 3D printed office building, and research for introducing 3D scanning in mobile phones.

In 2014 the US Navy installed 3D printing technology on ships to create spare parts for both the ships and for weapons carried onboard.

3D maps are in use by militaries all over the world but focus of this article is on the military applications of 3D printing, of which adequate thought may be lacking in India perhaps other than ISRO post a 3D rocket successfully launched into space on May 25, 2017 by New Zealand, that poses future competition to India and China in terms of low cost launch services.

Enormous amount of money is being invested in 3D printing technology, also termed Additive Manufacturing (AM). It is axiomatic that such investments keep in focus the military and strategic applications of such technology. 3D printing of pistols and guns by private players has been ongoing since 2013 but in 2014 the US Navy installed 3D printing technology on ships to create spare parts for both the ships and for weapons carried onboard. Similarly, the US Air Force and the Marine Corps have created policies to explore 3D printing for their own uses.

The US Army successfully 3D printed and fired both a grenade launcher and a grenade in May 2017. The US military is investing in 3D technology because it can speed up the supply chain and reduce costs since some supplies can be ‘invented’ in the field with cheaper raw materials. Obviously, all components, especially the complex ones and those IP protected, cannot be 3D printed, however, bulk can, that helps reduce budgets. This also improves battle efficiency since defective parts can be replaced on the spot in quick time.

The US military experience with 3D printing indicates following key benefits: one, it can simplify logistics, because military units can transport just the technology and raw materials, rather than every conceivable spare part or weapon, and; two, soldiers trained as technicians in 3D printing have been able to produce customized parts for unique situations or individuals.

Given the flexibility of 3D printing, Airbus plans to capitalize on Thor…

At the International Aerospace Exhibition and Air Show held in Berlin during June 2016, Airbus, the European aerospace giant, showcased its 3D printed drone named ‘THOR’; acronym for ‘Test of High-tech Objectives in Reality’. Developed over a course of about a month, it is 13 feet long and weighs 55 pounds. Thor was test flown in November 2015, and Airbus had planned 18 more test missions during 2016. Given the flexibility of 3D printing, Airbus plans to capitalize on Thor even if it is not useful as an independent product; laying the groundwork for future 3D products and their applications.

In July 2016, the US announced a $10 million research project for refining the efficiency of Air Force aircraft parts replacement. The goal of the program is to improve the efficiency of Air Force Air Logistics Complexes to rapidly replace parts for legacy and other military aircraft by developing, demonstrating and guiding the transition to the use of additive manufacturing and other types of related advanced manufacturing technologies.

In October 2017, US Marines in conjunction their German counterparts tested 3D printed explosive parts (containers that hold the explosives), not explosives in Spain. The Marines are working on several designs for the 3D printed containers that could potentially be used in the field as real explosives – even something that does not exist; creating small-sized 3D printable containers that will be turned into battlefield explosives once soldiers pack them with charges and explosive materials. In addition, Aerospace and military contractors in the US have been working on 3D printing missiles for over a decade.

If packaging of military equipment can also be recycled into 3D printing materials then new things can be made in an efficient manner. That’s why militaries around the world are looking at recycling ammunition casings…

Raytheon and others defence manufacturers want to make a complete 3D printed missiles – with all the components made through 3D printing; Raytheon has already created nearly every component of a guided weapon using 3D printing, including rocket engines, fins, parts for the guidance and control systems etc. Lighter missiles would be easier to be 3D printed. At the same time, the Trident SLBM missile program armed with thermonuclear warhead is also examining adapting 3D printing technology.

Since the advent of warfighting, military organizations and individual soldiers have had to resort to improvising and finding their own solutions for problems in the field. The Indian Military too has had its share of ‘jugaad’ in conflict, one example being the improvisation of the laser-guided bombs by the IAF during the Kargil Conflict, that was used with good effect. The Army too had to speedily cannibalize its kitty of 400 Bofors guns in order to make 100 Bofors guns operational. But improvisation in field can range from bringing forward or making in situ equipment operational, and / or experiment with whatever can be found.

3D printing technology can prove a major boon in field, where a small part going dysfunctional can render a weapon or weapon system useless. Modern militaries are addressing this problem through fabrication laboratories (fablabs) in the field, equipped with 3D printers, industrial machines and tools like laser cutters, lathes, casting equipment etc. The US Army’s Rapid Equipping Force Fablabs project in Afghanistan was an example, in which mobile fablab were placed in a theatre. The idea was to quickly assist troops with 3D printing items that they needed. In addition to being more effective and developing equipment that has not been made yet, fablabs also bring efficiency.

If packaging of military equipment can also be recycled into 3D printing materials then new things can be made in an efficient manner. That’s why militaries around the world are looking at recycling ammunition casings, food packaging and other items into 3D printed products using filament recyclers and other equipment. The US Navy is looking at fablabs on board vessels because if spare parts can be 3D printed then ships can stay at sea longer and be effective for longer periods.

We need to define what 3D printing capacity we need to develop for military applications, including cost-benefit analysis by its adaptation in the Military.

From the above it can be deduced that 3D printing technology / additive manufacturing has immense potential for military applications. 3D printed weapons like pistols, guns, bombs, rocket launchers, rockets, drones are already reality, with missiles under development. The technology can be used for surveillance, training, maintenance of weapons and weapon platforms in field including replacing parts / making new parts and new equipment like 3D printed wearable antennae, improving logistics and battle-readiness, reducing costs.

Pentagon is experimenting with attacking mini-drones – same as being done by China. The European Defence Agency too is launching a project to test the feasibility of additive manufacturing (AM) in the defense field in Europe. The government, the MoD, our military and the industry (both governmental and private) need to focus on these issues seriously. A project study in a time bound schedule would be in order. We need to define what 3D printing capacity we need to develop for military applications, including cost-benefit analysis by its adaptation in the Military.

Concurrently, a road map would need to be evolved taking into account the existing adaptive manufacturing capability in the country and how it should be enhanced. In doing so, and considering the limited capabilities India has in this field, it would be prudent to leverage our strategic partnerships including the Indo-US Defence Technology and Trade Initiative (DTTI). The fact that additive manufacturing reduces costs and improves battle-readiness should stimulate the policy makers to get going.

3 thoughts on “Military Applications of 3D Printing – where are we?”