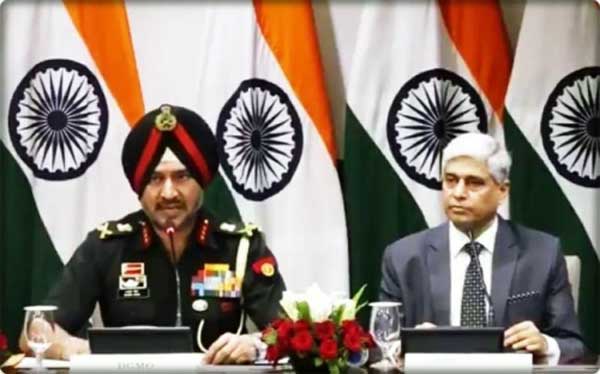 Is there malaise that ails the Indian media today? Yes, and the disease is in both print and visual media, which have undergone a transformation for the worse! Is it the downgrading of the political stance of our leaders; or is it the increased commercialisation of the society? In recent years, there has been a rising tide of concern about the troubled relationship between journalists, politicians, and the public. The core question revolves around who does, and who should, influence press coverage of public policy debates, and electoral campaigns. The answer has assumed more importance than ever, not just in India but even in countries as USA, which has recently witnessed a vitriolic presidential election, both in the print and visual media platforms. Obviously, the media has come a very long way since the days gone by.

The impact of the media explosion on India’s public debates has been instant and far-reaching, leading many to ask, is it for the good or ill.

The media has never had such a vast audience or readership. There has been a proliferation of TV channels, catering for all types of national, local, vernacular audiences. Similarly, there has been an equally massive footprint of newspaper titles, once again catering for readers spread far-and-wide within the country. The quality of the content has marginally improved, no doubt, but the public has also witnessed a plummeting of the ethical standards that were so visible many years ago, before the era of commercialisation. The impact of the media explosion on India’s public debates has been instant and far-reaching, leading many to ask, is it for the good or ill.

A study of the success and shortfalls has to be accompanied with a comparison of the two channels of news reporting. The newspapers are conscious of the fact they are competing with the many TV (read idiot box!) channels, which are so many that they have to compete, not just with the print media, but also between themselves 24/7 for the same set of eyeballs. The TV channels have long since dropped the pretension of providing a public service, with “breaking news” sensationalising any and every item without any verification of substance. The perennial war of ratings of the TV channels has led the newspapers to try to outdo their visual media competitors in order to gain readership. Consequently, newspapers and TV channels report news in a manner that instigates outrage rather than increase awareness and initiate a debate!

There has been a general decline in the number of newspapers in many nations, which, however, is widely debated; the probable causes are the dropping newsprint prices, slumping advertisement sales, the loss of much classified advertising, precipitous drops in readership, and the advent of internet news. In recent years the number of newspapers slated for closure, bankruptcy, or severe cutbacks has risen, especially in the United States, where the industry has shed a fifth of its journalists since 2001. Revenue has plunged while competition from Internet media has squeezed older print publishers. The discussions have become more urgent lately, as a deepening recession has cut profits. This trend is visible more in the United States, and the English-speaking markets, though there is a large rise in sales for countries like China, Japan, and India.

Newspapers and TV channels report news in a manner that instigates outrage rather than increase awareness and initiate a debate!

What are the factors that have allowed the Indian print media to grow, while, in comparison, newspapers are declining in the Western nations? The first is literacy. Back in 1981, shortly after India’s magazine market got a new life, only 40 percent of Indians could read and write. Today, the population is 50 percent larger and 75 percent of it is literate. This has led to tripling the number of people who can read a newspaper! Initially, not every literate person had the money to buy a newspaper. The newspaper circulation has gone up due to the average incomes having more than doubled since the early 1990s, leading to a greater than before buying power (notwithstanding the demonetisation!). There is still some time for the effective control of the population growth, and with the rising incomes, the next couple of decades could see a further escalation in the circulation of Indian newspapers. There are other factors too.

Robin Jeffrey, an Australian academic, points to the importance of printing machines manufactured in India at a fraction of the cost of high-end machines from Germany, Switzerland, or USA. Initially, the machines may not have been as good or as fast as those that had been imported, but the lower price tag made smaller presses viable, and that allowed publications to open new print sites in the smaller towns, thus achieving deeper market penetration, and bringing the news closer to home instead of from a distant metropolis.

Such localisation of reach and content has helped the press fight back against the blitzkrieg of television channels. Publishers have also adopted aggressive pricing strategies to increase circulation, and hence, the income from advertisements. In a buoyant economy, which has resisted the effects of the global recession for some time now, the strategy of low-price, low-cost has worked well.

The story of the main English news channels on TV is, however, not so similar, with almost all logging losses of about 15-20 per cent. TV news, at one time, was seen as a lucrative business and attracted the attention of the power elite but, as cold reality has dawned, they get only about one per cent of the total viewership.

The distinction between facts, opinions, and speculation, which are the basics of any journalism course and taught all over the world, has blurred into irrelevance.

Role of the Media

The role of the media, also known as the ‘Fourth Pillar of Democracy’, is mainly to rouse the social conscience of the public about the apparent miscarriages of justice and governance. On some occasions, the media has done a remarkable job, but there have been many occasions where the media has been found wanting. Television news in India, with far too many channels – Wikipedia lists the channels as per language and at last count there were more than a hundred – competes for viewership 24/7, and with the ‘Breaking News’ sensation, sets the pace for the print media. With the perennial ratings and circulation war between themselves, the result has been disturbing.

The distinction between facts, opinions, and speculation, which are the basics of any journalism course and taught all over the world, has blurred into irrelevance. There is a ‘couldn’t care less’ attitude towards facts and corrections if issued in the newspaper, are with reluctance and published somewhere in an obscure corner on the inner pages; corrections are never heard on any TV channel. There seems to be a genuine disinclination to research a story and a disregard to verify it thereafter.

A free media is the mortar that binds the bricks of freedom in a democracy. Thomas Jefferson has said that given a choice between government without newspapers (there was no visual media in his time) and newspapers without government that he would opt for the latter. A government needs the media to keep a check on its policies as a mirror and a scalpel; instead, if a nation has a blunt-axe media, then the society is not well served and the media would not be playing its role efficiently. In India, this should be a matter of concern for right-minded citizens, if the information provided to them were impulsive, for then the opinion would also be ill considered.

A Code of Conduct for the media does exist; there is also a regulatory body that exists; but, is it effective enough to enforce it?

The debate on whether the media needs to be regulated is an ongoing one. In the opinion of this writer, the answer is both in the affirmative and in the negative. Dr Manmohan Singh, the former PM of India, has been quoted in the India Today of 10 Oct 2005, “Newspapers can’t be mere platforms of entertainment and gossip. They can’t be purveyors of justice. They must serve a larger purpose.”  Mr Narendra Modi, the current PM of the nation, while speaking on the occasion of the Golden Jubilee of the Press Council of India on 16 Nov 2016, has said, “…there should be no government interference in the functioning of the media….freedom of expression needs to be followed, but there must be limits.”

A Code of Conduct for the media does exist; there is also a regulatory body that exists; but, is it effective enough to enforce it? What one media organization may find as saleable news may not be very palatable to another. This is not in the least a suggestion for regulating the news contents, for self-accountability gives media the necessary freedom of expression and a certain degree of independence. It, however, should be careful to write/talk about issues that are sensitive to national security. The PM too has expressed a similar opinion referring to the telecast of the angry reactions of the families of the passengers onboard the Indian Airlines flight IC-814, during the Kandahar hijacking in 1999. The round-the-clock reportage emboldened the terrorists to think that they could get any concession from the Indian Government with such pressure.