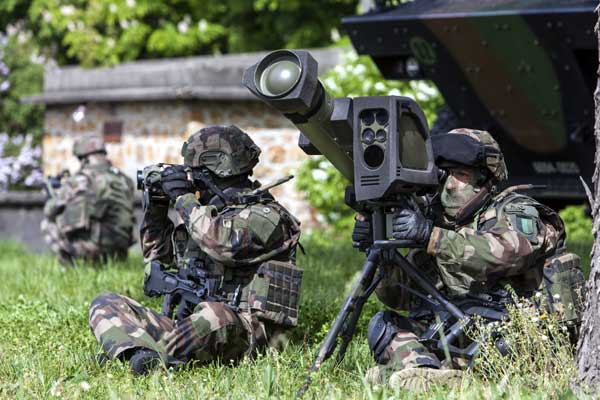 MBDA’s stand at DEFEXPO 2016 will focus on a number of messages covering both the product as well as the industrial advantages that MBDA is offering to India. India’s defence forces need the very best and most advanced equipment to meet the many operational challenges facing the country. MBDA’s extensive product portfolio covering all three operational domains – air, sea and land is available to fulfil this need. Similarly, MBDA is striving to advance the government’s widely publicised Make in India policy. MBDA has the know-how, the experience of international cooperation and the latest guided missile and guided missile system technology which it is well prepared and eager to share with India.

Make in India can benefit and make major leaps forward in progress by having access to the levels of advanced technology that MBDA has developed over many decades of advanced research and development.

With discussions well advanced with the Indian Navy for a short-range surface to air weapon to fill a recognized capability gap, a full scale model of the SR-SAM missile will take pride of place on the company’s stand. This programme sees MBDA supporting the DRDO and represents the cornerstone of MBDA’s long term partnership and cooperation strategy in India. Also on display is a weapon that truly warrants the sobriquet “Fifth Generation”. This weapon, MMP, is being developed as a highly advanced successor to the successful MILAN with a range of important features placing it well beyond the capabilities of the competition. It is also a weapon that MBDA is proposing as the basis of a major future cooperation in line with the Make in India strategy. Given the advanced state of play regarding the contract for the Rafale aircraft that has been chosen for the IAF, MBDA’s stand will be showcasing the full weapon suite associated with this world-leading combat aircraft.

ToT that really makes the difference

Make in India can benefit and make major leaps forward in progress by having access to the levels of advanced technology that MBDA has developed over many decades of advanced research and development. Many people in the industry are making such a claim for India but often this technology is way below the necessary level to make a real difference to India’s indigenous capability. MBDA on the other hand is prepared to go the whole distance and to offer technology at an advanced level. Moreover, it has the full backing of its domestic governments to do so.

MISTRAL has proven itself a major success story with a 96% success rate in all firings. This highly versatile IR missile, the missile deployed from the MBDA ATAM launcher already integrated on HAL’s ALH Rudra, can be deployed from a number of land and ship based launch systems. With a competition currently underway to meet India’s VSHORAD requirement, at DEFEXPO 2016 MBDA will be displaying the MISTRAL MANPADS system. Easy to use, quick to set up, deploy, fire and reload, MISTRAL MANPADS was designed from the outset to be a highly portable tripod mounted system. Easily managed by one operator for the tripod and another for the missiles, the system has a distinct advantage over beam-riding systems in that its heat sensitive seeker allows the missile to be fully autonomous, a vital capability in dealing with close in, manoeuvring threats. The system, which has already carried out several successful fire evaluation trials for India, can also be mounted on vehicles.

MBDA can provide the latest generation of weapons to not only ensure air supremacy but also to carry out precision strikes against a wide variety of static and fast moving surface targets.

SR-SAM is a DRDO project which MBDA is proud to be supporting as it reinforces the partnership model which the company is advancing within the country. Much has been written about this project which stresses MBDA’s commitment to India’s Make in India policy. Offering the highest levels of technology transfer and a major boost to the Indian defence industry sector, SR-SAM is an ideal solution for the short range air defence needs of India’s Navy. Discussions are well advanced and as soon as a green light is given, this latest technology is ready to be developed by India in collaboration with MBDA.

Equipping the IAF with the best in military technology

Today’s combat pilot is often called on to carry out multiple roles. MBDA can provide the latest generation of weapons to not only ensure air supremacy but also to carry out precision strikes against a wide variety of static and fast moving surface targets. With the Indian Air Force enhancing and modernising the operational capabilities of its fleet of Jaguar and Mirage 2000 aircraft while planning for the arrival of the Rafale, DEFEXPO 2016 offers MBDA the ideal opportunity to showcase its extensive range of air-to-air and air-to-ground guided weapon systems.

MICA is being delivered for the IAF’s Mirage 2000 upgrade. It is also a weapon system closely associated with the Rafale. Showcased on MBDA’s stand, this is the only missile in the world featuring two interoperable seekers (active radar and imaging infrared) to cover the spectrum from close-in dogfight to long beyond visual range. Its ability to fly out to BVR in passive mode before the seeker locks on in the final stages of the end game has earned it the sobriquet “silent killer” as the target has little time to react or to deploy effective countermeasures.

As the Jaguar is a low-flying aircraft, threats will most likely come from more agile fighters with altitude superiority, ASRAAM offers a major advantage here…

ASRAAM has been selected for the IAF’s Jaguar bomber fleet which is undergoing upgrades to extend the aircraft’s life. This short range air-to-air missile’s speed not only provides safe separation from the Jaguar’s above-wing pylons, it also guarantees “first shot first kill” to avoid getting involved in a dogfight. As the Jaguar is a low-flying aircraft, threats will most likely come from more agile fighters with altitude superiority, ASRAAM offers a major advantage here in its unmatched “snap-up” capability, its ability to rapidly divert upwards once fired.

METEOR is a six-European nation programme that will provide the key future BVR air-to-air armament for Europe’s new generation of combat platforms including of course the Rafale. This missile’s very long range combined with its ramjet-induced speed, result in a weapon that has an unequalled No Escape Zone. In fact METEOR has been designed to be many times superior to the most sophisticated current and emerging Medium Range Air to Air Missile (MRAAMs) threat. Its advantages provide an added dissuasive power to an air force in so far as any enemy will need to think seriously before venturing into potentially lethal air space as with METEOR, there can only ever be one winner! The advanced technology contained within the missile controls speed and fuel consumption throughout the flight envelope. This ensures that maximum power and hence agility are maintained at the extremes of range where other MRAAMs have long since ceased being effective. As well as showing off MBDA’s mastery of the most advanced technologies, METEOR is vivid proof of the company’s skill in managing international cooperative programmes. 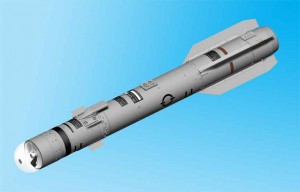 BRIMSTONE goes from strength to strength with trials and combat deployment clearly demonstrating the unmatched capabilities of this weapon in meeting the operational challenges of today. Trials have included firing at targets moving at speeds of up to 70 mph from a variety of launch conditions, including long range and high off-boresight.

Test scenarios have also simulated a cluttered road environment, as typically encountered during recent conflicts. Every shot achieved a direct hit on the target. BRIMSTONE has won international acclaim following its successful combat deployment during recent operations in Libya and Afghanistan and more recently Syria.

Precision surface strikes are a major feature of today’s air force mission and BRIMSTONE with its dual millimetric wave radar and semi-active laser (SAL) seeker gives the pilot a great deal of flexibility. A salvo of BRIMSTONES can be launched in fire-and-forget mode or, should man-in-the loop be required because of complex operational conditions, the SAL mode can be selected. Significantly, as MARITIME BRIMSTONE, the missile has proven its capabilities as a surface-to-surface weapon. Whether air or surface launched, BRIMSTONE is the only weapon currently available that can engage not only fast moving land targets but also swarming FIACs (Fast Inshore Attack Craft) a fast emerging and worrying threat in coastal waters.

Deep strike is a major requirement for a modern air force. The ability to deliver a precision strike against high value targets such as well protected control bunkers/centres, key infrastructures and military installations from a safe stand-off distance is crucial in the early days of a conflict as was shown in Iraq and Libya. At DEFEXPO 2016, MBDA is displaying, SCALP/STORM SHADOW, which is in operational service on the French Air Force’s Rafale aircraft (as well as with other European air forces) and which has proved its unerring and unmatched ability to combine very long range with devastating target effect during combat operations carried out by the air forces of the UK, France and Italy.