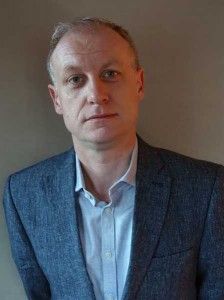 Aged 46, Jérôme Dufour started his career with Giat Industries in 1993 where he had several roles of an operational nature until, in 2004, he became responsible for the Communications and Public Affairs Directorate of the business which duly became Nexter in 2006. Following this, in 2010, he joined Thales as its Group Director of Communications.

On the occasion of Yves Barillé’s  departure, Antoine Bouvier said: “I would like to take this opportunity of warmly thanking Yves for his personal contribution in the construction of the European group MBDA while carrying out the function of Director of Internal Communications as of 2002 and subsequently that of Group Communications Director. During this latter phase, he was instrumental in reinforcing the image of MBDA both within our domestic and export countries.  I wish him every success in his new role at Airbus Helicopters.

I am delighted to welcome the arrival of Jérôme Dufour . Thanks to his widely recognised experience as a communications professional as well as his extensive experience in the defence sector with which he has been familiar for many years, Jérôme will allow us to further reinforce the image of the MBDA group, especially as a partner of our domestic countries’ armed forces and as a trusted supplier to our export countries”.