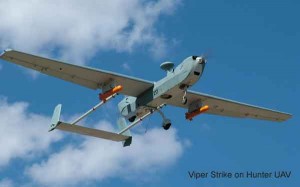 The Viper Strike purchase is MBDA Inc.’s first acquisition in the U.S. and is part of the company’s growth strategy. That strategy is based on a combination of acquisitions, organic growth, and partnerships with other U.S. prime contractors.  The move will help position MBDA as a leading precision munitions firm in the U.S. and gives the company a stronger capability in the growing market to create and produce new weapons for unmanned aerial systems (UASs).

The Viper Strike Business Unit facilities, located in the City of Huntsville and on the US Army’s Redstone Arsenal, will allow MBDA to design, build, and assemble complete precision-guided weapons in one location, as well as bring in new business to the MBDA Huntsville facilities.

Senator Richard Shelby of Alabama said, “I am pleased that MBDA will be joining the robust and growing Huntsville defense community. Viper Strike weapons have been a key asset for our troops in Iraq and Afghanistan and I am proud that they will continue to be produced in Alabama. MBDA’s plan to grow the business going forward represents a strong vote of confidence in the Alabama workforce and is great news for the local economy.”

Jerry Agee, CEO of MBDA Inc. said, “Acquiring the combat proven Viper Strike weapon system and facility allows us to take an important step in our strategy to research, design and produce the world’s finest weapons that meet the current and future needs of U.S. armed forces.  The Viper Strike line is a perfect addition to our portfolio and allows us entrée into the fast growing armed UAS business segment.”