Masood Azhar’s Blacklisting and its Implications 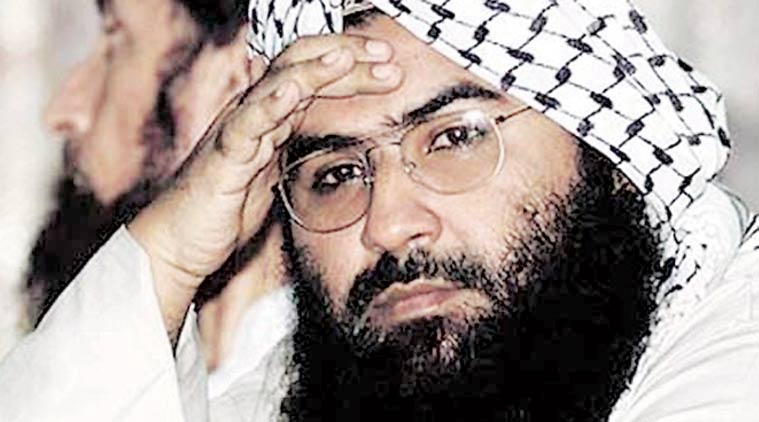 Notwithstanding China’s international isolation on the issue of its technical hold on successive occasions to have the notorious Massod Azhar included in the UNSC 1267 Committee’s Sanctions List, because of its impelling compulsions of not forsaking its all weather friend Pakistan –it continued to hum Tagore’s ekla chalo re.

May 1, 2019 was a watershed in the matter when the UNSC 1267 Sanctions Committee comprehensively blacklisted Masood Azhar the Jaish-e-Mohammed (JeM) Chief, because he was indicted “ for being associated with Al-Qaeda-for participating, preparing, or, perpetrating of acts, or, activities such as supplying selling or transferring of arms and related materials to JeM recruits. The induction of recruits many of whom were jihadis was by itself a threat to the international community.

However, there was no mention of Pulwama in J&K, which witnessed a deadly massacre of CRPF personnel (the responsibility for the attack was claimed by JeM)

The implications for Azhar’s UNSC blacklisting, if adhered to by Pakistan’s deep state -more in letter, than as a mere tokenism, are expected to hamstrung him so devastatingly, that he will be subjected to an assets freeze, travel ban and an arms embargo. This will be a crippling blow to his activities.

This is, however, is not even remotely to suggest that Pakistan overnight will undergo such a radical transformation as to eschew its reprehensible acts of terror. Or, that Azhar, and those of his ilk, will, as is their wont, change their operating name and functional style and continue with their mischievious tactics.

The final destination which took India’s inexorable efforts to Azhar getting blacklisted by UNSC, had it awaiting numerous obstacles –which appeared very hard to overcome.

In 2009 India initiated efforts in this direction with UNSC on its own. In 2016 India made a convincing plea with the P3 i.e. US, UK and France, but China played a spoilt sport. In 2017 the P3 yet again made an impelling appeal, but China dismissed the proposal by refusing to lift its technical hold.

The Role Played by P3

The strategy put in place by France, US and UK to out manoeuvre an ever reluctant China to come on board, was to have involved the introduction f a draft resolution in the UNSC for blacklisting Azhar. For China, push had already come to a shove and it was driven in an corner from which it could barely retract. The pivotal role played by India in galvanizing the P3 has been a tremendous diplomatic win for India.

Pakistan attempts to rationalize the UNSC blacklisting is by its assertion that “ the Committee procedures allow its members to place technical holds to allow additional time for further discussions, so as to reach a common understanding. “ Islamabad has been harping that New Delhi has been politicizing the issue and by so doing its pressuring the UNSC Sanctions Committee.

Pakistan says “the earlier proposals for blacklisting Azhar were aimed at maligning it and hindering the movement in Indian held Kashmir.

Strangely and ironically it was Pakistan which had all along politisized this matter in league with China.

Again, Pakistan says “there is no space for any proscribed organization, or, its affiliates to operate from Pakistani territory.” This is a travesty; after all, even the former Pakistan President Gen Musharraf had said the same thing many years back.

The fact of the matter is Pakistan, has, at this moment to pretend to be exactly what it NOT in reality. If it desists from such a charade. it will be deprived of funds from international financial institutions such as the IMF and World Bank since It has already to clear itself from its grey listing by the Financial Action Task Force (FATF)

America has not minced world in denouncing Pakistan for its complete lack of appropriate initiatives for combating terror –this view has found a ringing endorsement across many nations in Western Europe as well as Australia.

As regards Beijing, its trade war with the US coupled with the initiatives taken by the QUAD ie. US, India, Japan and Australia are, on the one hand distancing Beijing from New Delhi (it fears the Wuhan spirit may get eroded) and on the other bringing about Beijing’s increased international isolation. Ideally, China, at the present juncture, can well do without such bothersome issues.