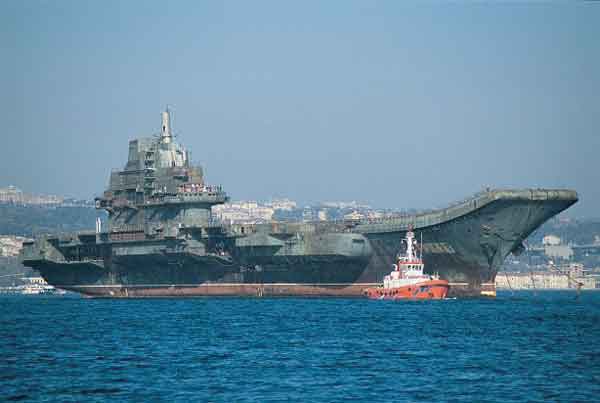 Before the 15th century China was a seafaring nation, with advanced shipbuilding and navigation skills. After the famous voyages of Admiral Zheng He during the Ming period which demonstrated what a powerful naval fleet could achieve, an eccentric emperor did a complete volte face, banned all maritime activity, and systematically dismantled its sea power, going to the extreme of destroying all important mariners’ records and shipbuilders’ texts in a medieval version of the Cultural Revolution.1 This effectively blocked China from becoming a seafaring nation for centuries.

China has its own interpretation of its EEZ, within which it claims the right to regulate all traffic, including military vessels.

Overt nuclear threats by the US during the Korean War made China determined to acquire nuclear weapons, which they saw as the great equalizer. In the beginning years China’s policy for the attainment of its strategic objectives was to “build its strength and bide its time.”2

Its strategy however remained land-oriented. Its view of naval power was heavily influenced by the many river battles its warring rulers had fought throughout its history. The navy was nothing but an adjunct to the PLA, with a strong riverine component. It was only in the 1980s that the basis for a modern PLAN was created by Adm Liu Huaqing, who persuaded the CMC to shed its coastal outlook and convinced them of the need for a blue-water navy.

Mao’s “People’s war” and “active defence’ strategies gave way to Deng’s “People’s war under modern conditions.” But this strategy too was vague and provided no guidance to the PLA for dealing with high-speed modern war with its reliance on technology and massive precision fire-power.

When the first Gulf War broke out soon after Jiang Zhemin became the Chairman of the CMC, the CMC and PLA were quick to note the use of satellite technology, precision guided weapons, the use of air power and electronic warfare, and the missile attacks launched from hundreds of miles away by ships and submarines at sea. The CMC became convinced of the need for modern weapons and equipment in the new era. Jiang Zemin remarked during his inspection tour of the PLA National University of Science and Technology in early 1991 that any future war would be a high-tech war, a war of multi-dimensions, a war of electronics, and a war of missiles. The PLA had to be ready for such a reality.3

China had to find a counter to the US Navy’s supremacy in the Pacific.

Deng’s strategy of “active defence” was re-interpreted to mean “forward defence,” and by this means the PLAN cleverly shifted from a defensive to an offensive strategy. It was realised that offensive action was particularly important for the weaker side in a high — tech war. From then onward, serious efforts were set in train to develop a second strike capability and develop a blue-water navy.

Since the turn of the millennium a new note of assertiveness has become apparent in China’s foreign policy postures. The Gulf Wars brought home to the Chinese the centrality of oil in world politics and the preparedness of the US to “go it alone” in pursuit of its strategic interests. China began to speak not-so-softly: it knew that the world was aware that it carried a big stick. In its tone to other countries it became more threatening, especially to Japan, India, Vietnam and the Philippines, all countries with which China has territorial claims. China exploits the global system, but does not subscribe to it. It has its own interpretation of its EEZ, within which it claims the right to regulate all traffic, including military vessels.4

With the reforms in the PLA and the new strategy that was evolved, the positional and offensive-defence thinking gave way to the use of and countermeasures against speed, mobility, air power, and long-range strikes. It was realised that strategic depth could be attained only by forward deployment, and this called for an oceanic, not a coastal navy. This factor would be a prime consideration in the ongoing modernisation of the Chinese Armed Forces.

Recent efforts by China to grow into a blue water force have made the world sit up and take notice. Its maritime aspirations are strongly rooted in its overall strategic perceptions. In the post-modern period China’s strategic aspirations, stemming from centuries of historical experience may be summed up as follows.

One of China’s favourite nightmares appears to be the closure of the Malacca, Sunda and Lombok Straits to Chinese tankers, which would bring the country to a halt.

The re-absorption of Taiwan is an article of faith with China, and would have been accomplished long ago if had not been for the United States. Two major crises brought China and the US to the brink of war; the first one was in 1958 and the second in 1996. On both occasions the US dispatched its Carrier Strike Groups (CSGs) in a show of force and readiness to support Taiwan’s independence, and the Chinese backed down.

The US is the dominant power in the Pacific. This power is projected through its Navy, and more specifically through its carrier strike groups. China learned the right lesson: its continental approach would count for nothing against an adversary who ruled the surrounding seas. Unless it could challenge the US Pacific Fleet, it would not succeed in becoming the regional power, which is an essential stage in its ascent to the higher rungs of the emerging world order. China had to find a counter to the US Navy’s supremacy in the Pacific.

Protection of Flows of Oil and Strategic Commodities

China’s new strategy was given additional urgency by the need for rapid growth of its economy, with a corresponding rise in the demand for raw materials and energy inputs: most importantly, oil. So in the past decade China began a frantic quest for oil, minerals and metals. It has mainly sourced its strategic mineral and oil from the developing countries in Africa and South America. In a short span of time vast sums were mobilized for strategic investments in Africa in the form of outright purchases of oilfields and oil companies, and copper and cobalt mines whose output was exclusively meant for China.

Chinese investments in Africa and America are spread over nearly 25 countries, including every state on both coasts of Africa. It has also invested heavily in South and Latin America. The sustained campaign to acquire resources and overseas investments in Africa and South America is driven by three sets of considerations: strategic — to acquire oil and strategic metals; economic — for wealth generation that is not possible within the country because of a weak domestic market; and political — to cultivate alliances and build up partnerships mainly with developing countries not only for political, but possibly later also for military support.

The uninterrupted transportation of oil is essential for the attainment of China’s growth targets; this in turn places on the PLAN a heavy burden of defence of distant SLOC.

As part of the complex series of steps taken to build a strategically favourable world environment, China has entered into agreements to build new and modern ports with a number of states in the vicinity of the sea oil routes. These ports are Sittwe (Myanmar), Hambantota (Sri Lanka), Gwadar (Pakistan) and also as recently reported, in Seychelles.

China’s maritime outlook is undergoing a major change, brought about by its own ambitious initiatives. From a completely continental strategy it has now embarked on an ambitious programme to establish regional supremacy in the maritime domain. Paradoxically, the ownership and acquisition of strategic resources and assets overseas which gives China a huge edge in the competitive global economy, also simultaneously poses some serious problems that have to be addressed.

Of these three strategic tasks that may confront China, the first would be the most urgent and important. One of China’s favourite nightmares appears to be the closure of the Malacca, Sunda and Lombok Straits to Chinese tankers, which would bring the country to a halt.

In response to this perceived threat China is preparing to go to extraordinary lengths, by building pipelines from Sittwe on the Myanmar coast and Gwadar across the Karakoram Range. Pipelines, however can never be a substitute for transportation by sea, and can never be a solution to China’s so-called “Malacca dilemma” — what to do in case the Malacca Straits are blocked to Chinese ships. The threat that China perceives to its shipping is not from pirates or terrorists — China specifically visualises a threat from hostile countries, not least the US.5