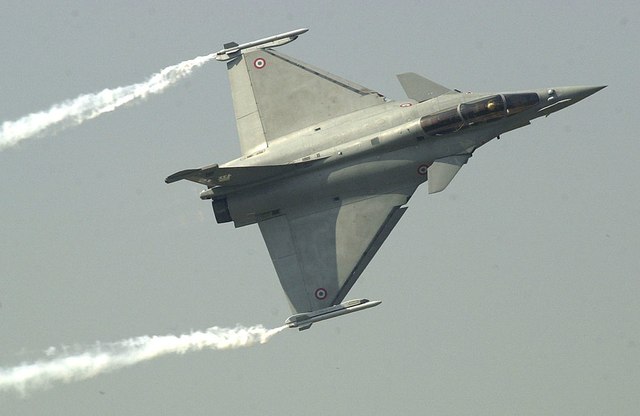 The disappointing part is that there has been a very marginal increase in the capital outlay for defence for 2020-21 as compared to the budget estimates and revised estimates of 2019-20, which will affect several big-ticket projects of the defence forces that are being done for building capabilities against our two hostile neighbours China and Pakistan.

There was also no mention of the defence budget during the budget speech of Finance Minister Nirmala Sitharaman who was earlier the Defence Minister, indicating that the government has prioritised other sectors – agriculture, education and health – over defence. Without the pension, the defence budget is only 1.5 percent of the GDP.

The bare minimum increase in capital outlay will drastically affect several major acquisitions of the army, navy and air force. The army is already procuring high-end artillery systems such as the M777 ultra light howitzers, the K-9 Vajra self-propelled gun and the indigenously developed Dhanush for the frontiers with China and Pakistan. Payments for these are ongoing. The IAF too is also paying for modern weapon systems such as the Rafale fighters and S-400 air defence system.

The meagre allocation will also affect the navy, which had earlier approached the government for additional funds amid a severe financial crunch that is forcing it to rationalise and reduce its requirements. Due to the low budget, the navy has had to rework its plan of having 200 warships by 2027. The navy has been pushing to get its share of the defence budget back to the 18 percent it was 2012-13 from 13 percent for the current financial year. The navy has also had to cut down on the numbers in some projects such as Mine Counter Measure Vessels and P8i maritime reconnaissance aircraft.

In view of the committed liabilities from past years the allocated budget will fall short of the armed forces’ requirements. The budget is also unlikely to cater to inflation and GST rates.

The revenue head continues to remain larger than the capital outlay. This is mainly because of the large number of pays and allowances, including increments that have to be paid for the persons including increments that have to be paid for the personnel of the defence forces. The revenue head also takes care of repairs and transport, which are crucial for running a force. For example in the army, the revenue to capital ratio is 82:18. However, this head too has witnessed only a marginal increase over what it was in budget and revenue estimates of 2019-20. Meanwhile, separately Rs 1.33 lakh crore is the allocation for pensions.

But, it remains to be seen whether the appointment of the Chief of Defence Staff (CDS), aimed at improving jointness between the forces, can synergise their requirements and prioritise them according to the budget. This is the right time for the CDS to intervene and fight for the modernisation of armed forces lest we are again caught with our pants down like in 1962.

Defence Minister Rajnath Singh, commenting on the budget, said, “The first Budget of the new decade presented today by Finance Minister Smt. Nirmala Sitharaman gives an outline of a New and Confident India. It is a promising, proactive and progressive Budget which will make India healthy and wealthy in coming years.”

While presenting her maiden Budget speech in July 2019, Finance Minister Nirmala Sitharaman (also earlier Defence Minister) mentioned modernisation and upgradation of the defence sector as “national priority.” Experts believe with India’s defence allocation still below 2 per cent of GDP, hiking the defence budget is the need of the hour.

Commodore C UdayBhaskar (Retired), Director, Society for Policy Studies said, “My expectation is that Budget 2020 will be a meaningful redress of the imbalance in the defence allocation, wherein the capital component of the total fiscal allocation for defence will be brought back to the optimum of 40 per cent”.

“While noting that the Finance Minister has to address the abiding challenge of keeping the overall deficit under a certain median, even while ensuring appropriate allocation for all sectors including defence – it merits note that over the last few years the capital component of the defence budget has been hovering in the 33 to 34 percent range. Collectively, the three armed forces are in dire need of funds in the capital account for bare minimum modernization and acquisitions. The existing pattern of fiscal allocation for defence has to be reviewed and increased in a meaningful manner. One hopes that this expectation will not be in vain,” said Commodore C UdayBhaskar.

The defence strategists have failed to analyse as to why Modi government is not giving priority to defence modernisation when a severe threat from our adversaries is lurking. Pakistan’s defence budget is about 3.5 percent of GDP where as China’s is about 4 percent of GDP. India’s budget should at least be about 3 percent of GDP if not more, notwithstanding the economic slow-down.