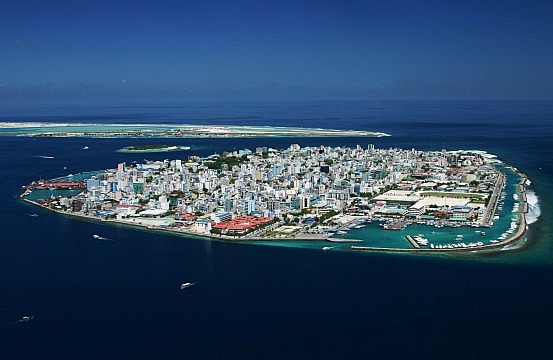 Maldives and India are having a relationship crisis due to recurring articles and social media posts attacking the dignity of the Indian High Commission office in the Maldives. The Indian High commission wrote a letter to the ministry of external affairs, which was shared with the Maldivian local media and social media platforms. The Indian high commission complained in the letter about malicious and increasingly personal attacks that may damage India and the Maldives’ bilateral relations.

The letter also cited the preamble of the Vienna Convention on Diplomatic Relations 1961. This complaint resulted in a minor political crisis that forced the Maldivian Democratic Party (MDP) to release an official statement that empathised with the Indian diplomats in Maldives and deemed the remarks as derogatory. The MDP blamed this whole drama on a local newspaper, Dhiyares and its owner Ahmed Azaan. The MDP believes that the anti-India campaign run by Azaan is well funded, tailor-made and intricately choreographed political campaign to break ties with Maldives’ closest ally, India.

The reason for the ‘India out’ campaign was the military presence in the Maldives, which according to the locals, is a threat. India out campaign started in 2020, which spread across social media like a wildfire. The co-founder of the Dhiyares media, Shifxan Ahmed, cleared their position about having issues only with the military presence. Ahmed also said that the ‘India out’ campaign is not about international relations; it is about the feeling of security within the geographical boundaries of Maldives. The media outlet does not support any violent clashes; it only wishes to express concern peacefully.

It is not the first time that an anti-India campaign had reared its ugly head. Back in 2013, when the Progressive Party of Maldives (PPM) was in power, international relations between India and Maldives took a hit. PPM, led by Abdulla Yameen Abdul Gyaoom, had tilted towards the Chinese. To please the Chinese, the Yameen government indulged in anti-India slogans and policies.

Researcher Dr. Gulbin Sultana, an analyst at Manohar Parrikar Institute for Defence Studies and Analysis (IDSA), shares the same sentiment about the anti-India rhetoric of 2013. But even if the Yameen government had biased towards the Chinese, they also engaged in India first policy for the Maldives. There are few untoward incidents that caused anti-India sentiments by the people of Maldives.

The first incident is when India gifted two Dhruv Advanced Light Helicopters (ALF) in 2010 and 2015. These helicopters were used for ocean search and rescue operations, airlifting patients across the islands and Maritime weather surveillance. These military helicopters were based in Addu atoll and at Hanimaadhoo. But the pro-China stance of the Yameen government interpreted these gift helicopters to increase Indian military presence in the Maldives.

A bilateral treaty was signed between the two countries where Indian officers sent to the Maldives would provide expertise and training to the Maldives National Defence Force. Under the command of Indian officers, these helicopters were to be operated. In 2016 when agitation reached its peak, the Yameen government requested India to take back their choppers and defence personnel.

They even refused to extend the terms of the contract and did everything to oust the defence personnel. Maldivians were agitated because of their perceived Indian military presence, and Indian refusal to take back the choppers added fuel to the fire. In 2018, Ibrahim Mohamed Solih came to power; he immediately scrapped agreements that proscribed the use of choppers and extended Indian stay in Maldives. Solih’s friendly stance towards India and its choppers again fuelled anti-India sentiments in Maldives.

The Vice president of PPM, in a conversation, talked about keeping agreements between governments in secrecy. He said that the Maldives wants to maintain friendly relations with India and China. The Maldivian government believes in keeping terms of contracts about defence, sovereignty and national security in secrecy. Few groups of people interpret this secrecy as a threat to democracy.

The domestic players in the Maldives opposed agreements with India because the Solih government believes in keeping things under wraps. According to Maldivian law, any agreement has to be tabled in the Parliament and needs Parliamentary approval. This approval is a constitutional prerequisite. It is only after the approval the government can engage in bilateral treaties. But the Solih government, in the name of national security, does not share any data with the Parliament. The idea of keeping everything under wraps in the name of national security anger people and fuels protests.

According to Dr. Sultana, most of this agitation and campaigns could have been avoided if the government engaged in transparent governance with its people. For a human mind, especially the ‘ego’, anything familiar is safe, even if it jeopardises their life. Anything unpredictable or unfamiliar is unsafe, even if it is healthy. It is one of the primary reasons why a human opts for a road that is travelled by the majority because of the ego; it is familiar, hence safe.

The secrecy behind these bilateral treaties provokes a feeling of unpredictability, which induces threat. These threats are fulfilled by engaging in anti-India sentiments like the India out campaign, which has seeped into the minds of ordinary Maldivian citizens. These criticisms, apart from Parliament, usually find their way on social media, which are unverified and blown out of proportion.

The second incident is the signing of Sifvaru, Uthuru Thilafalhu (UTF) harbour project agreement between India and Maldives in 2021, under which India will be developing a Maldives National Defence Force Coast Guard Harbour. This project initiated under the Yameen government. The dockyard is an atoll located near Malè, the capital of Maldives. All these agreement will keep healthy relations between India and Maldives under the Modi government to keep Indian Ocean region under surveillance.

The Indian motive behind signing this agreement was the growing presence of the Chinese in the Indian Ocean region. This agreement would satisfy the strategic interests of both India and the Maldives. But in 2019, when the Solih government came to power, media suspicion began owing to Solih’s Indian inclination about the UTF project.

The Maldivian government has repeatedly clarified that they would not allow any military presence on their land, be it Indian, Chinese or foreign. Indian interest in the Maldives is coming from one issue, it’s a chain of issues- growing Chinese presence in the Indian Ocean Region, Belt and Road Initiative, string of pearls, etc. Maldives has repeatedly asked India not to interfere in its domestic politics. After the threats of blasting Indian high commission office in Maldives, appropriate security actions have been taken.