Make in India for Air Force 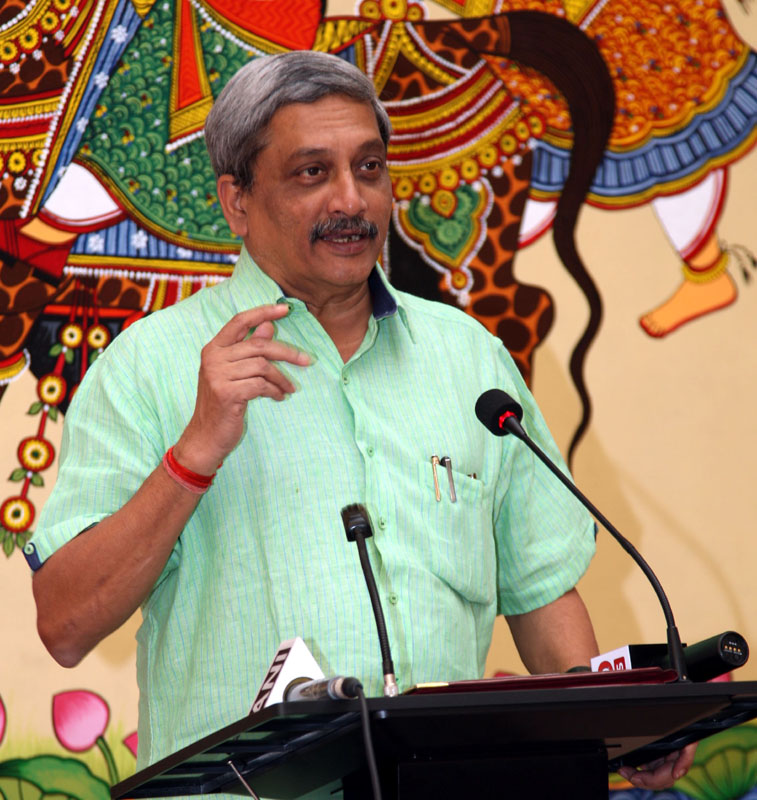 A seminar on Make in India for Indian Air Force was conducted on 19th April, 2016. Main suggestions received during the seminar are as follows:

This information was given by Defence Minister Shri Manohar Parrikar in a written reply to Shri Amar Shankar Sable in Rajya Sabha today.

The various initiatives taken to promote ‘Make In India’ for manufacture of defence equipment are given below:

‘Make’ Procedure: The salient features of ‘Make’ procedure in the Defence Procurement Procedure-2016 (DPP-2016) are as follows:

Buy (Indian-IDDM): Another notable feature of DPP-2016 is the introduction of a new procurement category Buy [Indian-Indigenously Designed, Developed and Manufactured-(IDDM)]. This category refers to procurement from Indian vendors of products that are indigenously designed, developed and manufactured, and have atleast 40% indigenous content. If the product is not designed and developed indigenously, it will have to have 60% indigenous content. The ‘Buy (Indian)’category, in which the product is to be procured from Indian vendors, will now require to have an indigenous content of 40%, instead of the 30% present requirement.

Industrial Licensing: The Defence Products List for the purpose of issuing Industrial Licenses (ILs) under Industries (Development & Regulation) (IDR) Act, 1951 has been revised and most of the components, parts, sub-systems, testing equipment and production equipment have been removed from the List, so as to reduce the entry barriers for the industry, particularly small & medium segment. The initial validity of the Industrial Licence granted under the IDR Act has been increased from 03 years to 15 years with a provision to further extend it by 03 years on a case-to-case basis.

Defence Exports: The list of military stores has been finalized and put in the public domain so as to make the process transparent and unambiguous. The process of receiving applications for No Objection Certificate (NOC) for export of military stores and for issuing NOC has been made online to reduce the delay and to remove human interface in the process. The Standard Operating Procedure (SOP) for the issue of NOC for export of military stores has been revised. Under the revised SOP, the requirement of End User Certificate (EUC) to be countersigned/stamped by the Government authorities has been done away with for the export of parts, components, sub-systems etc. Recognizing the need for promotion of defence exports to make the Indian defence industry economically sustainable, Defence Exports Strategy outlining the various steps to be taken, has been formulated and put up in public domain.

Defence Offsets: Offset implementation process has been made flexible by allowing change of Indian Offset Partners (IOPs) and offset components, even in signed contracts. Foreign Original Equipment Manufacturers (OEMs) are now not required to indicate the details of IOPs and products at the time of signing of contracts. Services as an avenue of offset have been re-instated with certain conditionalities.

Foreign Direct Investment (FDI): Under the Foreign Direct Investment (FDI) Policy, foreign investment upto 49% through automatic route and beyond 49% through Government route has been allowed in defence sector wherever it is likely to result in access to modern technology or for other reasons to be recorded. The foreign investment in defence sector is further subject to Industrial license under the Industries (Development & Regulation) Act, 1951; and Manufacturing of small arms and ammunition under the Arms Act, 1959.

Level-Playing Field: Issues related to level playing field between Indian vs. foreign manufacturers and public sector vs private sector have also been addressed. These include the following:-

Make in India Portal: Make in India portal for Defence Production has been launched. The portal provides information related to all policy and procedural issues relevant for defence manufacturing industry. It provides link to industrial promotion polices and program of various states and UTs. Another highlight of the portal is that the Test facilities of DPSUs/OFB/DGQA/DGAQA/DRDO/ Forces which can be utilized by the private sector, have been displayed. The portal also gives an opportunity to an individual company to seek clarifications or ask questions related to Defence Production.