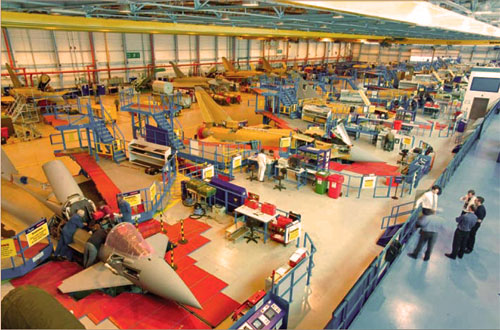 There is a distinctive buzz about Prime Minister Modi’s new campaign for “Make in India”. The thrust is to increase share of manufacturing from the current level of 15 per cent of Gross Domestic Product (GDP) to 25 per cent and create additional employment opportunity of ten million per year. This has led a few cynics to observe that, “There is a lot of sizzle but where is the steak?” Columnists such as Swaminathan Iyer are of the view that “Make in India” is only an outcome and not a policy while Governor of RBI Raghuram Rajan is of the view that the government is putting too much of thrust on export-led growth and should give primacy to “Make for India”. Discerning writers such as Debasis Basu however, feel that what is germane to the debate is the “cost of doing business” in India.

Defence manufacturing came out of the stranglehold of Public Sector Undertakings-Ordnance Factories (PSU-OF) monopoly with major liberalisation in 2001 with 100 per cent private sector participation and the recently announced 49 per cent in Foreign Direct Investment. Policy footprints such as the Defence Procurement Policy (DPP) 2013 have created a level playing field for the private sector. The Defence Production Policy 2011 aims at higher self reliance in critical technology and the Offsets Policy 2012 which seeks to leverage our big arms’ acquisition to bring in state-of-art technology, and long term partnership with Original Equipment Manufacturers (OEMs). The Self Reliance Index of our defence acquisition, however, remains at a wobbly 30 per cent despite spasmodic policy posturing to improve indigenisation.

Defence Manufacturing and Challenges in Self Reliance

It would be worth to note that while the increase in the revenue allocation roughly matches with the wholesale price escalation, the capital acquisition budget has witnessed significant growth of around 20 per cent per year, far outstripping the overall trend of increase in defence expenditure. Capital Acquisition constitutes nearly 40 per cent of the defence budget of which the value of production of the Defence PSUs and the OFs account for the following:

It would be seen from the above that while the average yearly increase in Value of Production (VOP) of Defence PSUs is around five per cent per year, in case of the OFs it is only two per cent. It would be interesting to note that the value addition of different defence PSUs varies between 23 per cent and 57 per cent; it is very high, about 85 per cent, for OFB. PSUs such as HAL and MDL show a poor level of value addition as they are largely system integrators while Midhani and BDL have contributed handsomely to indigenisation. The higher indigenisation in case of OFBs is largely attributable to the low end technology.

Historically, India has been availing of technology through licence agreements from Russia and a smattering of Western countries. The exceptions are some of the missile systems, small arms and their ammunition and tanks where technology has been indigenously developed by the Defence Research and Development Organisation (DRDO). The Light Combat Aircraft (LCA) Tejas with Final Operational Clearance (FOC) will hopefully be a major “Make in India” platform. It must be mentioned that indigenisation has effected a substantial reduction in cost of the systems due to India’s labour arbitrage, good facilities and fairly well-trained labour force. The following table brings out the cost savings of a few major products through the Transfer of Technology (ToT) route.

Self-reliance trends in defence acquisition present a dismal picture. A committee under Dr APJ Abdul Kalam, the then Scientific Advisor to the Raksha Mantri, had recommended that India should ramp up this quotient from 30 per cent (1995) to 70 per cent by (2005). The following table, however, brings out how the Self Reliance Index has remained sticky at around 30 per cent.

Table 4: Total Acquisition and SRI: Trends. Source: Table Prepared by Author based on data obtained from Ministry of Defence

The principal reason for this state of affairs is our poor design capability in critical technologies, inadequate investment in R&D and our inability to manufacture major sub-systems and components. The Transfer of Technology route has provided India with the know-how without providing the clue for know why. It is due to this that even for an upgrade of the systems, defence PSUs are critically dependent on the original licensors. A case in point is the SU-30 upgrade where the Russians often hold HAL to ransom.

The following table brings out the gaps in critical technology of different systems.

From the table above, it would be seen that the major deficiency in terms of capability is in the areas of propulsion, weapons and sensors. Some of the critical technologies where progress made by the DRDO has been abysmally poor are Focal Plane Array (FPA), Active Electronically Scanned Array (AESA) Radar and Stealth Technology. India is presently engaged in the design and production collaboration with Russia for a Fifth Generation Fighter Aircraft (FGFA), that will have stealth features.

India is presently engaged in the design and production collaboration with Russia for a Fifth Generation Fighter Aircraft.

Procurement, Production and Offsets Policy in Retrospect and Their Impact

The Defence Procurement Policy 2013 envisages higher preference to Buy (India), Buy and Make (India), and Make options over the earlier thrust towards Buy (Global) or the import option. It ostensibly looks at creating a better level playing field between the Public and Private sector with greater impetus towards indigenisation. A major departure from the previous policy is allowing the private Indian industry to avail of ToT which was earlier the exclusive domain of DPSUs/OFs. The policy also encourages Joint Venture with OEMs. Prime Minister Modi’s “Make in India” campaign has added another category to Defence Acquisition though it would include cases coming under the panoply of ‘Buy and Make’ and ‘Make’ where technology is indigenously developed.

The Offset Policy guidelines (2012) have for the first time allowed ToT through the JV or through non-equity route. It has also allowed multiplier for critical technology areas such as FPAs, Nano Technology-based sensor, fiber laser technology and THZ technologies.

The Defence Production Policy (2011) aimed at achieving substantive self-reliance in design, development and production of critical sub-systems by forming consortia, JVs by involving academia and R&D institutions. It also promised to set up a defence technology fund to support public, private sector as well as academic and scientific institutions for pursuing high-end research. The impact of all such policies on FDI inflow, export, augmentation and long term partnership has been quite disappointing for reasons enumerated below.

The OEMs for setting up business in India in partnership with public/private players want to have a major say in the management of manufacturing. While the announcement to scale up the FDI limit from 26 per cent to 49 per cent in the last budget has been a step in the right direction, it is unlikely to enthuse reputed global manufacturing houses to set up manufacturing bases and bring in front-end technology though some Joint Venture intents have been evinced for companies like the Tatas. On the other hand, countries such as China and South Korea have become major manufacturing hubs in aeronautics and ship building technology by being very liberal in their FDI policy and providing high modicum of ‘Ease of Doing’ business compared to India.

Besides the FDI policy, inadequate investment in R&D and lip service to technology funding by making a token allocation of Rs100 crore to Defence Technology Fund in the last budget is adequate commentary on our lack of seriousness in the area of Research and Development. The allocation to DRDO remains sticky – around six per cent of defence expenditure though successive parliamentary committees have recommended a minimum allocation of ten per cent. Private sector giants such as the Tata, L&T and Mahindra and Mahindra invest less than one per cent of their turnover in R&D unlike in countries such as France where corporate organisations invest more than ten per cent in R&D. It would also be interesting to note that the overall allocation to R&D is significantly lower (0.85 per cent) in India compared to advanced countries which spend in the range of 2.2 per cent to 3.5 per cent. The following table would bring out the trend.

15 thoughts on “Make in India: Challenges Before Defence Manufacturing”