‘Make in India’ and the Indian Aerospace Industry: Quo Vadis? 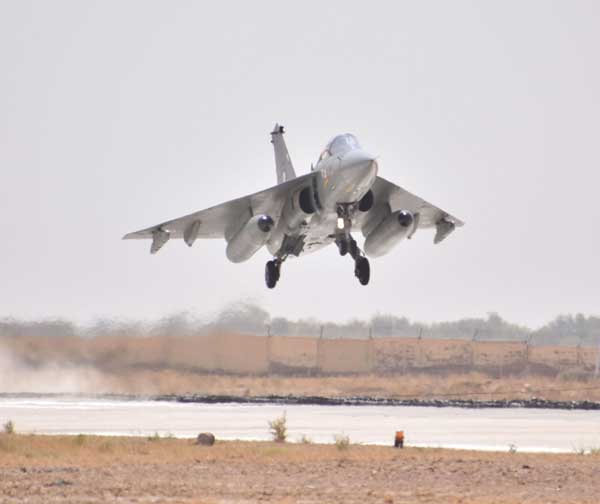 Inarguably, the motivation to make India self-reliant in all sectors of industrial prowess, would have guided the Indian leadership’s cogitative processes at the time of India gaining its independence. With the benefit of hindsight, one can now say unequivocally and regretfully that the trust reposed in the public sector did not live up to the expectations of a fledgling country. Barring a few exceptions, the public sector continues to be afflicted by low productivity and high investment. Successive governments must acknowledge responsibility for permitting the Public Sector Undertakings (PSUs) to develop organisational cultures that did not encourage productivity. Government patronage, lack of accountability and unbridled bureaucratic mismanagement led to self perpetuating empires by the PSUs while the private sector with a lean, mean and keen approach, and thus a higher potential for efficiency, remained stunted.

After the Bharatiya Janta Party (BJP) came to power in 2014, Prime Minister Narendra Modi endeavoured to invigorate the concept of self-reliance by speaking about his vision on Independence Day 2014 from the ramparts of the Red Fort. Soon thereafter, he launched the ‘Make In India’ campaign in September 2014, and visibly gave it full governmental backing in addition to his personal support. The programme has 25 sectors of which Defence Manufacturing, Aviation, Electronic Systems, IT and Space impinge directly on the nation’s aerospace industry. Prime Minister Modi put his weight behind these when he inaugurated Aero India 2015 in Bengaluru. Under his direction, ‘Make In India’ was the theme of Aero India 2015 as also the underlying content of his inaugural speech. This was only the second time that the Bengaluru event had been inaugurated by a Prime Minister. More recently, Prime Minister Modi inaugurated DefExpo 2018 (the last edition of the Show during his current tenure in office). The DefExpo theme was ‘India: The Emerging Defence Manufacturing Hub’ and Prime Minister Modi’s parental pride in the ‘Make in India’ programme was manifest there too.

Barring a few exceptions, the public sector continues to be afflicted by low productivity and high investment…

Reports from the Ministry of Defence (MoD) indicate that he is likely to inaugurate the next edition of the Aero India Airshow slated for February 2019, and thus the last one before general elections. The theme for Aero India 2019 is “The Runway to a Billion Opportunities” aimed at indicating the opportunities in the aerospace sector in India and a subliminal message about India’s aspirations to become a hub for the global aerospace industry. However, despite Prime Minister Modi’s personal patronage, ‘Make In India’ has not produced notable results and has largely remained a sloganeering device. This is especially so in the aerospace industry which is technology-intensive and needs substantial Transfer of Technology for meaningful self-reliance. The step-motherly treatment given for decades to the private sector in aerospace industry has meant that growth has been slow and unremarkable.

As far as the public sector is concerned, the impediments accosting ‘Make In India’ relate to the infirmities of the governmental mechanisms, frailties of policies, bureaucratic shackles over practices in implementing policies and lack of accountability in producing ‘bangs’ commensurate with the ‘bucks’ invested in public sector. From the defence point of view, the centre piece of the Indian aerospace industry is Hindustan Aeronautics Limited (HAL) which has been assembling Russian MiG 21s, MiG 27s and Su 30 MKIs, British Jaguars and more recently Hawk trainers and French Allouette helicopters for decades at its vastly spread out and hugely expensive infrastructure.

Although the related assembly lines have been ‘manufacturing’ aircraft under license, there is nothing indigenous about the process as there has been negligible Transfer of Technology which has been limited in scope and has not extended to design and development capabilities. Not only that, the cost of a HAL-produced Su-30MKI is reportedly Rs 60 crore more than the price negotiated with Russia. With government patronage, HAL was quite content to carry on in this manner and its own contribution in terms of an indigenous aircraft design is not proportional to the magnitude of resources invested in infrastructure and manpower. Consequently, after seven decades of independence, we are nowhere close to indigenously meeting the Indian Air Force’s (IAF) urgent and critical shortfall of combat aircraft squadrons; nor have we produced a transport aircraft of our own.

Government patronage, lack of accountability, and unbridled bureaucratic mismanagement led to self perpetuating empires by the PSUs…

The modest success we have had in helicopters is a small consolation. The Tejas is the only fighter aircraft produced by HAL indigenously based on a design by National Aeronautical Laboratory (NAL), but it has already taken three and a half decades to fly. A non-operational version has been thrust down a reluctant IAF’s throat more as a Public Relations exercise rather than to meet the IAF’s requirements. The Indian Navy resisted staunchly and has kept its options open. The very fact that the IAF is procuring 36 Rafale jets from Dassault and the selection process is on for another 114 fighter aircraft is a sad comment on HAL, the recognisable face of the Indian aerospace industry. Despite tall claims and hyped publicity about HAL’s achievements, it does not enjoy a position of respect internationally. Harking back to the sordid story of 126 Medium Multi-Role Combat Aircraft (MMRCA) selection, it was reported that Dassault’s favoured partner was not HAL but a private company (Mukesh Ambani’s Reliance Industries Limited) and that Dassault refused to provide time and maintenance standard guarantees if HAL was going to be its partner. The implication is clear for all to see.

Coming to commercial aircraft, as a nation we have failed miserably to design and produce even a small civil aircraft for commercial use. NAL had reached the prototype stage with the Saras twin turbo-prop aircraft, but, after losing one prototype in a crash in March 2009, on the outskirts of Bengaluru, the programme had come to a grinding halt. At the beginning of 2018, it was rejuvenated after a gap of nine years and has completed five flights since then. The 19-seat aircraft is ideal for regional connectivity, but the problem, as always with the public sector, is inordinate delays expected in the three-year time projection given by NAL for the aircraft to be available for commercial use.

The Mahindra Group which started producing Airvan-8 at an Australian facility and is developing the Airvan-10 (8 and 10 seater transport aircraft respectively) has received Director General Civil Aviation (DGCA) certification for Airvan-8 in May last year. The company has also developed the C-NM5, a five-seater utility aircraft in collaboration with NAL. Another aircraft designed by NAL is mentioned here for its private linkage; the HANSA-3, designed by NAL is produced by Taneja Aerospace and Aviation Limited (TAAL) mainly for use by air clubs for training, but also usable for private transportation. For the sake of completing the picture, it may be mentioned that HAL had sent out a Request For Information (RFI) for a collaborator to build a 50 to 80 seater “medium-sized twin turbofan/turboprop” termed as Regional Transport Aircraft (RTA) to serve regional and remote area connectivity needs of civil aviation. In the department of engines, India lags behind miserably as without an indigenous engine making capability, civil airliner design would be toothless.

Although the related assembly lines have been ‘manufacturing’ aircraft, there is nothing indigenous about the process as there has been negligible Transfer of Technology…

While on the topic of civil aircraft, the Dornier Do-228, a 19-seater twin turbo-prop aircraft needs to be mentioned. HAL has produced 130 of the type under license while Tata Advanced Systems Limited (TASL) had to truncate its deal with RUAG (discussed later). Transfer of related technology is not part of the deal in either case. The laggard nature of India’s civil aircraft design and development is in sharp contrast with China’s leaps and bounds in aerospace industrial effort. Having started its aerospace industry almost at the same time as India, it has produced three commercial aircraft and its latest product, the 168-seater C-919 twin-jet airliner, is slated to make an entry into the single aisle space in 2021, when it is expected to start nibbling at the Airbus A-320’s and the Boeing 737’s share in single-aisle commercial airliner space. China’s success and India’s failure are both owed to national enterprise. The earlier we recognise this and accept that HAL’s internal inefficiencies are incurable and open the gates for private participation, the better it is for the nation’s aerospace industry.

The 1990s saw the ushering in of liberalisation and removal of controls and at the turn of the century, the reservation for public sector in defence equipment manufacturing was done away with. Progressively, Foreign Direct Investment (FDI) rules were also relaxed. However, the years lost since the nation’s birth had taken their toll and private participation has been slow and insignificant so far in defence and aerospace sector, a capital and infrastructure intensive one characterised by long lead times. Currently, private sector participation is meagre; even that is more for foreign Original Equipment Manufacturers (OEMs) than for Indian entities. However, many industrial houses had the vision and foresight to enter the aerospace domain, their primary interest of course being profit related as in the case of any business. 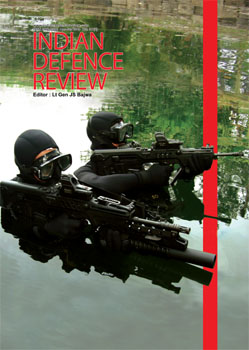 TASL has perhaps come closest to acquiring the capability to manufacture full aircraft, radars and Unmanned Aerial Vehicles (UAVs). It has become a significant player in the global aerospace and defence market, becoming the premier manufacturing partner for global OEMs, including Boeing, Airbus Group, Sikorsky Aircraft Corporation, Lockheed Martin Aeronautics, Pilatus Aircraft Ltd, Cobham Mission Equipment and RUAG Aviation. It had set up a manufacturing line for the Dornier 228 aircraft for RUAG, but could not meet the deadlines and the deal had to be abrogated. It has tied up with Airbus for the manufacture of C-295 transport aircraft (a 71-troop carrying replacement for the AVRO HS 748) and has a contract with Boeing to manufacture aero-structures (components of an airframe including fuselage, wings and flight surfaces) for Boeing’s CH-47 Chinook and AH-6i helicopters.

One thought on “‘Make in India’ and the Indian Aerospace Industry: Quo Vadis?”