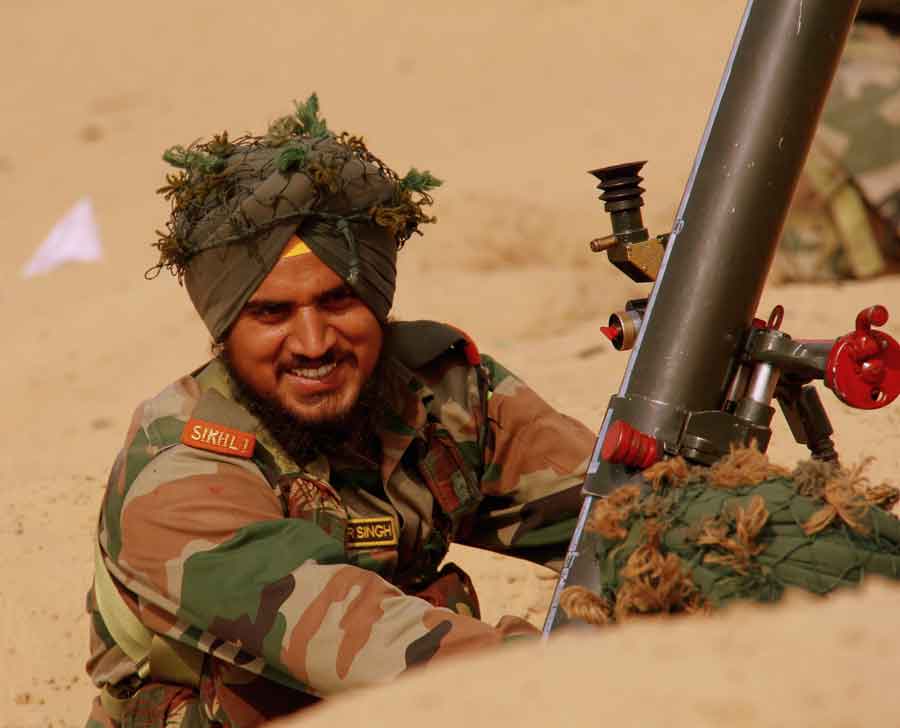 On attaining independence, the first question that should have continually been thrown up was “What are the infirmities in our character that have made India remain under foreign rule and domination for almost 1000 years- the longest in known history?”

An honest answer to this question was critical to help develop the ability to defend our nation and disallow a repeat of this shameful history. Our elders unable to come to grips with the devious manipulation of our colonizers permitted the creation of Pakistan on the basis of religion, thus permitting the contradiction of our secular beliefs.

… the first question that should have continually been thrown up was “What are the infirmities in our character that have made India remain under foreign rule and domination for almost 1000 years – the longest in known history?”

Pakistan’s attempt to grab Kashmir on day one should have alerted our leaders to the folly of neglecting the well-being of the military- it did not! Therefore, our inability to develop and wield military power in its optimal mode landed us with an uncalled for defeat at the hands of the Chinese. Also it never occurred to our elders that as we believed in ‘unity-in-diversity’ as a core concept, we would require an extraordinary amount of military power to keep the nation state as one single entity.

Look at Iraq that is not multi-cultural or multi-religious and yet to keep it intact as one nation, it takes a brutal Saddam H and after him, the brute force of the world’s most powerful military machine! Of course, it is not to suggest that we need a military dictatorship but we do need a military machine that is capable of preserving the Union despite the fault lines in its surrounding and the instability caused by the serious shortcomings in the quality of domestic governance.

Therefore, New Delhi should feel highly indebted to its military machine. Because, despite the numerous follies committed in governance by the civil administration over the years (that have resulted in the government’s writ not running in forty percent of the Indian territory), it is the military machine that has kept the union of India physically intact. This, in spite of the meager resources allotted, inconsistencies in policies, glaring shortage in the officer cadre, the tardy approach to modernization of the defence forces and above all the perpetual commitment of the military in the role of internal policing.

For quite a few good reasons the honing and nurturing of military power should acquire the utmost priority in the national development agenda. First, if one looks at the map of Asia, it will be observed that it is dotted with Islamic countries that surround India. Many of these have a regressive medieval outlook, which directly contradicts India’s multi-religious, multi-cultural, unity-in-diversity progressive philosophy. The danger from this phenomenon can be witnessed in the creeping invasion, demographic changes and the ethnic cleansing of minorities that has occurred in Kashmir, Assam and the Northeast. To deal with this threat, besides excellent governance, we require formidable military muscle.

…historically the Indian subcontinent generates wealth every fifty to hundred years, but unfortunately it never catered for adequate military power to defend that wealth.

Second, historically the Indian subcontinent generates wealth every fifty to hundred years, but unfortunately it never catered for adequate military power to defend that wealth. In fact, the demise of military power in India first took place when the good King with an excellent well-oiled military machine at his disposal faltered by laying down his arms in victory, as he could not stomach further bloodshed.

The result was foreign domination for centuries. Once again, India is on the rise with every indication of growing enormously rich in the decades to come. But again New Delhi continues to pay lip service to the advancement of military power. Consequently, the ground situation does not at all appear reassuring.

Third, the Indian societal traits suggest that the level of security of the nation is directly proportionate to the degree of its military preparedness. The reason is that an average Indian at heart is a shopkeeper, highly individualistic and an entrepreneur by nature. After a day’s hard work, his interest revolves around his net earnings. In every endeavour he makes, his calculation is simply based on, “What’s in it for me?” He does not have the time or inclination to actively participate in the nations’ security.

But of course, the wealth an individual creates is a major contribution to keep the wheels of the nation moving. Such an entrepreneurial society, therefore, requires a steel frame made of military power, positioned along its borders to ensure that the internal accommodative spirit and societal characteristic of softness within remains highly protected from external forces that contradict values of our democratic polity.

Instead of improving the capability of the police and the para-military forces to tackle internal threats, we have unwittingly degraded the quality of military power…

However, by merely placing a large segment of military power on the borders will not ensure security of the nation in its entirety. There are two aspects to this. First, when a team in soccer defends only its half of the field and thereby permits the adversary to dominate, it is likely that the enemy who is hell bent in creating mischief will find opportunities to score many goals through infiltration, smuggling, creeping invasion and with the help of its irregular forces (jehadis). In a nutshell, hostile or a semi-hostile environment impacts India’s 14,058 km long land frontier.

Failed/failing states export instability, terrorism, religious fundamentalism, arms, and drugs. Therefore, the role of military power should be firmly embedded in the foreign policy of the country to defend strategic frontiers. The second aspect of the capability of power projection by the military beyond its borders is to secure the sea-lanes for trade and commerce, secure EEZ and to ensure energy security by securing the energy supply routes. India’s geo-strategic location with 7500 kms of coastal area jutting into the Indian Ocean makes India a continental as well as a maritime power. India impacts directly on East, West and Central Asia.

As a rising economic power dependent almost entirely on foreign energy supplies, it may in times to come have to ruthlessly wield its military power to wrest and dominate energy resources from Central and West Asia, and Africa. For New Delhi with its pacifist disposition, what I am suggesting is likely to appear very imperial but without that kind of a ruthless winning attitude, a multi-religious and multi-cultural society surrounded by religious fundamentalists, cannot survive!

To be able to deploy a top of the line military power, New Delhi will have to hone its military machine and come to grips with the nuances involved. On Independence, New Delhi inherited one of the finest battle ready military machine with a formidable reputation of winning wars in distant lands. Possibly, India inherited the best instrument of war in Asia at that point of time in history. While the British employed it skillfully to rule the world and found it to be the jewel in its crown, independent India’s leadership’s lack of understanding of military power with naïve and utopian dreams has landed the military today with the unenviable burden of undertaking policing tasks internally.

India has the potential of becoming a great power within the next two decades provided it learns to mainstream its military power.

Instead of improving the capability of the police and the para-military forces to tackle internal threats, we have unwittingly degraded the quality of military power that India requires to defend itself from looming external threats by saddling it indefinitely with internal security responsibilities. It’s a sad commentary on the performance of the civil leadership that 60 years after independence, the stability of India still directly depends on the stability of the Indian Army instead of the excellence of its civil administration.

India has all the pre-requisites and the potential of becoming a great power within the next two decades provided it learns to mainstream its military power. Foreign policy of a nation is primarily dependent on the strength of two legs, i.e., economic and military power. The ability to wield ruthlessly military power to defend and advance national interests coupled with the capacity and resolve to create wealth constitute the golden route for any aspirant to a great power status. We would do well to never forget this.