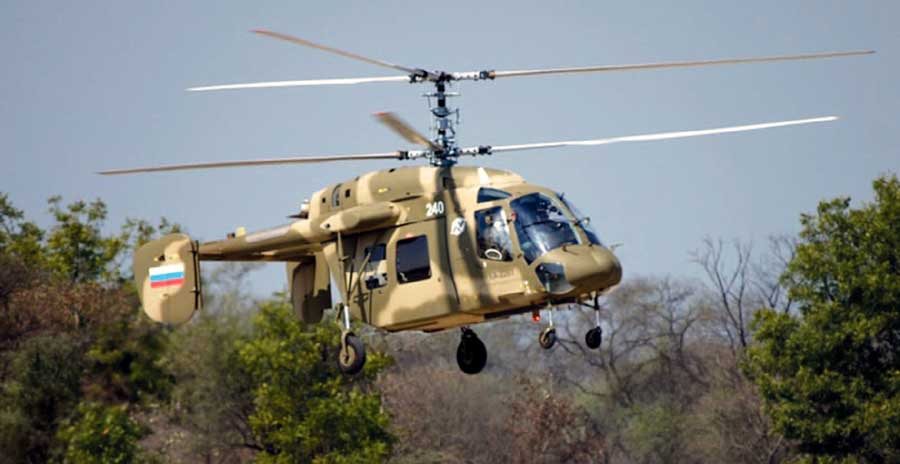 There is a swirling discomfiture that the ‘Make-in-India’ initiative, a signature tune of the NDA government, involving a large number of defence projects valued at more than $60 billion, is stuck due to long-winded procedures, commercial and technical wrangling, coupled with lack of requisite political thrust. The ‘Make’ category in the Defence Procurement Procedure passes through a maze of tortuous path before the private players can harness and bolster their best design capability to deliver successful prototypes to the defence services. In order to support such risky and innovative initiatives, the Defence Procurement Procedure provides for 80 per cent funding to the successful shortlisted developer. Despite this provision, the ‘Import’ and ‘Buy & Make’ options have remained favorites and constituted the bulk of defence acquisition over the years.

The Tactical Communication System as a major Make initiative brought in a whiff of fresh air when Bharat Electronics Limited (BEL), a Defence Public Sector Undertaking (DPSU) and private players such as L&T, slugged it out to bag the prototype development contract. The proposed system is expected to provide fully mobile networked cellular and secured communication service (voice, data and video) in the battlefield, supplanting the age-old radio communication network, the plan AREN system of the army. The new system, envisaged two decades back, witnessed severe bickering between the DPSU and the private sector players, where the Department of Defence Production was more inclined to place its order on BEL on the ostensible justification of ‘secrecy’. There was widespread criticism that under the subterfuge of indigenisation the “DPSUs are allegedly fronting for foreign companies”. Thankfully, a decision has now been taken to award the contract for developing two prototypes at the cost of $150 million to both BEL and L&T, with a timeframe of 18 months. This has ensured level playing field in the field of defence production, a yearning strongly voiced by the Kelkar Committee in 2005.

While the Tactical Communication System promises to be a success story, the Rs 6,500-crore project to manufacture 140 Light Utility Kamov-226T helicopters in India for which an Inter-Govermmental Agreement (IGA) was signed in 2015, has been in the cold storage since then. The Kamovs are expected to replace the ageing Cheetah and Chetak fleets, which have outlived their utility. This project promises to provide good design capability to the Hindustan Aeronautics Limited (HAL), which has gained immense experience in the Advanced Light Helicopter (ALH) programme.

Three ‘Make in India’ projects, where considerable spadework was done a decade back, have now gone into an irretrievable limbo…

But three ‘Make in India’ projects, where considerable spadework was done a decade back, have now gone into an irretrievable limbo. The first mega project is the Fifth Generation Fighter Aircraft (FGFA) programme where co-design and co-production of the Perspective Multi-role Fighter with 43 improvements over the SU-57 aircraft, was envisaged. This futuristic aircraft was expected to have stealth and supersonic capability. Besides, the FGFA was to have advanced sensors, networking and combat avionics. The Indian side was expected to contribute towards the Electronic Warfare suites and the Flight Control System which have been successfully developed in India, thanks to the Light Combat Aircraft (LCA) Tejas programme.

After signing of an IGA with the Russians in October 2007, for the co-development and co-production of the FGFA, the Preliminary Design Contract was signed between HAL and Sukhoi Corporation of Russia on December 21, 2010, at an estimated cost of $295.2 million. However, the final R&D and Production Contract has been hanging fire since then. The production was envisaged in about eight to ten years with $6 billion to be committed by each country. The production size was promised to be 500. The Russians are now reneging from their commitment on the production numbers and also asking for a hike in the contract cost to $7 billion. This is not uncommon with the Russians, as they hiked their cost significantly in the Gorshkov deal as well. Meanwhile, the IAF has raised doubts about the stealth capability of the aircraft and engine performance. The high cost and dodgy delivery timeframes are also of serious concern for the Indian Air Force (IAF).

While it is true that this project has the potential for slippage in time lines, the project would have provided rare design capability to engineers in the HAL in technologies such as stealth and supersonic capability. It is well known that Lockheed Martin Corporation of the US is designing and producing stealth multi-role fighters under the mega Joint Strike Fighter (JSF) programme. The US government principally funds the JSF programme with NATO allies actively contributing to this development programme. The programme is considerably behind schedule and already $163 billion in excess of its budget. Though the IAF was keen to be part of this programme, the response from the US was not encouraging. It is in this context that the collaboration with the Russians for a supersonic stealth aircraft was considered godsend, as it would have given us a head start over Pakistan and China.

This is in stark contrast to the BrahMos project for building ramjet supersonic cruise missiles which has witnessed significant success in terms of delivery to the IAF and the Indian Navy. This was a dream project of late Dr APJ Abdul Kalam who ensured that all hiccups to concluding the JV were transcended. It is a matter of pride that several countries such as the Philippines, Vietnam, South Africa, Egypt and Oman have expressed interest in acquiring the BrahMos cruise missile from India. In a substantial sense, BrahMos is a ‘Make in India’ project where the distinctive footprints of Indian defence designers for many sub-systems are clearly incorporated.

The third ‘Make in India’ aircraft programme which did not get discussed in the public space is the Regional Transport Aircraft Programme. The objective of this programme was to develop a mid-size, 70-seater passenger aircraft by ramping up the design capability of the National Aeronautical Laboratory (NAL), Bangalore that is undertaking the SARAS project, which is the development of a small passenger aircraft. The RTA programme envisaged synthesis between NAL, HAL and the private sector players such as the Tatas in a Public Private Partnership (PPP) mode. The Ministry of Civil Aviation had also evinced keen interest in acquiring such medium-size aircraft as they are ideally suited to provide connectivity between small cities, the way the bullet train project between Delhi to Ahmedabad has been conceived. It is a pity that though it was well conceived, this project did not take off due to the fatal accident which occurred with the ‘SARAS’ aircraft.

Most design and development projects are fraught with risks; they are the motherboard of success. For instance, when Brazil was developing the Embraer aircraft, a mid-size passenger aircraft with technological collaboration with the US, it also suffered several hiccups. But the Brazilian government stood solidly behind this development programme and ensured that the best of designers were pooled together and tax holidays offered to encourage this programme. Now, Embraer is the world leader in the mid-size passenger aircraft segment.

The Embraer programme provides an extremely useful template to the government of the day. The NDA government has displayed decisiveness in the way it placed orders for 36 Rafale Medium Multi-Role Combat Aircraft (MMRCA) from Dassault Aviation of France. The tender for 126 MMRCA was hanging fire for more than ten years. However, the IGA to procure 36 Rafale jets has given great respite to the IAF as they have been crying hoarse to replace the ageing Mig-21 aircraft. Besides, the government’s decision to increase the Foreign Direct Investment (FDI) cap in defence and scrap the FIPB has been welcomed by the global OEMs, who want to have long term partnership with Indian companies in defence manufacturing in India.

We need to come out of our mindset of opting for imports as the best option to fill up the critical void in state-of-the-art major systems and platforms. The ‘Make’ initiative has the greater potential to bolster indigenous design capability through partnership with well-known design houses. This will be the real way forward if we are serious about improving our Self Reliance Index in the foreseeable future from 30 per cent. The FGFA, MTA and the RTA programmes clearly reveal how due to lack of proper follow-up action and political push, our self-reliance initiative has taken a backseat. It is only through determined leadership, that the different stakeholders can be made accountable and work together to deliver these indigenous initiatives within a definitive timeframe in the critical ‘Make in India’ military manufacturing segment.