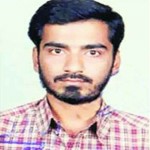 One should avoid over-playing the so-called geo-strategic significance of Saudi counter-terrorism co-operation with India in the wake of the arrest of Zabiuddin Ansari aka Abu Jundal aka Abu Jindal aka Abu Hamza by the Saudi authorities and his transfer to Indian custody to face interrogation and prosecution in connection with his suspected role as one of the main co-conspirators of the 26/11 terrorist strikes in Mumbai by the Pakistani Lashkar-e-Toiba (LET).

The transfer of Ansari by the Saudi authorities to Indian custody despite his posing as a Pakistani national and despite reported objection from the Pakistani authorities is a significant turning point in Saudi counter-terrorism co-operation with India despite risks of its impact on its relations with Pakistan and unhappiness in the Indian Muslim community.

Despite the Saudi authorities taking a step that could displease Pakistan, the arrest and transfer to India of Ansari do not mean a dilution of Pakistan’s geo-strategic importance for Saudi Arabia. Pakistan continues to be as important to Saudi Arabia as before.

It would be wishful-thinking to attribute this to the self-assumed increasing geo-strategic importance of India and the role that India could play vis-à-vis Iran.

Despite the Saudi authorities taking a step that could displease Pakistan, the arrest and transfer to India of Ansari do not mean a dilution of Pakistan’s geo-strategic importance for Saudi Arabia. Pakistan continues to be as important to Saudi Arabia as before.

Pakistan holds the Sunni A-bomb which Saudi Arabia and the rest of the Sunni world might need if Iran acquires a Shia bomb. In times of trouble, the Saudi royal family has depended on the Pakistan Army for its protection. What Pakistan can do to protect Saudi nationals and interests, either against Iran or against terrorism, India can never do. To nurse illusions of a geo-strategic estrangement between Pakistan and Saudi Arabia would be unwise.

What the arrest and transfer of Ansari indicates is a change in the Saudi attitude to the Lashkar-e-Toiba (LET) and not to Pakistan as a State. Hafiz Mohammad Sayeed, the Amir of the LET, has maintained good relations with the Saudi royal family. He used to describe Saudi Arabia as the best Islamic State though not an ideal Islamic State. While supporting the activities of Al Qaeda in the Af-Pak region, he had refrained from supporting its activities in Saudi Arabia and Yemen.

Pakistan holds the Sunni A-bomb which Saudi Arabia and the rest of the Sunni world might need if Iran acquires a Shia bomb.

In return for this, Saudi Arabia had allowed the LET to maintain an office in Saudi territory since the early 1990s. This office used to recruit Indian Muslims from among the pilgrims going to Saudi Arabia. The members of the Muslim Defence Force of Tamil Nadu unearthed by the Tamil Nadu Police in 2002 had been won over and motivated by a representative of the LET based in Saudi Arabia. The LET had also played an active role in helping the Saudi intelligence in recruiting, training and sending jihadi volunteers to Bosnia to fight against the Serb security forces.

Till the 26/11 terrorist strikes in Mumbai, the Saudi attitude to the LET was relaxed and co-operative somewhat to the detriment of India. The capability for spectacular acts of mass casualty terrorism demonstrated by the LET in Mumbai and subsequent reports in the US of the LET emerging as a collaborator and clone of Al Qaeda have caused concerns in Saudi Arabia over the dangers of the LET acting as the Trojan Horse of Al Qaeda at a time when the Saudi authorities have succeeded in crushing Al Qaeda in their territory.

This office (LET office in Saudi Arabia) used to recruit Indian Muslims  from among the pilgrims going to Saudi Arabia.

The welcome Saudi co-operation with India also reflects their concerns over the radicalisation of the Indian and Pakistani communities working and living in Saudi Arabia by the LET. The Saudi counter-terrorism co-operation with India indicates their concern over the LET presence in their territory, but this would not have any significant impact on their State-to-State relations with Pakistan, which is the third largest Sunni country of the world.

Unless Saudi Arabia develops its own independent nuclear capability, Pakistan’s Sunni bomb would be indispensable for it to deter Iran’s Shia nuclear adventurism. Let there be no wishful-thinking about it in Indian policy-making circles and public opinion.

While Saudi Arabia has evidently started marking its distance from the LET, it has not shown any signs of marking its distance from the Students’ Islamic Movement of India (SIMI), which has an independent presence in Saudi territory, reportedly motivated by CAM Basheer, the Muslim from Kerala who was the founding-president of the SIMI. While action against Pakistan-motivated LET cadres might not cause much unhappiness in the Indian Muslim community, action against SIMI activists with no evidence of links with Pakistan might. This should explain the seeming Saudi ambivalence towards the SIMI.

Unless Saudi Arabia develops its own independent nuclear capability, Pakistan’s Sunni bomb would be indispensable for it to deter Iran’s Shia nuclear adventurism.

In the Ansari case, one sees the beginning of a convergence of counter-terrorism concerns between the intelligence and security agencies of India and Saudi Arabia with possible US blessing because of the US interest in acting against the LET terrorists who killed six US nationals in Mumbai. New Delhi should welcome and hail this without embarrassing the Saudi authorities and causing them discomfiture in the eyes of the Muslim world and the Indian Muslims.

We must understand the Saudi ambivalence towards the SIMI and avoid irritating them on this issue. Let the co-operation develop at the present pace, at a pace that is comfortable to the Saudi authorities.