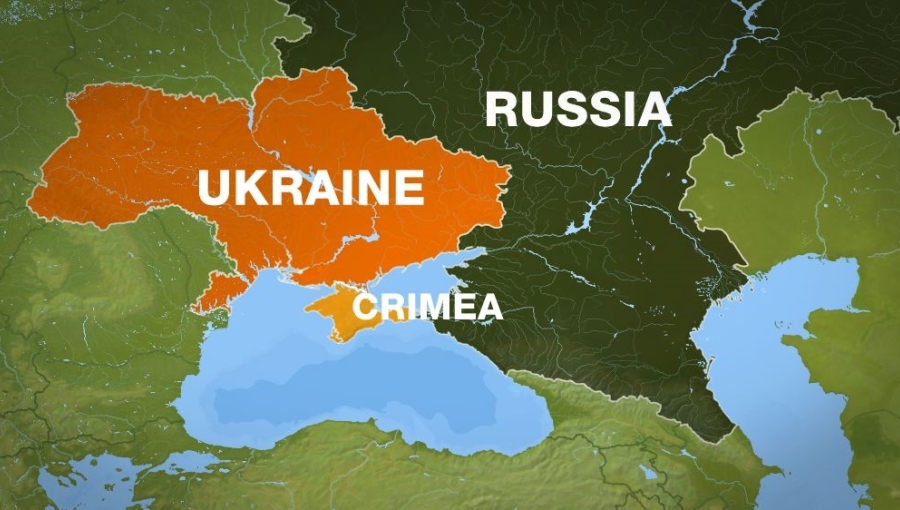 Russia-Ukraine relations have been on the boil for nearly a decade. In the ‘unlikely’ event of NATO permitting Ukraine to join the alliance, Russia will, almost certainly, retaliate militarily. Russia’s deputy U.N. ambassador said Thursday, 11th November, 2021 that Moscow will never invade Ukraine unless it is first provoked by its neighbor or someone else, then cited what he called many threats from Ukraine and provocative actions by U.S. warships in the Black Sea.

USA is still recovering from after effects of Afghanistan misadventure. Chinese fighters are penetrating Taiwan’s Air Defence Zone with impunity on a regular basis. Entire world is waiting for Chinese offensive to annex Taiwan. Chinese president Xi has openly claimed that Taiwan will be amalgamated in China sooner than later, either willingly or by force. This is contrary to US claims that China will not attack Taiwan. Taiwan cannot protect itself from China in conventional weapons war. Only a nuclear deterrent can prevent Chinese misadventure. Currently Taiwan does not possess nukes. In the evolving situation Taiwan might opt to go nuclear. Balance of power will then shift dramatically in favour of Taiwan.

But the most vulnerable ‘hot spot’ in the world currently is Ukraine. Russian troops have been in close proximity of Ukranian border ever since 2014, when Russia occupied the Cremian Peninsula. Although Russia vehemently denies presence of Russian troops in eastern Ukraine. Russian envoy Polyansky has stated “We have the right to concentrate our troops wherever we want. This is not Ukrainian territory. This is Russian territory”.

Ukraine-Russia standoff is likely to take turn for worse should Ukraine be invited to join NATO. Russia-Ukraine war, if it happens, will be few thousand kilometers away from India geographically but escalation will have a direct effect on Indian Military’s Op Preparedness. Both countries provide Indian military a range of weapons. Without their continued support operational capability of Indian Military will be seriously compromised. After the Russia-Ukraine face off in 2014, which resulted in Russia annexing Crimean peninsula, the technical cooperation between two countries became nearly non-existent. This resulted in Russia failing to meet its commitments towards maintaining and modernizing Russian equipment already in use by Indian Military.

During past 15 years Ukraine has become a vital partner and is involved in modernization, upgrade and repairs of erstwhile Russian equipment. One of the most important Indo-Ukraine cooperation was in upgrading AN-32 fleet.

Currently nearly all ‘big ticket’ platforms of all three Services is of Russian origin. Indian decision to sign contracts with Ukraine for maintenance and repairs is causing huge revenue losses to Russia.

In fact in real terms Ukraine has emerged as the fourth largest defence partner of India, behind Russia, Israel and USA Major portion of Indian revenue flowing to Ukraine would have actually gone to Russia. Ukraine and India are involved in a very large number of small and big contracts. Few major contracts on the anvil already are;

Increasing volumes of Indo-US partnership in acquisition of US equipment is yet another area of concern for Russia. Nearly USD 20 Billion worth of US equipment has already arrived/is in pipeline. However India, too, has concerns due to developing Russia-Pakistan relations, which have/may result in Russia supplying military hardware to Pakistan.

A pragmatic assessment of Indian Military equipment will unquestionably conclude that India cannot shift its „weapons basket‟ from Russia in foreseeable future for at least three decades i.e. 2050 A.D. Our dependence on imports will continue to increase until we produce big ticket platforms and weapon systems indigeneously. Our current capability does not promise anything worthwhile at least till 2035 A.D.

Russia is not particularly pleased with India backing out of Su-57 project. A commendable decision by IAF and political leadership! However Russia is unlikely to ‘ALLOW’ IAF to go ahead with purchase of any western fighter viz F-21, Gripen, F-35 etc. Russia must be trying to coerce India into acquiring the yet unproven and non operational fighter ‘CHECKMATE’. Very little performance data is available from open sources about the capability of this machine. But the purchase of 114 fighters for IAF will be governed not by operational capability of machine but by the ongoing political slugfest internationally.

Russians losing out Indian market is an inconceivable happening. China has already moved away from Russia and in some spheres viz space, ASAT weapons, Hypersonic vehicles is well ahead of Russia. Erstwhile East European market also has dried up for Russian equipment. Hence India remains the only major defence partner.

Irrespective of the outcome of Russia-Ukraine war, if it happens, India will, almost certainly, lose out in strategic terms. Russia will not allow Ukraine joining NATO without a fight.

2 thoughts on “Likely Russian Misadventure in Ukraine: Implications for India”