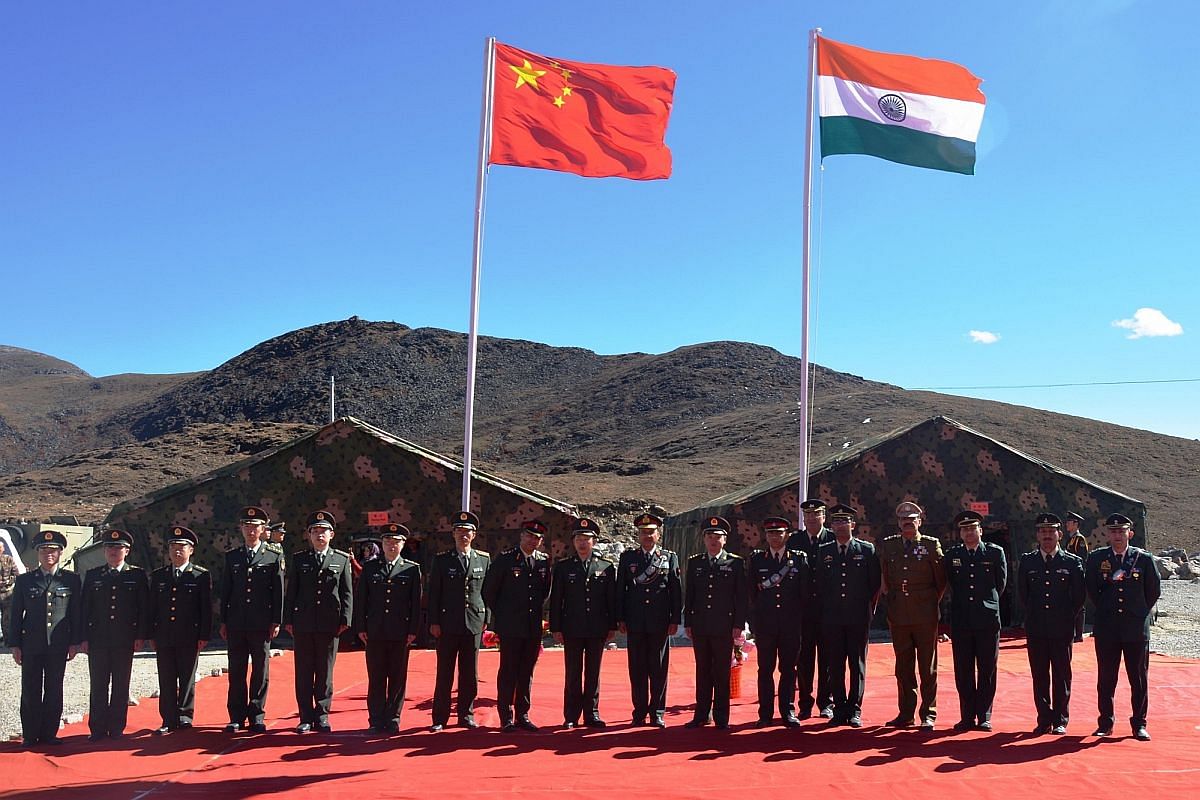 Many views are being expressed regarding the disengagement of Indian army and Peoples Liberation Army [PLA] from Gogra Heights-Hot Springs area near Patrolling Point-15 [PP 15] in Eastern Ladakh. While hawks see this move as a retrograde step that’s impinging on India’s territorial integrity, the fact of the matter is that this disengagement does by no means tantamount to the renouncement of India’s claim line. Conversely, since it was the PLA that unilaterally occupied this area claiming that PP 15 is part of its territory, Beijing’s decision to ‘disengage’ is an unambiguous admission that its assertion lacks credibility.

While examining events unfolding in Ladakh in isolation and drawing hasty inferences thereupon may excite those who revel in sensationalism, this trend in effect, results in one missing the wood for the trees. Consequently, a skewed narrative emerges, which only helps Beijing. This is evident from the fact that ‘The Global Times’tabloid newspaper, which is the Chinese Communist Party’s official mouthpiece that has been desperately trying to do exactly this.

Readers would recall that it was the unilateral attempt by PLA to unilaterally change status quo on the Line of Actual Control [LAC] in May 2020 that created several “friction points” in Eastern Ladakh. However, an article by one Liu Zongi carried by Global Times on September 15, 2020, attempts to obfuscate the reality by a suggesting that the crisis in Ladakh is the consequence of India’s “border belligerence.” This fallacious theme is being generously peddled through several pieces that appear in Global Times with astounding regularity.

In its September 24 Editorial, Global Times has gone as far as attempting to sow seeds of dissension within Indians by stating, “Whenever relations between the two countries [India and China] go wrong, radical forces [in India] gain the upper hand, and on the other, there have always been evil forces that do not want to see China and India get close.” This dodgy contention could also be an endeavour on Beijing’s part to pacify its domestic audience by shifting the blame for the current in Eastern Ladakh crisis on New Delhi.

While disengagement from the area of PP 15 may not exactly qualify as a diplomatic victory, but it does reveal that PLA’s attempts to intimidate the Indian army have backfired. By its professional approach and dogged determination, the Indian army has effectively thwarted PLA’s nefarious designs without allowing the volatile situation to go out of hand. While the Indian army responded paid back PLA’s unprovoked attack on personnel in Galwan in the same coin, it showed exemplary restraint and didn’t allow the situation to escalate, and this was not a sign of weakness.

When PLA continued its build-up in areas North of Pangong Tso, Indian army, in a lightening move occupied the strategic Kailash Range, forcing PLA to dismantle its illegal infrastructure. This incident not only demonstrated Indian army’s firm resolve but with the inhabitants of Chushul Village coming out voluntarily to shift ammunition and rations required by troops positioned on those foreboding heights, showcased the strong bond that exists between Indian army and locals.

Quoting “senior government sources,”news agency ANI has revealed “that the Chinese side “wanted de-escalation too, along with the disengagement from the PP-15 area but India is not in a hurry to de-escalate the situation in the eastern Ladakh sector where the two sides have continued to maintain over 50,000 troops facing each other.” Needless to say, it’s the unmatched professional competence, intrinsic strength and consummated dedication of the Indian army that has facilitated New Delhi’s no-nonsense stance in Eastern Ladakh.

So, even though the disengagement process in Eastern Ladakh has been completed, the Indian army is not letting down its guard and despite the harsh climatic conditions and difficult terrain, it remains well poised and ever ready to face and decisively frustrate any misadventure by the PLA. This is certainly not what Beijing had wagered for and hence, while it may be putting up a brave face, it’s clear that that China’s self-created myth of PLA’s invincibility has been exposed.

Why else would Global Times in its Editorial of September 24 conclude on a rather unusually reconciliatory note that read, “We also have confidence in New Delhi’s political wisdom and strategic sobriety, and believe that China and India will find a way of coexistence and accommodating divergent views”?