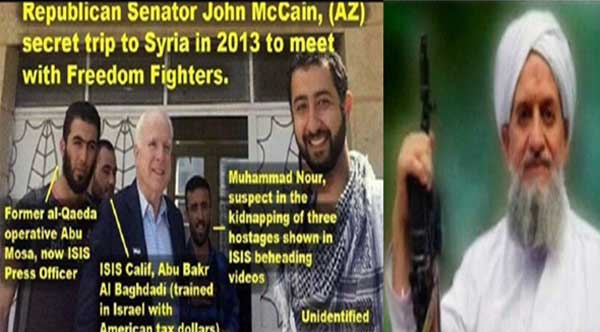 The killing of Al Qaeda leader Ayman al-Zawahiri in Sherpur, Kabul’s neighbourhood, by a US drone strike on July 31 using a Hellfire R9X missile made headline news. The Hellfire R9X has no explosive and has no collateral damage; just 45 kgs of metal with blades opening close to the target for the kill. Zawahiri had a reward of US$25 million on his head. The POTUS Joe Biden says justice has been done. Zawahiri was accused of coordinating the 9/11 attacks in the US that killed 3,000 people.

The US had earlier used the Hellfire R9X missile half a dozen times to kill high-value targets in Libya, Syria, Iraq, Yemen and Somalia, including killing Ahmad Hasan Abu Khayr al-Masri (deputy of Zawahiri) in February 2017 and Jamal al-Badawi (Yemeni involved in the bombing of USS Cole) in January 2019. Jamal al-Badawi was killed travelling in a Kia sedan in Syria’s Idlib Province when the Hellfire missile penetrated the roof of his vehicle.

Al Qaeda has vowed revenge for the assassination of Zawahiri. Abdul Salam Hanafi, Second Deputy Prime Minister of Taliban’s Afghanistan government slammed the US for violated Afghanistan’s sovereignty and the Doha Agreement saying, “These issues are still unclear to us, the only thing we know for sure is that a drone attack has taken place, which is against international law and the Doha Agreement. The Islamic Emirate’s policy, which has been repeatedly stated to the people, is that our soil is not used against our neighbours.” The US says the Taliban have not kept the word for not permitting Afghan soil for terrorism.

The following is already in the public domain:

•  The US supported the rise of ISIS, trained and armed in Turkey, which is a NATO member.

•  The CIA was airdropping arms and ammunition for ISIS and Al Qaeda in Iraq-Syria for operations to topple the Syrian regime of President Bashar al-Assad.

•  Before the Doha Agreement, even the Donald Trump administration invited the Taliban for talks in the US which was cancelled last minute.

•  The US was aware that Pakistan raised a brigade-sized force of Islamic State of Khorasan (ISKP) comprising Afghan Taliban, Tehrik-e-Taliban Pakistan (TTP) and cadres of Pakistan-based terrorist organizations, later pushing them into Afghanistan.

•  ISIS cadres from Iraq-Syria were moved to northern Afghanistan by US-NATO via Pakistan to threaten Russian forces in Tajikistan and Chinese construction activity in the Wakhan Corridor.

•  Photographic evidence is available of US Special Forces operating with ISIS/ISKP in Afghanistan.

•  The US was aware that Zawahiri had proclaimed support to the Taliban more than a decade back.

•  The US was also fully aware that Al Qaeda and ISIS/ISKP were present in Afghanistan and linked with the Taliban at the time of signing the Doha Agreement. The endorsement that the Afghan territory will not be used for terrorism was a farce to permit the US forces to ‘cut and run’.

•  To-date the CIA and Pakistan’s ISI continue as bedfellows.

The US has been using terrorist organizations to further its national interest, but killing specific terrorist leaders when found politically advantageous and/or when the CIA decided they had outlived their utility. The ISIS leader Abu Bakr al-Baghdadi is one such example. Same appears to be the case of Ayman al-Zawahiri. Osama bin-Laden and Ayman al-Zawahiri were 54 and 71 years old respectively when killed. The reason why the US took 10 years to trace and kill Osama bin-Laden and thereafter 11 years to take out Zawahiri is pretty obvious; Pakistan’s double game.

Osama bin-Laden was the Pakistani army’s guest lodged in a safe house in Abbotabad under protection of the Haqqani Network – front organization of the ISI. Zawahiri was killed in the compound of the house owned by a top aide of Sirajuddin Haqqani, first deputy leader of the Islamic Emirate of Afghanistan since 2016 and after the  fall of Kabul in 2021 de facto first deputy head of the Taliban Government of Afghanistan.

There is speculation about how the US discovered the location of Ayman al-Zawahiri in Sherpur? Here also the finger points at Pakistan or rather Army Chief General QJ Bajwa. The possible reasons are two: first, Bajwa’s extended tenure as army chief expires on November 29, 2022 and the Shehbaz regime has indicated his  successor would be announced soon – Bajwa could be planning another  extension or a coup with US support, and; second, Bajwa wants to project himself as the messiah of Pakistan in an economic crisis – by securing an IMF loan.

Bajwa recently spoke to US Deputy Secretary of State Wendy Sherman for grant of an early $1.2 billion loan to pull Pakistan out of the economic mess. The IMF has approved a US$ 1.2 billion loan to Pakistan but with the caveat that Pakistan should “timely” secure adequate assurances from friendly countries in order to tackle the widening financial gap. Possibly Bajwa decided to trade Jawahiri’s location with the US in exchange for an early IMF loan and support for his personal ambition (s). Killing Jawahiri helps check the downturn in Joe Biden’s ratings together with his Taiwan Card.

The ISI perhaps appreciated the loss of 71 year old Jawahiri, who was not even involved in daily tactical al-Qaida planning, would not affect much and the next Al Qaeda leader would be in place soon.  Incidentally, Zamir Kabulov, head of Russia’s Foreign Ministry’s Second Asian Dept, says that the strength of Islamic State in Afghanistan has increased three times to 6000 since Taliban came to power. Some reports also indicate 50 Uyghur militants from IS have joined ETIM.

The Taliban are cutting through the Pakistan-erected fence along the Durand Line, thousands of armed TTP cadres are waiting to enter Pakistan and with increasing instability in Khyber Pakhtunkhwa (KPK), where Pakistan is steadily losing control of territory. Bajwa may like to project that only he can save the situation. However, the major dilemma was duping the Haqqani Network that the whereabouts of Zawahiri were not compromised by Bajwa or the ISI. That is when fate intervened.

A Pakistani army helicopter on flood relief operations in  Balochistan crashed killing all six officers on board  including Lt Gen Sarfaraz Ali, Commander 12 Corps. The official statement attributed the crash to bad weather. The Baloch Raaji Aajoi Sangar (BRAS), umbrella organization of Baloch rebel groups, claimed they shot it down. But next day was a tweet by one Caryn E Gifford, supposedly a Level 2 Policy Advisor to US Ambassador to Pakistan, regretting the helicopter was “accidentally” shot down by a US tactical drone, the team is on the crash site, and the loss of Commander 12 Corps Lt. Gen. Sarfaraz Ali is mourned.

The above tweet is obviously fake; a poor attempt by the ISI to showcase they could not have compromised Jawahiri’s location when the US is shooting down Pakistani military helicopters. It is also possibly to deflect that the US drone that killed Jawahiri overflew Pakistani airspace. Finally, wouldn’t a US drone accidentally targeting a Pakistani army helicopter well inside Pakistani territory be a freakiest of freak incidents?