Kathua Rape: Beyond the Outrage 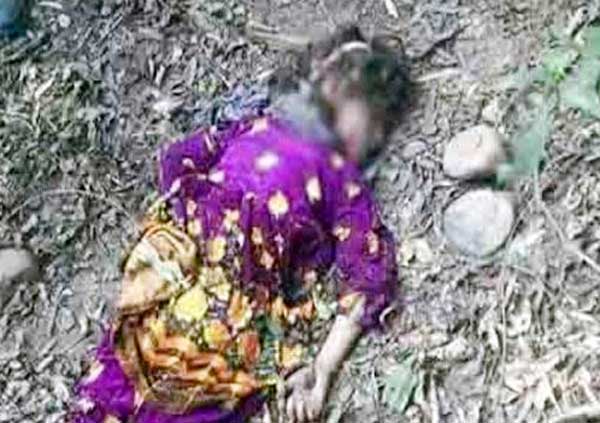 Kathua outrage is to demonise people of Jammu so that their protests against presence of Rohingyas and Bangladeshis in Jammu lack credibility.

The outrage is make people discuss the alleged rape and not the impact of the February 14, 2018 circular that instructs the police not to evict the Gujjars and Bakerwals from encroachment on forest lands and arrest them when found indulging in bovine smuggling.

A former BSF official said that already madrasas are cropping up for nomadic people and students are also coming from Valley, that too in the heart of Hindu majority villages.

Despite changing the investigation team thrice, the State has not been able to establish a case that can stand in court.

It was sad to read about the death and alleged rape of the eight year girl in Kathua district of Jammu and Kashmir (J&K). Losing a child is painful, this way even more. For this author rape of a child is a heinous crime for which there can be no rationale or justification, whatever the sense of injustice one may feel.

The past affects the present, more so in J&K where earlier wounds are yet to heal. Hence it is important to do a quick recap of events post the Pandit exodus of 1990.

In 1990 Kashmiri Pandits were, in the Valley, raped and killed. To hear Pandits speak of the nightmare see NDTV India program refer 1.

The state, esp. the Valley, has gone through periods of great turmoil and intermittent peace. According to ‘South Asian Terrorism Portal’ fatalities in terrorist violence during 1988-2018 were 44,599. 2

The state was ruled by Sunni Muslims, notably Abdullah and Mufti dynasties for most of the time when not under Governor’s rule.

It is an acknowledged fact that Kashmir Valley is favoured by successive State/Central governments and dominates government expenditure/jobs. The people of Jammu and Ladakh regions have been complaining of neglect and marginalization for decades.

At the same time Refugees from West Pakistan, essentially members of backward classes, have not been made PR of J&K so they cannot vote in state polls, own immovable property in the state, be employed by the State Government etc.To know how these refugees are suffering refer4. But, see how law is now twisted to accommodate Rohingya Muslims, 90% of them in Jammu.

In the last assembly elections, BJP won 25 seats from Jammu region and PDP 28 from Valley. They formed a coalition government in 2015.

Huma (name changed) belonged to the nomadic community Bakerwals. For such tribes Ghulam Nabi Azad passed the amended Roshni Act that was earlier enacted by Farooq Abdullah in 2001. The Jammu & Kashmir High Court stayed implementation of this Act.

On February 14 2018 the Tribal Affairs Department, chaired by the Chief Minister passed an order asking District Collectors of Jammu, Kathua, Samba and Udhampur not to disturb the tribal population and instructed police not to lend support to civil authorities for eviction of tribal population occupying State/Forest land. It also instructed the police not to act against bovine smugglers under Section 188 of the Ranbir Penal Code.(Note J&K is governed by RBC and not Indian Penal Code).

Realizing that the order made Hindus and Sikhs insecure, BJP general secretary Ram Madhav said, “The directive (of tribal affairs department) must be withdrawn”. The Times of India April 15.

By asking the police not to arrest bovine smugglers, the border could become similar to West Bengal’s border with Bangladesh where smuggling is rampant.

Question is why are Hindus and Sikhs feeling insecure?

Having cleansed the Valley of Kashmiri Pandits and creation of Sidhraa, Bathindi and Narwal areas outside Jammu occupied by Kashmiri Muslims, the Hindu and Sikh minority is very sensitive to any attempt to change demographics? See table below.

Change in demography vs. change in voters (Numbers in Lakhs) - CLICK to enlarge

Between 2001 and 2011 difference in increase in population of Kashmir and Jammu was 4%. However, between 2002 and 2014 the number of voters in Kashmir increased by 5.67 lakhs but was 1.4 lakhs in Jammu. This steep increase in number of voters has raised eyebrows. To read ‘Truth behind Census 2011 numbers’ refer 5.

Given the above, illegal Rohingyas and Bangladeshis around Jammu and the tribal notification giving illegal protection to Gujjars and Bakerwals from eviction and encroachment, have forced people of Jammu to protest.

For anyone to suggest that this therefore justifies the rape — is abhorrent.

With this background here is a quick snapshot of events.

Today, the threat to J&K is as much from within as it is from Pakistan.

Huma’s (name changed) went missing on January 10. Her body was recovered from the forests near Rassana village on January 17. Her death made national headlines nearly three months later.

According to a January 19 report in Greaterkashmir.com a fifteen year old boy was arrested for murdering Huma, a crime he confessed to. Minister for Revenue & Parliamentary Affairs, Abdul Rehman Veeri is quoted in the report as saying that he kidnapped the girl, put her in a nearby cowshed at village Rassana where he attempted to rape her and when she resisted, he killed her by way of strangulation.http://www.greaterkashmir.com/news/jammu/15-year-old-boy-accused-of-murdering-kathua-girl-arrested-govt/272787.html

What about the investigation?

A respected paper of Jammu, The Daily Excelsior, wrote in a April 15 editorial, “After initial cover up by local police when social media of Kashmir took the issue in big way to project it as hate crime to divide society, the Govt meekly surrendered and directed constitution of SIT by Crime Branch and then persons put in the team fully exposed what was the desire— to appease media and separatists in Kashmir. Prominent amongst members of SIT is a police officer who was involved in raping a girl of minority community and killing her brother in custody in Thathri about a decade back. Crime Branch team coming and harassing the whole village led to mass unrest in people and they demanded that investigation should be done fairly.” 6

“None defended the culprits though. Demand of impartial investigation gathered momentum and overnight civil society constituted team named Hindu Ekta Manch which put demand for CBI enquiry instead of Crime Branch for whom there was large scale mistrust.”6

Despite changing the investigation team thrice, the State has not been able to establish a case that can stand in court. Well known activist Sushil Pandit wrote in the Sunday Guardian, “Barely a week into the case, the investigation is taken away from the SHO Hiranagar, Suresh Gautam. A Special Investigation Team is constituted under Additional SP Adil of Samba. Barely 10 days into the investigation, this team is relieved of the case. Now the case is handed over to the Crime Branch to investigate.”7

Separatists have used the rape issue to divert national attention from land grabbing in Jammu, demographic change and presence of Rohingyas / Bangladeshis.

Since people do not trust the state police they have asked for a CBI probe.

According to a February 28 report, “15 Hindu families from Rassana village in Jammu’s Kathua district decided to flee their homes on Tuesday, over allegations the Jammu and Kashmir police’s crime department was harassing and torturing their children.” http://www.opindia.com/2018/02/hindus-flee-jammu-village-torture-harassment-children-by-police-exodus/

Exodus is exactly what the masterminds want. It enables Rohingyas/Bangladeshis/nomadic tribes/land mafia/separatists to occupy vacated land. No one dare ask them vacate government /forest land.

What did the Chief Minister do?

The Daily Excelsior editorial said, “Matter was taken to Chief Minister but she never wanted to annoy her core constituency, so she shot down the proposal. In the meanwhile sensing reaction of people, Crime Branch got petition filed by victim’s family before High Court for monitoring so as to block the Government from referring the matter to CBI.”6

To jog your memory earlier two Shopian Women who accidentally fell into river were declared rape victims of Indian Security forces. A subsequent CBI enquiry revealed that the Medical report was fabricated by doctor in cahoots with separatist leader to intensify anti India protests.

What happens if separatists and anti-India forces occupy border areas?

When security forces deal with cross-border firing or terrorists they know local population is on their side. If not they will face in Jammu what they are facing in the Valley today. Fight the enemy in front, be attacked by stone pelters from behind. Read ‘Stone pelters thwart army operations, allow militants to slip away’ ref 9.

A BSF officer, now retired, last posted in the area spoke on the condition of anonymity, “There is a lot of resentment among the locals against the Bakarwal/Gujjar settlements which has more or less become permanent. Secondly, they are better represented politically and that makes them more assertive. In the past also they have raked up minor issues out of proportion.”

He added that the area could become a nightmare for security forces because “Already madrasas are cropping up for nomadic people and students are also coming from Valley, that too in the heart of Hindu majority villages.”

A separatist friendly border population might also encourage smuggling of drugs into Jammu. These would be used to lure Jammu youth and ruin their lives just as we have seen in Punjab for years.

Today, the threat to J&K is as much from within as it is from Pakistan.

Separatists have used the rape issue to divert national attention from land grabbing in Jammu, demographic change and presence of Rohingyas / Bangladeshis.

Another matter of national interest was coverage of Huma’s rape in the media. It might make a reader believe it was India’s first rape just like post Godhra riots were portrayed as India’s first riot.

The questions that emerge are –

•  Have rapes involving other communities made similar headlines.

Taking question two, did these rapes in Assam and Kerala make national headlines?

•  Assam March 2018: A 13 year old girl was gang-raped and subsequently set on fire by a group of criminals led by Zakir Hussain. The girl later died of severe burns.

During NDA 1 Hindus were blamed for rape of nuns in Jhabua Madhya Pradesh. When the country’s home minister released the list of criminals 12 of the accused were Christians. 8

The BJP government has once again failed to communicate its point of view effectively.

The confused messaging on filing of FIR against an Army Major and wanting the coalition to continue at any cost give an impression, even if not intended, that BJP believes the only way to peace in J&K is by appeasing the Valley.

The BJP must realize that the overwhelming mandate in 2014 was to correct civilizational distortions, change the narrative and not focus on development alone.

3.Who is a Permanent Resident?

4.How are West Pakistan refugees suffering?

7. Anatomy of a Concoction https://www.sundayguardianlive.com/opinion/anatomy-of-a-concoction