Kashmiri Separatists Enjoy the Best of Both Worlds 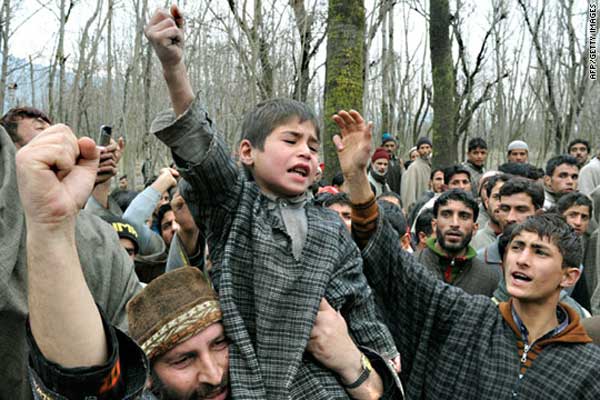 Lashkar-e-Toiba (LeT) and Jaish-e-Muhammad (JeM), the main two militant organisations in Pakistan who provide ISI’s cutting edge to the Pakistan-sponsored proxy war in Kashmir have, of late, suffered heavy casualties at the hands of security forces in the Valley. What is, however, of significance, is the killing of two prominent militants, one each of LeT and JeM, which made headlines recently.

The first one was Talha Rashid, a Jaish militant who was killed in an encounter with the security forces on 7 November in Pulwama district of south Kashmir and the other one was Owaid, a LeT militant, who was killed in Chandergir in Bandipora district, on 18 November 2017.

The former was the nephew of Jaish Chief, Maulana Masood Azhar and the second one was the nephew of LeT Commander and Mumbai mastermind, Zakir-ur Rehman Lakhvi. These killings prove one thing conclusively; the top guns of most notorious militant organisations in Pakistan, do believe in walking the talk, in that, they do not hesitate to send their own children in the line of fire, like any other militant whom they train to launch jihad in Kashmir.

Now, compare their actions with the separatist leaders of Kashmir, who have rarely sent their children to fight for whatever ‘cause’ they espouse. Setting personal example by a leader is one of the most important attributes of a leader. This alone proves that a leader is prepared to do what he expects or exhorts others to do. The greatest leaders of the world, from Abraham Lincoln to Nelson Mandela and from Gandhi to Mao Tse Tung lived a life that itself became an example for others to follow. On the other hand Kashmiri separatist leaders have, over the years, sent thousands to death, but kept themselves and their kith and kin away from harm. They expect others to follow their diktat, but won’t apply the same to themselves or to their children or to their relatives. On the other hand, they have fattened themselves on the miseries of the people, brought about by their espousal of violent jihad.

Most of the children and relatives of separatist leaders live far away from the chaotic Valley, which the separatist leaders set on fire in 1989; a fire that still rages unabated. Their children do not form part of any protest launched by stone pelters, nor do they face bullets. In fact, the Chief Minister, Ms Mehbooba Mufti herself has on many occasions pointed a finger at the separatists for keeping their children in safe havens, while handing over stones to poor/helpless children.

It is well known that Syed Ali Shah Geelani, the most prominent separatist leader, spends his winters in Delhi to avoid the harsh cold of the Valley, for whose merger with Pakistan, he is ‘fighting’. His eldest son, Nayeem, and his wife, are both doctors. They lived in Pakistan for a long time. Nayeem had an option to apply for a citizenship of Pakistan, which it is believed, Pakistan was prepared to grant him. But he refused it. They came back to India on the expiry of their visa and finally went to Dubai, where they presently live. Geelani’s second son, Zahoor, lives in Delhi with his family. Zahoor’s son Izhaar, was working as a crew member of a private airline, Spice Jet in India and is now settled in Dubai. Geelani’s daughter Farhat is a teacher in Jeddah, and is married to an engineer.

Similarly, Hizbul Mujahideen Chief, Syed Salahuddin, who lives in Pakistan under the security cover of ISI and who, as the Chief of Jihad Council, has been running the insurgency in Kashmir since 1994, has ensured that his own children are kept away from danger. His oldest son, Shakeel Yousuf works as medical assistant in Srinagar.His second son, Javed Yousf, works in the education department of Jammu and Kashmir Government.His third son, Shahid Yousf, was doing research in 2010 at Sher-e-Kashmir University of Agricultural Science and Technology, Srinagar. Salahuddin’s fourth son, Wahid Yousf, is a doctor and the youngest, Mueed Yousf, is an engineer. His elder daughter Naseema, is a government teacher in Kashmir and younger daughter Akthara is an arts teacher. None of his sons or daughters are in any way participating in “Jihad” In Kashmir.

Take the case of Asiya Andrabi, the Dukhtarna-e-Millat Chief; her supporters call her “the loin lady” and she has two sons Muhammad bin Qasim and Ahmed bin Qasim. Her elder son lives in Australia, pursuing M.Tech degree, and her younger son never formed the gang of stone pelters in Srinagar. Despite waging war against India, she sends her son abroad for higher studies on an Indian passport.

In the case of Masarat Alam, Chairman, Muslim League, Geelani’s heir apparent, the story is no different.both his sons are in New Delhi. Considered the “hero” by the stone pelting youth, he too has kept his sons away at a safe distance from Kashmir where he is exhorting everyone to join the “noble cause” of waging “Jihad”.

Mirwaiz Umar Farooq spearheads one of the main factions of the All Parties Hurriyat Conference. In 2002, he married Sheeba Masoodi,a doctor by profession, is an American citizen settled in Buffalo.She eventually acquired US green card for him.

There are many such leaders who are hell-bent on turning Kashmir into a graveyard, but only if their own kith and kin do not have to be buried in Kashmir’s graves. Farida Behenji, the chairperson of Jammu and Kashmir Mass Movement is also one among them. Her son, Ruma Maqbool, is a doctor by profession and is well settled in South Africa, leading a secure and posh life, away from Kashmir, which has been turned into a hell by his mother’s call for lunching “Jihad”.

Another bright ‘star’ in the firmament of these destroyers of peace is Muhammad Ashraf Sehrai, a strong voice in Hurriyat Conference and a likely successor of Geelani. Sehrai is actually from Pakistan. His son Abid studied computer engineering and is now settled in Dubai.

Another separatist leader, Nayeem Khan of National Front, is well taken care of by his wife, Dr Hameeda Nayeem, who is Professor and Head of the Department (HOD) English, at Kashmir University.

Ayaz Akbar another luminary of Hurriyat Conference has a son, Sarwar Yakub, who did MBA from Pune and is settled outside Kashmir.

Abdul Aziz Dar, also known as General Musa has two sons. Elder one is a State government employee in Kashmir and the younger one, after studying Computer Applications in Pakistan, is settled there. While Dar was playing a crucial role in instigating and sustaining stone pelting in Kashmir in 2010, his sons were living a safe and cushy life, far away from the land where “Jihad” was on.

There are far too many open secrets about the separatists floating in the State. For example, it is widely believed that Yasin Malik and Shabir Shah have acquired huge properties /assets in and around Lal Chowk in Srinagar. As is well known the area is prime real estate site in the whole of the State.

It is no wonder that most of the separatist leaders have lost their credibility because they have failed to walk the talk and have enjoyed the best of both worlds.

2 thoughts on “Kashmiri Separatists Enjoy the Best of Both Worlds”