Home  >  News  > Homeland Security  >  Kashmir Killings: What is to be done now!

Kashmir Killings: What is to be done now! 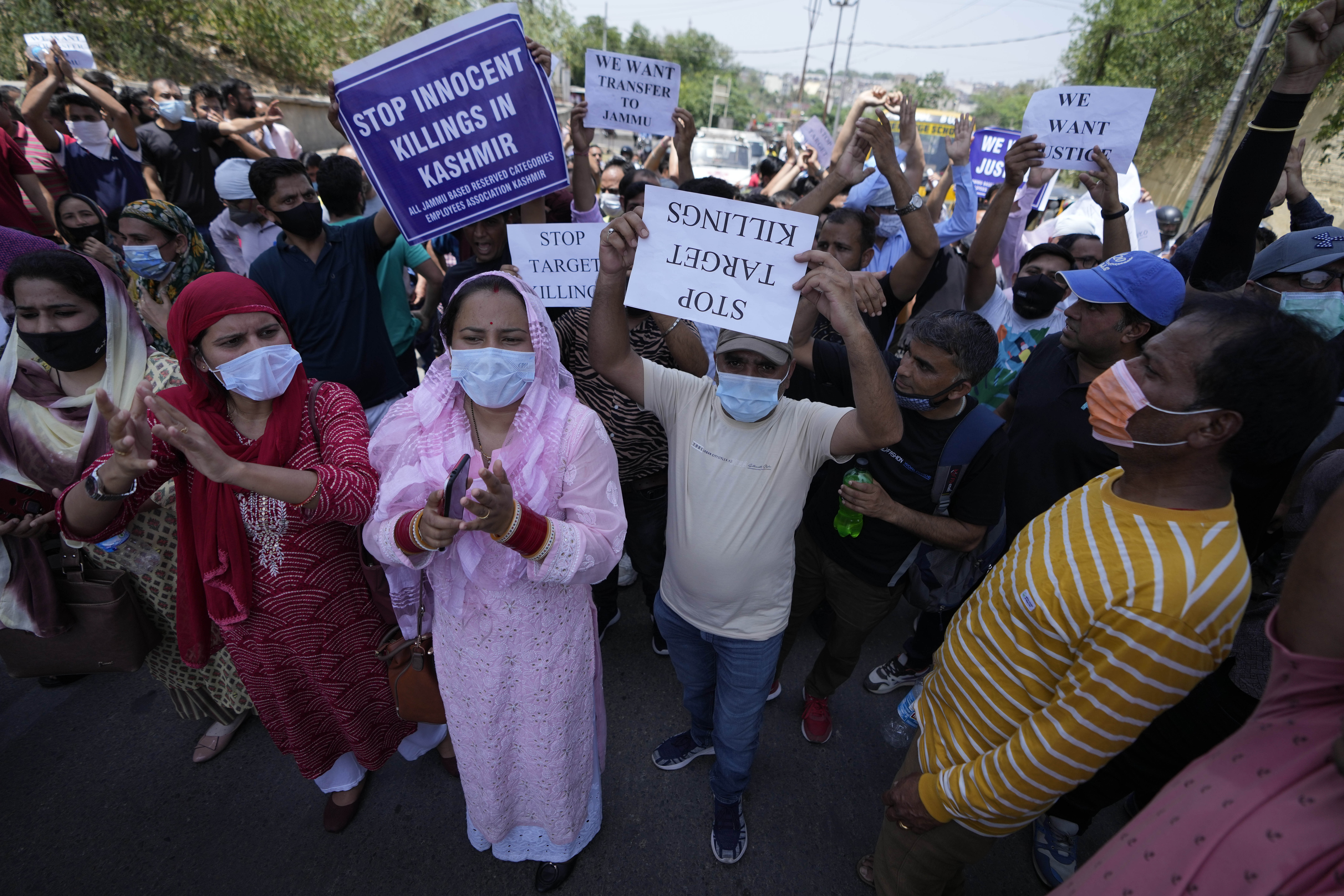 The selective killings of Hindus and pro India Muslims in the valley are a reminder that war declared on us is not over yet. Right at the outset it must be clearly understood that what the terrorists aim at (how so ever improbable it may sound) nothing short of destruction of India as we know it. No war can ever be won with purely defensive strategy. Basic Indian approach in this war was defensive and reactive till 2014. Ever since then the external component of it has been pro-active. We have not hesitated to hit at the terror launchpads and camps across the border. But in the approach to internal dimension, we have been repeating the ‘mantra’ of winning the hearts and minds of people with economic development and good governance as the main tools. At the local level we seem to still practice anti-terror passive strategy as opposed to counter terror. The strategy relies on surveillance, guards at sensitive locations etc. Essentially a ‘chowkidar’ approach. Offensive action is generally post incident hunting down of perpetrators. For a long time, we even denied that any Indian could be a terrorist. All our actions from increased patrolling of land and sea borders, border fencing, investigation teams, installation of cctv’s and more and more police posts, are all measures that can be classed under ‘Anti Terror’ with very little or no ‘Counter terror’ component. It is like a doctor who tells a patient that he only specialises in ‘Post mortems’ and can neither cure nor prevent the patient from illness.

Armed forces who continue to spearhead the offensive part, both internally as well as across the border, have been heavily influenced by our experience in the North East, Nagaland and Mizoram. We have forgotten one crucial difference between North East and Kashmir and that is that throughout the two/three-decade old insurgency, there were ‘rules of game’ ie not deliberately targeting women, children or even doctors. This was an unwritten code of conduct and except for a brief period in Mizoram, non Mizo and non-military Indian citizens were neve targeted.

In Kashmir on the other hand, non-Muslims and poor migrant labour has been regularly targeted by the terrorists as ‘soft targets’ when it become difficult to confront the soldiers.

As some one intimately involved in the actions to counter Sikh militancy of 1980s and 90s, one is haunted by the spectre of repeating the same mistakes again and again. Let it be clearly understood that Khalistani movement ended when under KPS Gill and earlier under Julio Ribero, India followed a policy of ‘bullet for bullet’ and ruthless elimination of terrorists. We were helped by the fact that beginning in 1988, under Ms Benazir Bhutto, the Pakistan stopped its support to Kahlistani cause.

Today, it appears that under international compulsion and due to domestic turmoil, Pakistani official support to Jihadi elements has similarly dried up. Yet the warped ideology (?) of the terrorists is very much alive, both in India and Pakistan. Therefore it is unlikely that unless we take effective counter action, the Jihadi attacks in shape of targeted killings and bomb blasts will continue.

It has been repeated over several decades now that Indian approach to deal with the terror threat is basically reactive and post event rather than pre-emptive. Claims have been made that in last decade or so, many terror attacks have been disrupted or prevented. But unlike either UK or the USA, one has not heard of a single case of plotters being brought to justice. The singular aim of any counter terror strategy should be to prevent terror attacks and not catch/kill the terrorists after the act.

There are two clear aspects to the threat- human and material. It is extremely difficult to spot and neutralise terrorist cells as these are not ordinary criminals but use the cloak of religion or ideology to gain support and sympathy. The flow of men/women with evil intentions form neighbouring countries is the first issue that needs to be tackled. To a large extent the fencing of the Western border has succeeded in blocking this route.

Nepal and to some extent Sri Lanka, have emerged as the new transit routes for terrorists. The problem is particularly difficult in case of Nepal since we have an open border with that country. It is therefore mandatory that the ingress point to Nepal on the Tibet border and at Kathmandu airfield be jointly manned or a close co-ordination with Nepalese immigration authorities be established. In case of Sri Lanka, the problem emerged only due to neglect and similar co-operation with Sri Lankans be established. In case of Bangladesh, the border fencing should be expedited and vigil be maintained in all the border districts.

If it is understood that the terror campaign against India is aimed at the destabilisation of the country, it is akin to waging war against the state. Since the terrorists believe in ‘Total War’, the counter to this must involve not just the police or the security forces but the Citizens at large.

It is an unfortunate fact that large segment of civil society in Kashmir valley aids and abets the terrorist in their acts of targeted killing. It is time the over ground sympathisers and supporters are made to pay a price for this support. The price could be economic hardship, restriction on movement, deprivation of fuel/electricity in the ‘hostile’ area. In the extreme form the supporters may well be made to pay the ultimate price, not just the perpetrators. It is only creation of this counter terror that can prevent targeted killings. These measures need not be for long period but on/off basis based on local behaviour and at village level, selectively.

In Kashmir valley the two elements of conflict, counter insurgency and counter terror need to be clearly separated. With the former being with the Armed forces while the latter is dealt by intelligence agencies and their covert operations division. This is a universal practice. In Northern Ireland the British created UDL or Ulster Defense League, a Protestant outfit, that operated outside the pale of law, to counter terrorist acts of IRA (Irish Republican Army). In Manipur we had ‘Poiroi Liberation Front, to do similar operations. In Kashmir  in 1990s we had the Ikhwanis led by Kuka Parray. But due to woolly headed PM IS Gujral, we dismantled our networks and failed to protect Kuka Parray, who was assassinated by the Pak backed terrorists.

It is time we made a distinction between a local militant/insurgent who fights the armed forces and targets them and a terrorist who targets a purely civilian and unrelated target. While an insurgent could be dealt as a combatant, howsoever misguided, the persons who target ‘soft’ targets and their family and sympathisers be dealt with more severely.

A message has to go the Kashmiris that even in an insurgency, there are ‘rules of the game’ and deliberate targeting of unconnected civilians will elicit similar response. Once families and supporters of terrorists also begin to pay the price, targeted killing will stop.

Ultimately, we can only stop the targeted killing by draining the swamp of supporters through counter terror. Expecting economic measures to yield the same results is like expecting to cure cancer with anti-biotics where a drastic surgery is needed. But for that India has to give up the policy of replicating tactics that  succeeded in Nagaland and Mizoram and create internal counter terror to deal with terror.