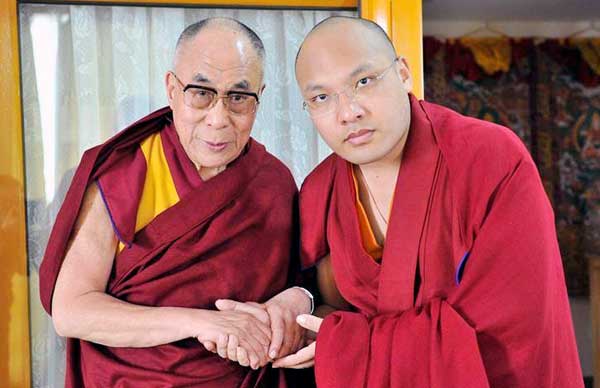 In a recent statement of the 17th Karmapa, Ogyen Trinley Dorje (OTD), seen as the most influential Tibetan Buddhist religious leader after the Dalai Lama from New York conveyed to the Government of India that he is unhappy over “restraints” on his travel and monitoring of his activities at all times by intelligence agencies of India. He further declared that he has neither interest nor indulges in any politics. This has resulted in sudden challenges to the Government of India on India’s Tibet strategy though Karmapa’s controversy is going on since his arrival here from China since 2000.

In February 2011, OTD was accused of being a Chinese spy by officials of the government of India in Himachal Pradesh, due to the fact that $1 million cash was found in his Gyuto monastery near Dharamshala, part of it was in Chinese Yuan. The Chinese government had earlier recognized OTD as “the first reincarnated Living Buddha confirmed and approved by the Central Government of the People’s Republic of China after the peaceful liberation of Tibet in 1951,” which is in itself unusual since the Chinese government is secular, Communist and has previously denied reincarnation. However, in March 2011, the Indian government stated that the funds found in Karmapa’s possession were legitimate donations, and released some of the travel restrictions on OTD, allowing him to travel out of Dharamshala except Rumtek monastery in Gangtok, Sikkim. This seems to be the biggest mistake on the part of the GOI because thorough security clearance should have been carried out by the Indian intelligence agencies before allowing him to travel at various sensitive areas in India and abroad especially Southeast Asia because of his doubtful antecedents.

Though the Karmapa OTD – who fled from China to India in dramatic circumstances in 2000 – does not spell out clearly, his discontent seems linked to his reluctance to return to India from his US visit in May last year. He has pitched camp in New York where he meets his followers amid public engagements. It is believed that he has sought US asylum too. His differences with the Indian government have lingered despite suspicions having ebbed over time that flight to India was “facilitated” by the Chinese to give him recognition as a famous religious figure of Tibetan Buddhist of Kagyu lineage so that he gets an international salience.

Though OTD recently declared that he would return to India in November 2018; perhaps after attending the world Hindu conference in Chicago next month, a commemoration of the 1893 “parliament of world religions” addressed by Swami Vivekananda, however, his long absence from India is creating doubts among the thinkers about his intentions.

On his part, the Karmapa has made it clear that he is chafing over being supervised at all times when in India. He needs permission to address his followers from Gyuto Monastery near Dharamshala freely and be allowed to travel anywhere in India and Southeast Asia without any restrictions.

The recognition of the Seventeenth Karmapa, the head of the Karma Kagyu sect of Tibetan Buddhism, has been the subject of controversy. Since the death of the sixteenth Karmapa, Rangjung Rigpe Dorje, in 1981, two candidates have been put forward: OTD(born 1985) and Trinley Thaye Dorje (born 1983). Both have already been enthroned as 17th Karmapa, and both independently have been performing ceremonial duties in the role of Karmapa. They have not met each other, though both have expressed willingness and desire to meet. As one academic expert in the field testified in court, while the recognition of OTD “appears to have been accepted by a majority of Karma Kagyu monasteries and lamas, there remains a substantial minority of monasteries and lamas who have not accepted OTD as Karmapa. In particular, these include the Shamar Rinpoche, who historically has been the person most directly involved in the process of recognition.”

The Karmapa lineage is the most ancient tulku lineage in Tibetan Buddhism, predating the Dalai Lama lineage by more than two centuries. The lineage is an important one as the Karmapa is traditionally the head of the Karma Kagyu School.

Of the two 17th Karmapa, Situ Rinpoche and Gyaltsab Rinpoche have recognized OTD. In July 1992, both asked the Office of the Dalai Lama in Dharamshala to confirm their recognition. The 14th Dalai Lama confirmed the recognition of OTD. His recognition as the Karmapa is, in part, attributed to a dream he had of OTD’s birthplace. As stated by the Dalai Lama, in this dream he saw a valley at higher latitude with multiple streams and other features. Then, in the dream, a voice with no form or body said that this was the place the Karmapa was born. For the government of the People’s Republic of China, OTD is the 17th Karmapa.

Beru Khyentse Rinpoche holds a distinct minority view, saying he believes both Karmapas are legitimate. He states “it is possible that there can be two Karmapas in order to benefit sentient beings because the Karmapa can manifest in many different forms” and writes that the 14th Karmapa highlighted that “in many universes a hundred million Karmapas have manifested. The Karmapa is also the Buddha’s emanation, thus until all the thousand Buddha’s have come and their doctrine is not diminishing, my activity of the Karmapa emanations will not end.”

Control of Rumtek Monastery, which was the seat of the 16th Karmapa in exile, has been the subject of a legal contest. In 1961 the 16th Karmapa established the Karmapa Charitable Trust. OTD followers claimed that the trust was solely established for the sake of seeing to the welfare of the Karmapa’s followers, providing funds for the maintenance of the monastery, and for the monks’ medical fees, but that administration of the monastery was the responsibility of the Tsurphu Labrang. The Rumtek followers had undergonea chain fast for more than 600 days to facilitate OTD to visit and stay at Rumtek monastery but the GOI did not accede to their request, however allowed him to visit Sikkim except the Rumtek monastery for obvious reasons.

The case of management of the Rumtek monastery went right up to the Supreme Court of India. TheSupreme Court’s decision was the culmination of the case that the Karmapa Charitable Trust filed in 1998 to regain control of Rumtek monastery. In this decision, given in the case of Tsurphu Labrang vs. Karmapa Charitable Trust and Ors., announced in New Delhi on July 5, 2004, the court refused to hear the appeal of the Tsurphu Labrang, a group created by Gyaltsab Rinpoche and Tenzin Namgyal to represent the claims of followers of OTD to manage Rumtek in legal proceedings. The court rejected their Special Leave Petition to this effect. By thus refusing to interfere in the earlier decision of the Sikkim District Court and a subsequent confirmation by the High Court in New Delhi, the Supreme Court allowed the original decision to stand — meaning that the Tsurphu group had no legal claim to Rumtek, and that the Karmapa Charitable Trust was the only group recognized to manage the monastery.

According to both the official Shamarpa website and an official OTD website, he met with the Shamarpa in the Oberoi International Hotel in New Delhi on 9 January 2007. He had mentioned his desire to meet the Shamarpa, and requested Chokyi Nyima Rinpocheto arrange a personal meeting with him. The Shamarpa had declined the first invitation in 2005, which was received by telephone call from Drikung Chetsang Rinpoche, because to have accepted it “at that time would invite unwarranted suspicions from the Indian government upon himself.” According to Dawa Tsering, spokesperson for the administration of Shamar Rinpoche, “He was confident that this meeting would bring peace in the Kagyu School in general and thus help in flourishing Buddha Dharma. This meeting has created a basis to re-unite all in the Dharma Sangha. Therefore, such an initiative should be appreciated by all.”

In 2008 there were numerous speculations that OTD may become the successor of the Dalai Lama as Tibetan Buddhism’s representative but not as Dalai Lama till reincarnation.

According to the message of International Karma Kagyu Buddhist Organization published on www.karmapa-issue.org: “To underscore his willingness to be supportive, Shamar Rinpoche even provided the necessary help for OTD to obtain Indian government’s approval for his recent visit to the U.S., though at the same time maintaining the stance that Thrinlay Thaye Dorje is the traditional Karmapa.

The Dalai Lama and Shamar Rinpoche met on the 13th of August 2010 at the Dalai Lama’s residence to discuss ways of ending the controversy. Shamarpa wrote, “Although this matter is not easily resolved, since it is connected to the politics of China and India as well, with His Holiness Dalai Lama’s blessing and support I am confident that there will be an amicable solution, which will be beneficial for the Karma Kagyü lineage, as well as for Tibetan Buddhism in general.”

In March 2018 OTD published a video on his official YouTube. In the video he sets the course for a temporary break from his activities. He proclaims his personal doubt of being as skilled as the previous Karmapa and asks the community to reconcile the division of the Karma Kagyu Lineage.

On September 24 last year at Dharamshala in one of his prayer meetings the 14th Dalai Lama declared, “When I am about ninety I will consult the high Lamas of the Tibetan Buddhist traditions, the Tibetan public, and other concerned people who follow Tibetan Buddhism, and re-evaluate whether the institution of the Dalai Lama should continue or not. On that basis we will take a decision. If it is decided that the reincarnation of the Dalai Lama should continue and there is a need for the Fifteenth Dalai Lama to be recognized, responsibility for doing so will primarily rest on the concerned officers of the Dalai Lama’s Gaden Phodrang Trust. They should consult the various heads of the Tibetan Buddhist traditions and the reliable oath-bound Dharma Protectors who are linked inseparably to the lineage of the Dalai Lamas. They should seek advice and direction from these concerned beings and carry out the procedures of search and recognition in accordance with past tradition. I shall leave clear written instructions about this. Bear in mind that, apart from the reincarnation recognized through such legitimate methods, no recognition or acceptance should be given to a candidate chosen for political ends by anyone, including those in the People’s Republic of China”.

In view of the Dalai Lama’s declaration regarding reincarnation of the 15th Dalai Lama after at the age of 90 years the 14thDalai Lama should declare one of the Karmapa now as the real 17th Karmapa so that the Tibetan Buddhism teachings, art and culture are spread undisputed for the welfare of the unity and integrity of Tibetan Buddhists’ both in India and Tibet, China. At the same time the GOI must keep a strict watch and surveillance on OTD’s activities in India and abroad.