Kargil: Ours must live, enemy must die! 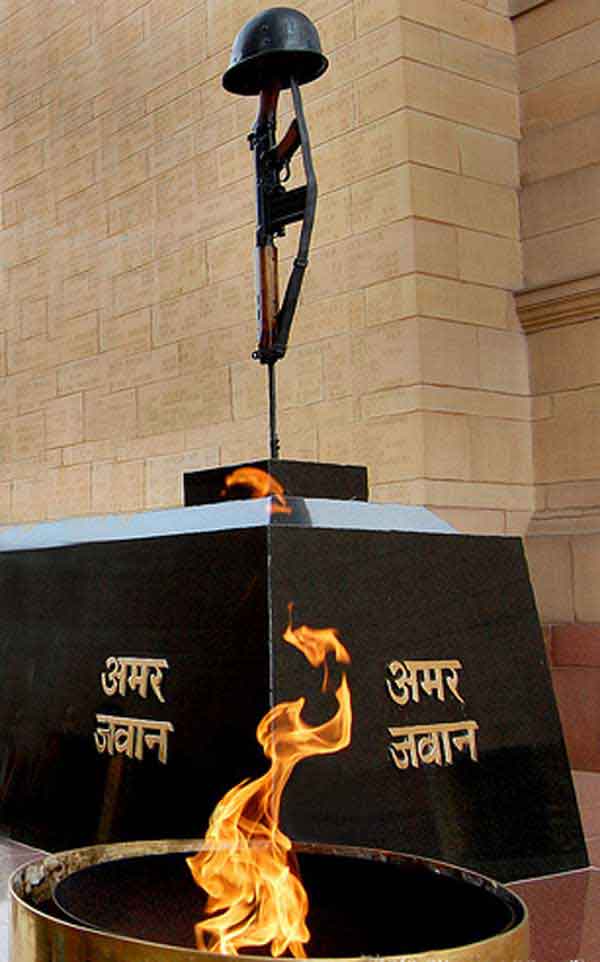 Even as the nation readies itself to pay homage to the extraordinary bravery displayed by the young officers and the men of the Indian Army during the Kargil conflict, the lessons thrown up raise many questions that reflect the political and the military leadership in poor light.

The infiltration by Pakistanis and positioning themselves on the various heights in Kargil must have been planned by GHQ Rawalpindi for a period of at least one year. On the intelligence front it implies that R&AW, the external intelligence agency was clueless and could not decipher the activity for almost one year.

…discovery of the intrusions reported by a shepherd reflects that our intelligence agencies, i.e. IB and MI do not keep in close contact with the ‘locals’, who can provide primary intelligence!

This amounts to a colossal intelligence failure.

Similarly to position Pakistani troops on to the heights would have taken considerable planning and time. Failure to detect the ongoing movement of men, rations, and the arms and ammunition for considerable time inside our borders amounts to serious intelligence failure at tactical level by Military Intelligence (MI) and the Intelligence Bureau (IB).

The chance discovery of the intrusions reported by a shepherd reflects that our intelligence agencies, i.e. IB and MI do not keep in close contact with the ‘locals’, who can provide primary intelligence!

The ingress of the enemy by stealth and occupation of heights ranging from 15,000 to 20,000 ft. was a clever move. Intruders held each major ridgeline with up to 40 Northern Light Infantry soldiers (Pak Army) under the command of an officer. The numbers of intruders were estimated to be approximately 1500. They were dispersed on each ridgeline between an area of five to eight kilometers. The intruders built sangars, brought in heavy weapons, sufficient ammunition and rations and other military stores.

The intruders were definitely in for a long haul.

Under normal principles of war, in any other country, the political leadership after permitting a small preparatory time to the military would  order crossing of Line of Control (LoC) and to occupy Skardu from where the support to the intruders was being provided. This would have disrupted supplies to the intruders and their survival on those heights would have become near impossible over a period of time, and our forces sitting in Skardu would have posed a direct challenge to the Northern Areas, which would have put Pakistan on the back-foot.

When an enemy dares to occupy your territory, the only sensible military response is to cut-off his supply lines in the rear and let the intruders starve on such great heights instead of taking huge casualties of young officers and men.

This sane action would have drastically reduced the number of casualties.

However, when the then Prime Minister asked the then Air Force Chief for advice, the former was told that if we crossed the LoC, it will escalate to a full-fledged war.

This advice was neither here nor there, as it was obvious and a matter of commonsense.

When an enemy dares to occupy your territory, the only sensible military response is to cut-off his supply lines in the rear and let the intruders starve on such great heights instead of taking huge casualties of young officers and men. Why did the prime minister not question the air chief on his advice and asked him for an alternative strategy to recover our land.

Were the prime minister and the air chief indulging in the widespread Indian culture of ‘logic of convenience’?

The orders reportedly given by the principal secretary to the prime minister (not by the prime minister) to the military chiefs was air-power will not be used but the army is allowed ‘hot-pursuit’ in the area of ingress. The hot-pursuit is normally conducted from your borders into the contiguous borders of the enemy country.

It is strange that in his ignorance, the principal secretary was asking the army to climb height ranging from 15000 – 20000 ft. in hot-pursuit to evict the intruders! Is it possible to run-up to chase the intruders to these heights? Is that a worthy political order to the military? Why did the prime minister not intervene with clear directive? Was the air chief being timid in his approach? Is the air force not supposed to come to the immediate rescue of the army? If the enemy dares to cross the LoC and occupies your territory in the mountains, will we not cross the LoC by using air power to neutralize his intensions, instead of young officers and men being made to climb the unusual heights and absorbing huge number of casualties?

Committees do not fight wars. Military to win wars cannot afford the luxury enjoyed by civil leadership  of appointing ‘Committees after Committees’.

Due to this totally incorrect method of war-fighting, we had to incur massive casualties and sacrifice more than five hundred young lives.

On the other hand, the army chief who was abroad on an official visit did not deem it necessary to return immediately and take charge of the situation. The explanation he gives is that nobody called him back. In the Indian Army it is customary that when the war breaks out, the officers and men who are on leave, out of sheer motivation and loyalty catch the next train to join the battle by reporting to their units immediately. It is also customary in the Indian Army for the Officers to lead from the front. Did the Army Chief not expect those on leave to rejoin immediately and the young officers to lead from the front?

Yet, the Chief did not hasten back to lead his Army from the front.

Another reason touted during the Kargil conflict for not crossing LoC was the fact that the Indian armed forces were not adequately equipped. The Bofors gun had neither the spare available nor adequate ammunition. The ammunition was imported at an extra-ordinary cost during Kargil.

Is it not the job of Ministry of Defence (MoD) to keep the armed forces well-equipped to meet all threats to the Union’s territorial integrity 24 x 7? Are the defence minister and the prime minister under constitutional obligations not responsible for the upkeep of its military?

The soft muddle-headed response in Kargil resulted in an emboldened enemy, who subsequently attacked the Indian Parliament.

Even today, the military is ill-equipped on both fronts, i.e. China and Pakistan. Who is responsible for this shoddy state of affairs? To win any war, the integration of the forces to optimize the military capabilities in defence of the nation is a necessity. Why has the political leadership not intervened effectively to ensure that necessary integration of the three services headquarters with the MoD, appointment of Chief of Defence Staff and integration of forces does take place?

Committees do not fight wars. Military to win wars cannot afford the luxury enjoyed by the civil leadership of appointing ‘Committees after Committees’. The soft muddle-headed response in Kargil resulted in an emboldened enemy, who subsequently attacked the Indian Parliament.

Similarly, timid Generals cannot win wars or safeguard the borders. The timidity witnessed in some places in the senior echelons of the military is the result of invasion of the ‘pacifist environment’ prevalent in the civil. Equipping the military with the best weapon platforms by the political leadership will generate confidence in the mind of the military and ‘deep offensive capabilities’ on the ground.

The best homage nation can pay to the martyrs of Kargil is to ensure that in  future military is given the wherewithal so that our young live and the enemy dies.

26 thoughts on “Kargil: Ours must live, enemy must die!”