Jostling by PLA at Doklam to Stake Illegal Claims 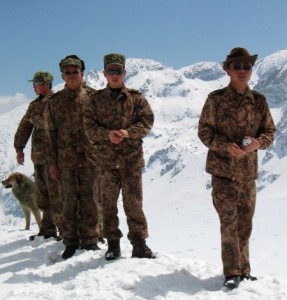 Yatris bound for Kailash-Mansarovar (KM) via the Nathu La in Eastern Sikkim were in for a shock – their Yatra was terminated at Nathu La without even a hint. The initial reason conveyed was that there had been landslides on the road beyond Nathu La on the Tibet side.

However, it did not take long for the actual reason to emerge, trust the Indian media. There had been an incident in Sikkim where Chinese troops had made ingresses into Indian territory and destroyed an old bunker with a bulldozer. Soon a video clip surfaced which showed heavy jostling between what evidently were Indian and Chinese military personnel. Interestingly troops from both sides were without their personal weapons – for the layman, no rifles, carbines or pistols. Now it emerges that that was the actual reason for China to unilaterally rescind an Agreement which had, only last year, been cause for celebration on the opening of a second route to KM.

The boundary between Sikkim and Tibet was formalised by a Convention between Great Britain and China in 1890 titled – Convention Between Great Britain And China In Relation To Sikkim and Tibet, signed in Calcutta on 17 March 1890 and presented to the British Parliament in April 1894. Article I of the Convention spelled out – “The boundary of Sikkim and Tibet shall be the crest of the mountain range separating the waters flowing into the Sikkim Teesta and its affluents from the waters flowing into the Tibetan Mochu and northwards into other rivers of Tibet. The line commences at Mount Gipmochi on the Bhutan frontier and follows the above-mentioned water-parting to the point where it meets Nipal territory.”  The Convention gave the status of “The High Contracting Powers” to Great Britain and China while subordinating Tibet and Sikkim.  It was further, admitted therein that “[T]he British Government, whose Protectorate over Sikkim State is hereby recognised, has direct and exclusive control over the internal administration and foreign relations of the State….”

The Tibetans did not accept these boundaries. In fact the seeds of disagreement between the British Empire and Tibet were already sown in 1876 when Britain signed the Chefoo Convention with China which effectively placed Tibet in the sphere of greater Chinese political interests in exchange for British privileges to exploit Burma.  As a result, the Tibetan government took offence for being bypassed by the British and refused to acknowledge any terms that would grant Britain any special rights to pursue commercial trafficking in their country. Doubts and difficulties arose on the meaning and validity of the Anglo-Chinese Convention of 1890 and the Trade Regulations of 1893 and as to the liabilities of the Tibetan Government under these agreements. On January 8, 1903, the British sanctioned a mission to Lhasa to negotiate with the Tibetans. But disagreement and distrust between them foiled the mission which got stalled for almost a year. It was then that the British gradually felt the need for Bhutan’s support to “resolve their differences with the Tibetans”. And they counted on one man, Trongsa Penlop Ugyen Wangchuck.Although initially the British sought Dzongpon Kunzang Thinley’s help in their negotiations with Tibet, the negotiations had failed. It was then that the master mediator came into the scene. Finally in December 1903, Sir Francis Edward Younghusband led a military mission to Lhasa. He headed a force of 3000 Afghans and Gurkhas and around 200 Sikhs with a ‘followers’ tail of 7000 under the command of Maj Gen MacDonald. The route they followed was from Nathu La to Yatung, Gyatse, Guru on to Lhasa. At Guru there was a major confrontation where a large number of Tibetans were killed. There was much drama in concluding the treaty and finally in September 1904, Younghusband, succeeded in getting the Tibetans to sign a Convention on Frontier Matters in consultation and in the presence of the Chinese Resident. The form and details of the Convention only added to the confusion of Tibet’s status. This ambiguity and the numerous interpretations that could be made suited all and sundry at that time. Ironically, these are being exploited by all affected parties now.

Sikkim became a full-fledged State India on 26 April 1975. Soon after, India unilaterally tweaked the alignment of the international boundary between Sikkim and Tibet as mentioned in the Anglo-Chinese Convention of 1890. The tri-junction was moved from Mount Gipmochi (Gamochen) to Batang La on the same watershed ridge. Maps in the public domain depict this as the stated Western Tri-Junction of India-Tibet-Bhutan. Ergo, Doklam Plateau becomes Bhutanese territory. The Chinese have not accepted this and have forced their way on to the Plateau and even constructed a motorable road right up from the Chumbi Valley.

This has two major implications for India. One, that by constructing a road to Doklam and deploying forces there, the Chinese open, for themselves, an option to bypass Indian forces deployed in the more formidable defences of Nathu La and Jelep La and thereby ease their ability to reach the hinterland around south Sikkim. Two, it reduces the crow flight distance from Tibetan China (south of the Chumbi Valley) to the Siliguri Corridor with all its ominous strategic consequences, which will not be discussed here.

One needs to interpret the Chinese actions in the current situation and the earlier ones to identify a pattern. The infamous transgression in Depsang ‘subtly’ choreographed to coincide with the visit of the Chinese Premier Li Keqiang to India is truly the strangest act of ‘military diplomacy’ in recent history!! The subsequent rap on the knuckle and kick in the butt of the PLA followed by the overhaul and purge could be attributed to the fallout of this incident. Later again in Chumar, during the visit of President Xi Jinping, the Chinese troops, for the first time, adopted the ‘jostling’ tactic. They jostled and pushed forward by leaning with their dead weight on any one stopping them and quickly sat down on the ground if they felt they were yielding ground. And when they saw a chance they leapt forward and sat down further inside – call it ‘kho-kho’ tactics!!! A traditional Indian rural sport now seemingly adopted and adapted by the PLA.  The troops of both sides were sans any personal weapons. The same tactic has been applied in Doklam.

The next issue is what were the compelling circumstances that forced them to act the way they did now? With the Governments Special Representatives meeting periodically and having repeatedly reiterated the need to “maintain status quo” (even in their talks with Bhutan) why does China disregard Agreements, Treaties and the ‘word’ it has given???

The trigger could be the visit of the Indian Prime Minister and his meeting with the US President. It was done to demonstrate that while India may cosy up with the US, it was vulnerable to assertive aggressive military actions taken by them (Chinese) on India’s borders. 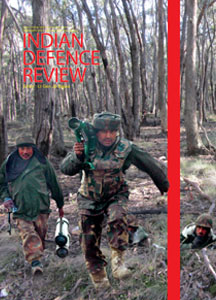 The credo was being built up over a period – India accusing China of blocking its bid for membership of the NSG; India holding China responsible for blocking its move in UNSC to list Masood Azhar as a terrorist; India accusing China of violating India’s sovereignty and territorial integrity by constructing the China Pakistan Economic Corridor through Indian territory occupied by Pakistan; India not buckling and boycotting the Belt and Road Initiative Forum attended by 29 Heads of State, UN Secretary General, Head of the International Monetary Fund and World Bank President – it hugely dented Chinese ego and prestige; securing the first India-Afghanistan Air Freight Corridor bypassing Pakistan. With all these actions India was getting under the skin of the Chinese. The Chinese government unleashed the Chinese captive media bulldog – Global Times – to accuse, abuse, warn and threaten India. It has been doing that for the last one over one week. One could link the Iranian Supreme Leader Ayatollah Ali Khamenei’s call to all Muslims to openly support the Muslims of Kashmir and “repudiate the oppressors and tyrants who attacked people in Ramadan.” He had also included Palestine, Yemen and Bahrain in the same speech in Tehran. Strangely he did not seem to be affected by the plight of the Uyghur’s!!  Are the Uyghur’s in Xinjiang Autonomous Region not being oppressed with their right to pray and organise religious festivals and even using certain names being severely curtailed?! Obviously the Ayatollah was made to say what he did say at some hint by the Chinese. All to put pressure on India.

As India treads a heavily mined path to stake its rightful place in the comity of nations, it will be subjected to such barbs and jostling. The place at the summit is always limited. It is sincerely hoped that petty politicking does not do India down.