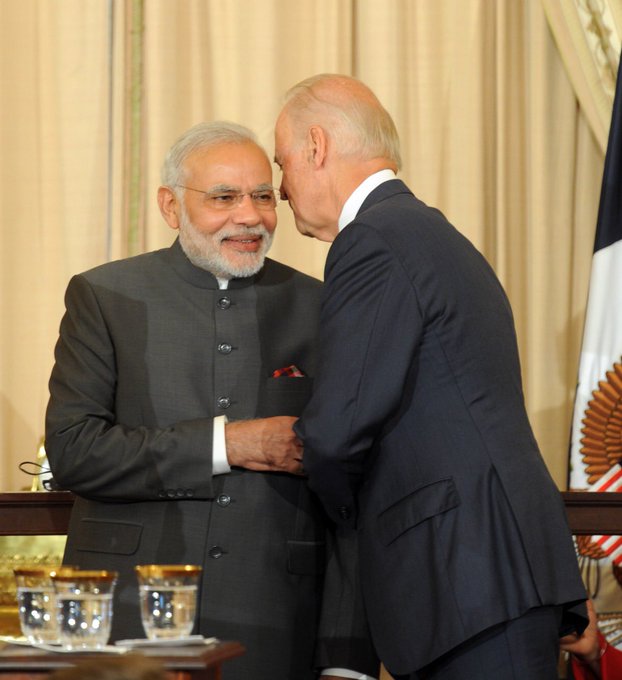 On January 20, 2021 the White House would have a new occupant. President Trump will vacate the same to welcome President elect Democrat Joe Biden as the 46th President of the United States of America (POTUS). The US elections,this time, were followed world-wide because of the impact incumbent President Trump had over global geo politics with his peculiar style of functioning. Finally, Joe Biden defeated him with convincing majority though Trump was unhappy and has approached the Courts. In all fairness Joe Biden will succeed and Trump will have to concede. In the process Trump will be remembered as the first sitting POTUS who failed to secure a second term since George Bush Sr apart from his numerous controversial decisions. Joe will inherit an extremely divided US, a fall out of America First policy of Trump.

Soon, the process of transition will begin in the US when the outgoing administration will hand over to the transition team of Joe Biden. Joe Biden will also commence the process of announcing his team. His choice of the members of his team will be the first indication of the likely mind of new POTUS with relation to burning domestic and global issues. As POTUS, Joe Biden, agile and alert at 77, will not only decide the future of the Americans but would also have the capacity, capability, authority and responsibility to shape the global destiny as well.

In India as well the election was followed very closely. India traditionally has enjoyed bipartisan relationship with the US. The upswing in Indo-US relations began during the presidency of Clinton, were further buoyed by Obama (Joe Biden was his Vice President), both Democrats, rose to a different level during Trump era, a Republican. Hence, change of presidency in the US has not had much difference in the past irrespective of the party in power. However, this time the situation is bit different because of the ongoing standoff with an expansionist and aggressive China as well as certain controversies at home leading to polarisation.

The nomination of Senator Kamala Harris as his running mate by Joe Biden created a concern in India with her nomination leading to mixed reactions. While a section was elated due to her Indian origin and the prospect of first Indian American holdingsuch a position in the US, a large section was also apprehensive of her perceived anti-India stance and critical statements relating to abrogation of Article 370 and the Citizenship Amendment Act (CAA) both considered as internal issues by the Government of India. Incidentally, both the new President and Vice President have Indian roots in common but if it would have any effect on their policy making or relations with India is highly unlikely. One thing is certain, Joe Biden is a friend of India and his track record from his early days as a Senator till the Vice President under Obama bears testimony to this fact. Certain statements made by Joe or Kamala while in the opposition are but natural because they were meant more to oppose President Trump rather than an interference in India’s internal matters. Certain statements are also meant to woo certain sections at home in view of the elections. Hence, there is no need to read much in those statements and look forward to further strengthening of Indo-US relations under the new team.

Trump will leave many problems for the new government. Naturally, Joe Biden will prioritise the sequence and manner he decides to resolve these problems. Going by the  2020 Democratic Party Platform (a document akin to manifesto) India is not in the priority list of the Party. It refers to China, North Korea, Iran, Middle East and Asia-Pacific but does not mention India specifically. However, the Democrats realised soon that ignoring India may cause them loss of critical Indian American votes and the Biden campaign released a separate policy paper on Indo-US relations. Considering India’s strategic location dominating the Indian Ocean, its size and economy and a successful democracy, no government in the USA can afford to ignore India.

As mentioned earlier the new POTUS is a friend of India. From his early days as senator till recently Biden has been espousing India’s cause in the US and lobbying for Indian interests as an admirer of world’s largest democracy. He has also been an advocate of deepening strategic engagement with India, cooperation with India on meeting global challenges as well as enhancing trade relations with India. He has remained a strong believer of the fact that India and the US are natural partners. In 2006 he dreamt of India and US to be the closest partners in the world by 2020. Had a stellar role to play in approving the US-India Civil Nuclear Deal in 2008.  It was during Obama-Biden administration that the US for the first time had declared US support for the permanent membership of India in an expanded and reformed United Nations Security Council. During the same administration India was named as a “Major Defence Partner”, making India eligible to be treated at par with closest US allies as regards advanced and sensitive technologies needed to strengthen Indian Armed Forces.

Some people apprehend that since more than 80% American Muslims have voted in his favour, Biden’s policies may be pro-Muslim. Even if they are, they wouldn’t have much significance on our relation. At best they would be favouring American Muslims or would help those Muslims willing to migrate to the USA. Any apprehension of him interfering in Kashmir and CAA is highly unfounded and would only force India to be cautious. Biden and Harris have both spoken out against India’s human rights violations. The Democrats have always been supportive of India on Kashmir. In his Agenda for Muslim-American Communities, Biden had condemned the Modi government’s new Citizenship Act and a separate attempt to build a population register that could provide future justification to expel or intern foreigners. Biden at the same time had also committed to strengthening the U.S.-India relationship. “The U.S. and India will stand together against terrorism in all its forms and work together to promote a region of peace and stability where neither China nor any other country threatens its neighbours,” Biden wrote in an op-ed in an Indian-American newspaper in October. He is unlikely to change American stance on Al Qaeda, ISIS and other radical jihadi terrorist organisations.

On the controversial issues like CAA and population register or abrogation of 370, Biden administration is likely to avoid lecturing India in public because it realises that it may not go well with the present nationalist Modi led government in Delhi and may retard the growing friendship between the two countries which is very critical for the US global interests. Even Modi government’s action against many foreign funded NGOs which purportedly were working against our national interests and banning of Amnesty International has not gone down well with many Democrats. There are bound to be differences of opinion on many issues just like during the Trump administration but mutual discussions would ensure that these do not affect the cooperation between the two on many critical issues of mutual importance.

China, trade and certain global issues like terrorism and climate change are the issues of concern as far as India is concerned. There is no doubt that on China, terrorism and climate change the Biden administration and India will have convergence. Both Trump and Biden shared a hostile view of China during the campaign. Biden is not going to release the pressure built on China by the Trump administration. There are chances that Biden may even toughen his stand against China if the later persists with its expansionist and anti-democratic agenda. But Biden favours a consensus based approach in dealing with China as compared to confrontationist approach of Trump.

Biden is in favour of strengthening the QUAD. He also wants to strengthen the Indo-Pacific policy as well as provide support to Taiwan and Hong Kong. Biden also wants to strengthen ties with the US allies meaning strengthening of the NATO and relations with allies like Australia, Japan, Philippines and South Korea proposing a GRAND Indo-Pacific Alliance. He has also committed to strengthening the military cooperation between the US and India. It is important to note that India and the US had signed three agreements for closer military cooperation in the backdrop of growing tension with China under Trump. Biden Administration is going to have a very different approach to climate change which is likely to benefit India. As regards fighting terror Biden has already announced his commitment of fighting the global menace along with India.

As far as trade is concerned Biden is going to be less obtrusive than Trump. India already enjoys a trade surplus with the US. It is not only the goods trade but India also accounts for nearly 5 percent of US’s services imports from the world. US is the fifth largest source of Foreign Direct Investment (FDI) in India. The Indian stock market is already showing a positive impact like the Wall Street. There may not be much change in Visa regime but the IT industry is likely to benefit. Despite good personal relations between Trump and Modi, the much awaited trade deal between the two countries could not be finalised. Keeping in view the promised focus of Biden on rebuilding Covid-hit economy of the US, chances of expecting any concessions appear dim.Biden however had been an advocate of strengthening trade relations with India. India would expect restoration of Generalized System of Preferences (GSP) benefits from the Biden Administration. However, it remains to be seen if the new administration uses the same as a leverage for its differences on certain issues with the Modi government.

Even PM Modi has hoped the same in his congratulatory message to the President elect. Modi has tweeted, “As the (Vice President), your contribution to strengthening Indo-US relations was critical and invaluable. I look forward to working closely together once again to take India-US relations to greater heights.” India has embarked on the path of Aatm Nirbhar Bharat to meet the challenges of post-Covid era. It is the best option for India. Despite temptations and provocations India so far has resisted joining a particular camp but instead has continued with its strategy of need based bilateral or multilateral agreements in keeping with her national interests. India must continue on the same path. Better Indo-US relations will definitely help India achieve her aim of Aatm Nirbhar Bharat much quicker. With the US help India can emerge as a preferred choice in relocation of supply chains from China and building of new global supply chains with Bharat emerging as the nerve-centre.

By all counts, Joe Biden’s presidency will augur well for Indo-US relations. It will stand by India in case of a confrontation with China and in the long run add to Bharat’s pursuit of Aatm Nirbhar Bharat.

One thought on “Joe Biden and Bharat”