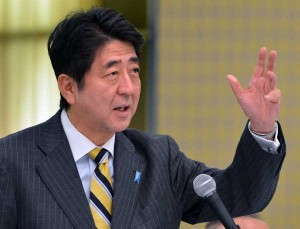 On 18 December 2018, the Japanese government under Prime Minister Shinzo Abe approved the new National Defence Programme Guidelines (NDPG) along with the new Mid-term Defence Plan (MTDP). One of the objectives of the NDPG is to outline Japan’s basic approach to national security in conformity with the National Security Strategy (NSS). The MDTP spells out the list of national defence requirements for the five years 2019-23and provides a road map for acquiring the necessary capabilities to meet the goals of national defence.

When in 2012 Mr. Abe came back to power, it was expected that the country’s national security policy would undergo major shifts. In December 2013, he announced Japan’s first National Security Strategy and also established the National Security Council. Simultaneously he also announced the new National Defence Programme Guidelines and the Mid–term Defence Plan for 2014-18.

But only five years have passed since then and Mr. Abe has now created a new precedent by revising the NDPG and preparing the MTDP for 2019-23..No Japanese prime minister has revised the Guidelines twice while staying in office.

To be sure, the duration of the Guidelines is not fixed, but varies from time to time depending on the national security environment. For instance, the first Guidelines were formed in 1976 under the full impact of the cold war. They were replaced in 1995 giving full consideration to the altered security situation during the post-cold war years. Subsequently, the Guidelines were further revised in 2004, and 2010.

As noted earlier, having formulated the Guidelines only in 2013, what are the reasons for Mr. Abe’s “haste” to revise them again now? The government has stated that “the seriousness and uncertainty of the national security environment are growing at a far faster pace than expected”. The usual official explanation is that despite the recent “thaw” in Sino-Japanese relations, one cannot ignore China’s expanding military strength and its growing naval activities in the East and South China seas. Similarly, while Japan recognizes the improvement of North Korea’s relations with the US and South Korea in recent months, it still has serious reservations about Pyongyang’s commitment to carrying out its denuclearization promises. That is why Mr. Abe continues to advocate the need for maintaining maximum pressure on Pyongyang. In addition, the Japanese government also feels that the significant national security legislation initiated by Mr Abe in 2016 , which also included Japan’s right to collective self-defense , should be factored into the National Security Guidelines.

But a more important reason is that US administration Under President Donald Trump has been putting unremitting pressure on Japan to purchase more defence equipment and hardware from the US to narrow the bilateral trade imbalance.

Prime Minister Abe addressing a panel of defence experts on 11 December 2018,flagged the idea that “ We must completely rid ourselves of our old ideas based on the existing division of ground, sea and air defence and carry out reforms at an unprecedented speed.” In the new Defence Guidelines, the government has shown great urgency to guard against attacks on satellites in space, and destructive cyber-attacks on information networks and electromagnetic threats in addition to safeguarding the conventional air, land and sea defence. The Guidelines have introduced the new concept of “multidimensional integrated defence” capable of countering space and electromagnetic threats. In pursuance of this concept, the government is set to establish suitable units like a space force to counter those threats.

The government has also approved a record sum of Y 27.47 trillion ($242 billion) for defence in the five years covering 2019-23. An important part of the expenditure is centered around purchasing F-35 stealth fighters and the cost of one fighter is about $100 million. It is estimated that Japan will buy 105 of these planes including the short- takeoff/vertical landing F-35B version at a cost of about Y 1 trillion. This will undoubtedly please the Trump administration.

A big chunk of the Mid-term plan will be allotted to expanding capabilities in space, cyber and electronic warfare defence and to balancing China’s increasing strength in the region.

The mid-term defence plan also envisages more than Y 240 billion for two new Aegis Ashore land-based defence system as well as nine E2D early warning aircraft. Since March 2018, the Japanese Government has been evincing considerable interest in upgrading Izumo-class helicopter carriers to enable the deployment of US F-35B fighters that are capable of short-take offs and vertical landings. This idea of converting the Izumo destroyer into an “aircraft Carrier” has evoked a great deal of criticism in Japan and many allege that it violates the spirit of the Constitution which is centered around using minimum military capabilities required for the country’s self-defence.

In Japan, expenditure on defense has always been a subject of serious political discussion and a matter of strict public scrutiny. It was in 1976 that a decision was taken by the Japanese government to keep the defence expenditure of the country below 1% of the GDP. Even though the Japanese Constitution does not talk about any monetary limit, successive governments have been meticulously following the 1% ceiling though in the mid-1980s, the then Prime Minister Yasuhiro Nakasone exceeded the ceiling once. Considering that the government has planned to spend a huge 27.47 trillion ( $242 billion ) for defence during 2019-23, many in Japan fear that Mr. Abe may be inclined to cross the traditional ceiling. They recall how in May 2018, the ruling Liberal Democratic Party called for scrapping the prevailing one percent restriction on the country’s defence expenditure. Their concerns are based on the fact that Japan’s defence trajectory has been growing since Mr Abe came to power 2012.