Its War - And India has to fight it as such 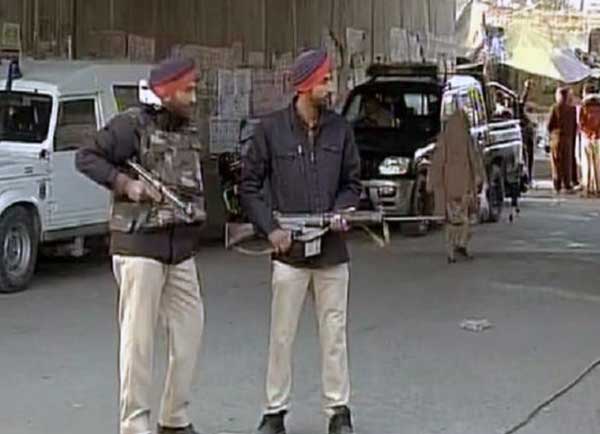 The house where Gunner Manpreet Singh was born near the border town of Gurdaspur in Punjab is called “fauzian da dera” – the abode of the soldiers. The youngest of the three soldier brothers, he died in a surprise attack in Uri sector in J&K where Indian army is fighting what has been termed as counter-insurgency (COIN). His mother, Sukhbir Kaur lending her shoulder to the casket carrying the mortal remains of the soldier (please see the news article Here – http://www.tribuneindia.com/news/pu…) went through my heart like a screeching, jarring, wrenching pain that I could not stop myself in writing the couplet in Punjabi:

Fundamentally a new doctrine has to evolve – and it should have been in place by now as India has been subjected to the transformed war since ’80s.

O’ brother, why do I need tears, when my heart has become a sword?

Why do you cry O’ people, when my Son has become a rich man today?

A nation that has Sukhbir Kaur as its mother, need to be immensely proud. Indeed.

Yet the nation demands action or counter action. The pain threshold was suppose to increase.

Is the problem only “political will”?

We have been calling the “war” in J&K as insurgency since 80’s. Further, there has been a question about political will to go ahead with the “conventional war” Indian Defence Forces are trained for. However, my assertion is that lack of political will doesn’t cut ice any more. We have been subjected to a war. This is a war that is a transformed one. Unfortunately, we are fighting it with British supplied doctrine of fighting conventional war of the old.

By now we should have developed our response as a holistic approach. That alas requires our military to recognize the transformed nature of warfare.

I have a suggestion to all journalists, commentators and defense forces. Please stop calling it “Counter Insurgency” or as the Americans coined the term “COIN”.

India needs to fight this War in new ways. We need to find them.

A war it is. Only a war that is peculiarly different.

The new shape is continuous overtly-covert war. It comes in the shape of maximizing psychological impact through small engagements. The commando type training and capabilities being given to the “insurgents” clearly indicate these attacks to be Special Forces Operations (SOF) from across the border. From my notes from late 90s, Insurgency is defined as, “Insurgency – An organization or movement whose purpose is the overthrow of a constituted government through the use of subversion and armed conflict” Military Review 67, 2 (Feb’ 87).

By the way – COIN as US strategy has been argued to be a “failure”, as can be discerned from the recent writings such as here (http://www.theamericanconservative.com/…).

It’s a new type of War

Traditional factors of war – classical armies have been trained to fight on MTTR (Mission, Terrain, Time and Resources) and Fog of War need to be factored in. Those lessons hold true when you know the enemy.

In the new type of war new factors are important

While the Army learns tactical and operational lessons from the wars it fights, it sometimes struggles to recognize the broader implications of its experience and adapt at a strategic level.

– Networked Thinking – rather than hierarchical thinking (distributed independent command and control – a loosely coupled C2 with independent units of even a single soldier given authority, access and responsibility to engage)

– “Combat Elasticity” has to be created, nurtured and expanded

Can we learn from USA’s wars failures?

The recent Rand report gives a detailed account of lessons of the wars that USA has been fighting. One can access the report here (http://www.rand.org/pubs/research_r…). The report is titled “Improving Strategic Competence”. It provides 7 lessons of war. However, it describes the following two trends since WW II,

• Land warfare has evolved away from conventional combat against state actors and their standing forces to an increasing incidence of irregular warfare fought by joint forces against non-state actors. This has led to an increasing U.S. reliance on special operations forces.

• While the Army learns tactical and operational lessons from the wars it fights, it sometimes struggles to recognize the broader implications of its experience and adapt at a strategic level.

The above is true for Indian Forces as well. Our lessons of the war have been very limited to reactions operating in the overall scheme of classical warfare. Further, the opponents are riding on the trends above to camouflage their “war” as irregular warfare by non-state actors.

The new war is fought by cunning jackals and they need to be responded to in a manner befitting their ways.

The lesson that Indian defense forces (all police, para-military, military and special operation forces) should learn is that this war has to be fought across the organizational boundaries. The adaptation and evolution (potential disruptive change) is needed at the strategic and operational level to counter this new type of warfare.

The war games – whether emulated or simulated have to be redone completely. Indian forces need to factor in new parameters and new characteristics of the transformed war. Time and patience is running out.

Our mothers can transform their hearts into swords, in the hope that we will be able to respond to the cunning enemy that has designed the new war with counters that will require a comprehensive revamp and inventiveness of a chameleon-fox, rather than the roar and courage of the lions. The new war is fought by cunning jackals and they need to be responded to in a manner befitting their ways.

Sukhbir Kaur’s heart and Manpreet singh’s courage has to be molded into poisoned daggers that slice the perpetrators of the new war in such a manner that they get caught in their own web.