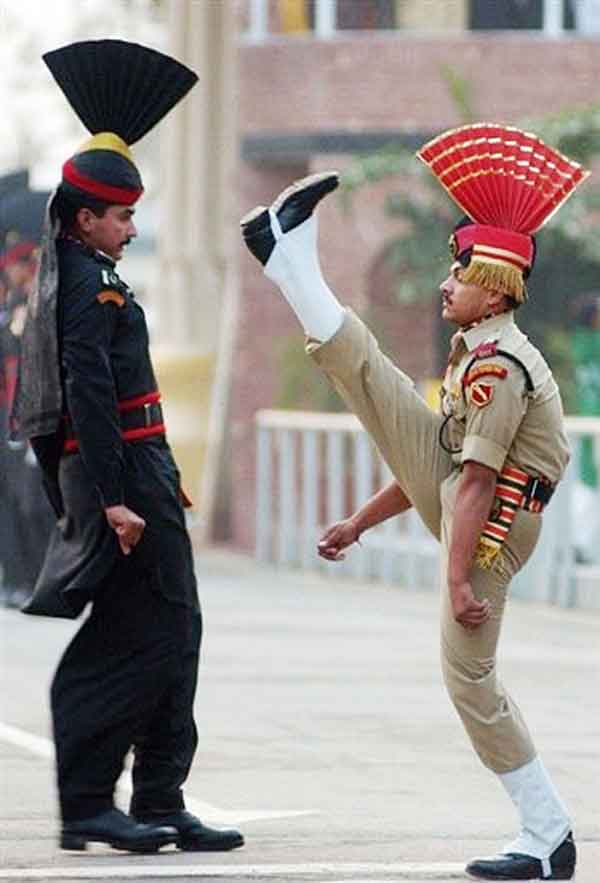 India’s long delayed and eagerly expected surgical strike against Pakistan’s launch pads across the LoC, where militants of various Tanzeems are stationed just prior to their induction into India, has had its effect; more on the psyche of Indian people, who were demanding such an action, and less on Pakistan, which denied that any such surgical strike ever took place.

…it can be said that the decade of nineties was diplomatically a testing time for India. Kashmir was in turmoil; the world did not consider the breakout of insurgency there as being sponsored by Pakistan.

However, Pakistan Army, which took the brunt of this strike, both in real and psychological terms, should now onwards be under no illusion about India’s likely reaction any strike is launched by Pakistan-based militant groups on Indian assets across the IB/LoC.

Nevertheless, surgical strikes/ other military responses have their own limitations: most serious being the possibility of such responses cascading into a full-fledged war, which none of the adversaries wants in the first place.

According to an old adage, war is an extension of diplomacy, and all diplomacy centres on protecting a nation’s vital interests at all times and under all circumstances. It is, by its very definition, a dynamic process as the international situation keeps changing all the time.

Ever since independence, Pakistan has been at the core of India’s foreign policy focus. From independence to the late eighties, India and Pakistan were on the opposing sides of the cold war divide. The nineties were a period of flux as the breakup of Soviet Union and emergence of radical Islam as an international threat was just manifesting itself, though India had clearly become its victim, first in Punjab and then in Kashmir. Needless to say, diplomatically, India held its own, except during the nineties, when the breakup of Soviet Union left us friendless.

In retrospect, it can safely be said that the decade of nineties was diplomatically a testing time for India. Kashmir was in turmoil; the world did not consider the breakout of insurgency there as being sponsored by Pakistan. Pakistani propaganda had also succeeded to a great extent in selling the theory that India was involved in wide spread human rights violations in Kashmir.

A nuclear Pakistan, supported by rising China, has emerged as the centre of militant activity based on radical Islam.

What saved the day for us diplomatically during this crucial period was the fact that most powerful countries and various military blocs were busy redefining their post-cold war strategies to meet new challenges. They, perhaps, had no time for Indo-Pak faceoff, which in any case was no new phenomenon.

Situation is totally different now. A nuclear Pakistan, supported by rising China, has emerged as the centre of militant activity based on radical Islam. Al Quaeda, Taliban, Haqqani (bad militants) – network, was created, supported and controlled by Pakistan. Some of these have now become a millstone around its neck. Other militant groups like India- centric, LeT and Jaish- e- Mohammad and D Gang (good militants) are being used by Pakistan to strike at India.

For India, the biggest diplomatic challenge is to erase the distinction between the two and compel Pakistan to act against all militants. Even a bigger challenge is to compel Pakistan to ensure that militants do not use its territory to launch attacks on India. India has been spending an enormous effort into getting the world to support India’s position on the issue.

Recently, three events of international significance were held within days of the Uri attack and subsequent Indian strike across the LoC. India went all out to use these events to expose Pakistan’s continued use of terror as its State policy. Pakistan too upped the ante by projecting internationally the post Burhan Wani- killing unrest in Kashmir to embarrass India and blunt its argument about Pakistan-sponsored terror. However, media reports suggest that Pakistan got little mileage out of its effort which involved sending a number of its emissaries to various world capitals to draw sympathetic response to its Kashmir cause.

What made matters worse for Pakistan, is the fact that Bangladesh, Afghanistan and Maldives are Islamic countries which decided to vote against the self- proclaimed leader of the Islamic world, Pakistan.

On the other hand, India did succeed to a large extent in putting across its point of view effectively. As far as the cancellation of 19th SAARC summit at Islamabad was concerned, it certainly was a diplomatic slap across Pakistan’s face. India’s decision to pull out of the Summit was endorsed by Bangladesh, Afghanistan and Bhutan, with Srilanka and Maldives following suit.  Nepal’s position was a little tricky, as it was the chair of the summit and had to maintain strict neutrality. But, seeing the stand adopted by nearly everyone else, Nepal had no alternative but to defer the summit. Such isolation of one country in a regional organization is unprecedented.

What made matters worse for Pakistan, is the fact that three of the above countries, i.e., Bangladesh, Afghanistan and Maldives are Islamic countries which decided to vote against the self- proclaimed leader of the Islamic world, Pakistan. It is nearly certain that the future of SAARC is all but over.

Thereafter, followed two very important summits in India, i.e., BIMSTEC (The Bay of Bengal Initiative for Multi-Sectoral Technical and Economic Cooperation), and BRICS (Brazil, Russia, India, China and South Africa) Summit. With India and other south Asian countries having an option to continue their regional cooperation through BIMSTEC (Bangladesh, Bhutan, India, Myanmar, Nepal, Srilanka and Thailand), it is quite likely that this forum will emerge as an alternative to SAARC. In due course, Maldives and Afghanistan can either be co-opted into the grouping or multilateral agreements can be signed with them to ensure these two important SAARC members too are brought into this regional cooperative mechanism.

India had intelligently planned these meetings in a manner that the BIMSTEC and BRICS got dovetailed into each other, thereby giving an adequate opportunity for the leaders across both the Summits to interact on important issues, including the Pakistan sponsored terrorism. In both the Summits, besides discussing the pre-approved agenda, India did not let the focus shift from cross-border terrorism.

Bangladesh and Afghanistan, like India, being the victims of this scourge of terrorism exported by Pakistan, spoke in one voice; much to the embarrassment of Pakistan’s all weather friend, China.

Bangladesh and Afghanistan, like India, being the victims of this scourge of terrorism exported by Pakistan, spoke in one voice; much to the embarrassment of Pakistan’s all weather friend, China.

In BRICS summit, India had to deal with two important countries, Russia and China, both members of the UNSC (United Nations Security Council). India was aware of the fact that Russia and China were getting closer in view of the changing geo-political environment in post-cold war era. It was also known that Russia and Pakistan had recently held a joint military exercise with in Pakistan.

India took care of Russian reservations, if any, by entering into a 5 billion USD deal with Russia just before the start of BRICS summit. It involved the purchase of S-400 Triumf Air Defence System and joint production of Kamov 226T Helicopters, besides outright purchase of 4 State of the art naval frigates. In fact Indian PM, Narendra Modi’s statement that “One old friend is better than two new friends”, put Indo-Russian friendship in perspective.

As far as China was concerned, its firm friendship with Pakistan is well known. China has put enormous resources and its prestige at stake into ‘China Pakistan Economic Corridor (CPEC)’, which will give China a much shorter and easier access to Gwadar port on the Arabian Sea. Therefore, huge effort was put in by Indian side in persuading China to re-think its stance of vetoing the naming of Azhar Masood as an international terrorist in the United Nations and opposing India’s entry into Nuclear Supplier Group (NSG).

…every big or small country in the world feels that isolating Pakistan diplomatically will not be in the interests of the world peace. However, the world too understands that Pakistan’s fathering and sponsoring of terror outfits needs to end.

A section Indian media has criticised the government’s failure in ensuring the inclusion of cross –border terrorism in BRICS Goa declaration. It has particularly castigated  the Union government’s failure in getting LeT and Jaish e Mohammad named in the declaration, particularly when two West Asia n Terrorist groups, namely, ISIS and Nusrat Al Jabhat were included in the declaration. However, the Union Govt has said in its defence that the BRICS Goa declaration, was by far, its strongest ever statement on terrorism till date.

Later, India also expressed its disappointment with the muted response of European Union (EU) to the Uri attack. Besides, despite its repeated pleas, UN General Assembly has not been able to adopt the draft Comprehensive Convention on International Terrorism (CCIT).

It may be mentioned that Pakistan occupies an area which is geo-politically very important for three reasons; first, it controls the access to land-locked, resource- rich Central Asia; second, its ISI has either direct control over many terror / Jihadi organizations or has well established communication channels with nearly every existing terror organization of the world; third, it is a nuclear power, with its nuclear assets being constantly under threat by various anti-Pakistan terror groups.

Therefore, every big or small country in the world feels that isolating Pakistan diplomatically will not be in the interests of the world peace. However, the world too understands that Pakistan’s   fathering and sponsoring of terror outfits needs to end.

Therefore, whereas India’s diplomatic offensive has further exposed Pakistan, it has not quite isolated it internationally.

is author of the book Kashmir: Its Aborigines and their Exodus.